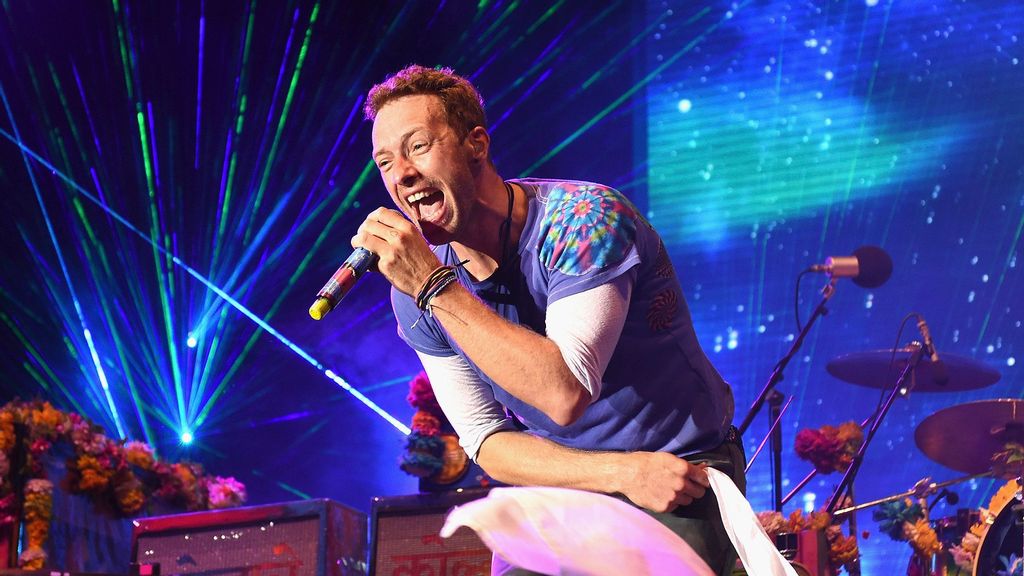 Chris Martin from Coldplay performs on stage during the Sentebale Concert at Kensington Palace in London, England. (Tabatha Fireman/Getty Images)

WASHINGTON — British rock band Coldplay has officially announced their ninth studio album, “Music of the Spheres.” The 12-track LP is produced by pop producer Max Martin and will release on October 15, 2021.

The popular band, fronted by singer Chris Martin, announced on July 20, 2021, their new album on Instagram via a handwritten note alongside an album trailer, which combines an animated cosmic journey through the album’s planetary artwork with short clips of the album’s 12 tracks.

The band’s note also seemed to hint at other sci-fi themes with the phrase “Everyone is an alien somewhere.”

The band on May 7, 2021, released the album’s first single, “Higher Power,” and will follow with another track, “Coloratura,” on July 23. The band will also release a new single in September 2021, reports suggest.

The band has also revealed the complete album tracklisting — with five of the twelve tracks represented by emojis. Some of the tracks are “Humankind,” “Let Somebody Go,” “Biutyful,” and “My Universe.”

The band had announced “Higher Power” via cryptic billboards around the world pointing to a mysterious website called alienradio. fm. Fans managed to decipher the letter-like symbols to uncover the song title and release date.

The famous British band hasn’t yet announced touring plans but is scheduled to perform as a part of Global Citizen Live, a 24-hour event on September 25, 2021.

Coldplay is one of the biggest bands to emerge since the turn of the century. It is often considered to be the most successful band of the twenty-first century. The band’s trophy room includes seven Grammys, nine Brit Awards, and nine Billboard Music Awards. They are one of the best-selling acts of all time, with over 100 million albums sold worldwide. The albums “Parachutes,” “A Rush of Blood to the Head,” and “X&Y” are among the best-selling in United Kingdom history. “Viva la Vida” was the first single from a British group to reach Billboard Hot 100 in 2008.

In 2003 and 2010, the band was nominated for a Golden Globe Award for their song “Atlas,” and the Ivor Novello Awards and ASCAP London Music Awards recognized them as “Songwriters of the Year,” respectively. They won an American Music Award, eight MTV Europe Music Awards, seven MTV Video Music Awards. Coldplay was recognized as the 28th most awarded act of all time by Fuse in 2014.

Despite their worldwide success, Coldplay has a reputation for being extremely cautious of how their music is used in the media, only allowing it to be used in rare instances. They’ve previously rejected down multimillion-dollar commercial contracts from Gatorade, Diet Coke, and Gap, who wanted to use “Yellow,” “Trouble,” and “Don’t Panic” in advertisements.