Celebrating Life: The Journey From Drug Dealer To Vice President Of A Fortune 1000 Company 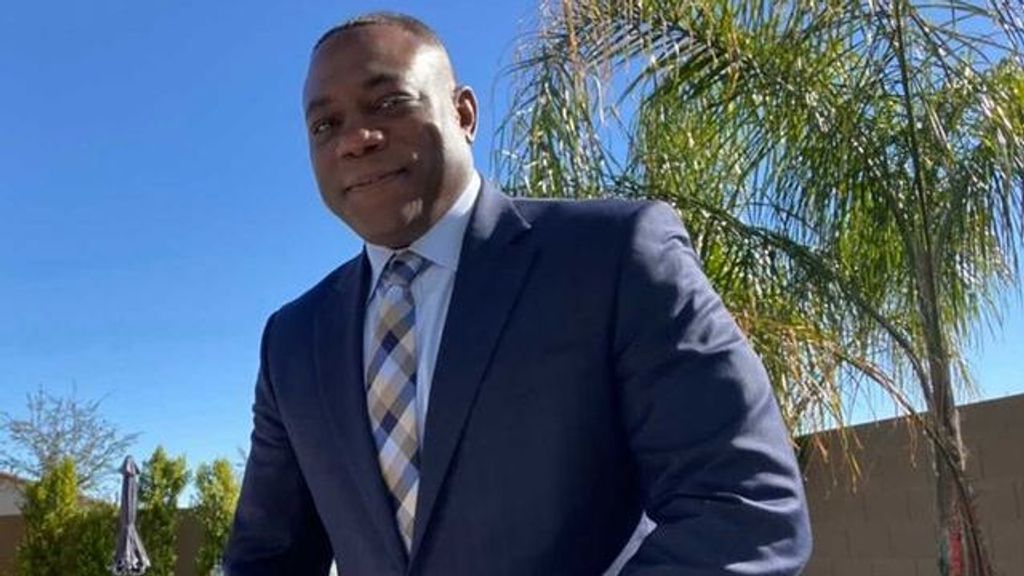 Titus Gardner overcame many obstacles throughout his life on his journey to becoming a successful businessman. (Courtesy of Titus Gardner)

It’s not how you start, inevitably it’s how you finish.

Truer words couldn’t be spoken when discussing Titus Gardner’s journey. Gardner nearly slipped through the cracks that so many inner-city youths fall through. Given his backstory, he seemed destined to become a statistic instead of a vice president of a Fortune 1000 company.

But as faith would have it, he humbled himself, got the help he needed to heal from his tumultuous youth and is destined for greatness. As a teenager, he lost both parents to HIV/AIDS, he fell into the street life and became a weight-pushing (moving large amounts) drug dealer. Now, living in Phoenix, Arizona, he is vice president of CCS Facility Services.

Using his Instagram account as a motivator for others with similar upbringings, Gardner has finally found his calling.

Zenger recently spoke with Gardner about his street life, current position and sobriety.

Zenger: Things got bad for you at a young age. You found out the man you knew as your father was not your biological father. Then you lost both parents to HIV/AIDS. Where are you physically and mentally today?

Gardner: I’m doing well right now. Physically and mentally, I feel better than I have in many years.

Zenger: As a youngster, you overheard the conversation of your parents finding out they were HIV-positive?

Gardner: Yes! We had moved to Colorado Springs. Back then, HIV was a huge pandemic like COVID. It was a very unknown thing; People were sketchy about it and concerned inn the lower-income neighborhood that we lived in. There was a nurse, I’ll never forget; her name was Helen. She was going door to door giving free HIV tests. My parents took one, they had no idea they were HIV-positive at the time. So, when the results came back, it was late at night. Me and my younger brother shared a bedroom right next to my parents’ room. I heard my mother tell my father, “We’re positive; we’re going to die. What are we going to do? What about the kids?” I tried to chalk it up as a nightmare.

Zenger: Were they dealing with drug addiction and that’s how they contracted it?

Gardner: My father was in the Vietnam War, and I think part of his coping… he really never talked about the war. He was doing heroin. One day, before we moved to Colorado Springs, we were in Yonkers, New York, and he was out washing his car. I saw a needle sticking out of his back pocket. I probably was 12 or 13 at the time.

I remember asking him: “What’s that in your back pocket?” And he played it off, “Oh, that’s nothing. Don’t worry about it.” I was old enough to understand that it was some type of drug, and it wasn’t good. As I got older, I realized that’s where the contraction of the disease HIV came from, through his use of heroin. My mother was an innocent party; she contracted it through my father.

Zenger: Wow! At some point you turned to the streets and began selling drugs. What was that period in your life like?

Gardner: At the time, it was my outlet. When my father died, it was very real to me. This wasn’t a dream anymore. And my mother was a bible student, and she would tell me: “Titus, you need to study the Bible because I’m going to die.” She’s telling this to a 15- or 16-year-old. She used to always say that she’s not afraid to die, she just didn’t want her kids separated.

“I was the oldest, and she told me that I had to keep it together. Out of confusion, out of fear, I ran to the streets. There were kids we hung out with whose older brothers were in the dope game. That was my outlet. I turned to a life of violence. I grew up in martial arts, so I would fight a lot. I got challenged a lot by older kids. I had a reputation on the streets as being a really good fighter. It was easy for me to fall into that game because a lot of people respected me and looked up to me.

We started off as small-time, petty runners and servers to meeting other people and getting connections to become larger from making serves to actually selling weight.. It was scary at times. You’re always watching your back, not knowing if you’re dealing with undercovers, people always after you. The street life that you read about and see on TV, shootouts were an everyday occurrence.

My mother was still alive at the time. I would go to her house and try to give her money, but she didn’t want my money. She knew where it was coming from. So I would get her new tires, buy my younger siblings video game consoles, things like that. I was involved in the streets and that was my escape from facing the realities that were in my life at the time.

Zenger: You use your Instagram to share positive affirmations and motivational videos. You recently shared a photo from your drug-selling days and a recent photo in a suit and tie. Why was it important for you to share those images of yourself?

Gardner: I think growing up at that time, a lot of teachers and people … growing up in that lower income, you hear it a lot, you’re not going to be anything. I wanted to say that stigma is not true. We can have events in our life and things in our past that causes us — out of fear or not understanding what’s going on, out of not having the proper support or guidance —  to run to the streets, or get on drugs or alcohol. That doesn’t have to define the person. With the proper support and belief system, you can change your life around. I just want other people to understand that and to believe that.

Our past doesn’t have to define us. That was the reason for me sharing that story, to give hope to our young ones. You may be in that environment, but you can turn your life around. You can change and have a brighter future if you want it.

Zenger: What led you to Arizona and to CCS Facility Services?

Gardner: I moved to Arizona to take a job. I was working for a guy that I became pretty close friends with in Denver, Colorado. He moved here in 2004, and he founded a company. A year later, as the company was growing, he needed more support. He offered me a position with him and his business partner. I accepted and my family and I moved here in ’05. We grew the business. We worked very hard at the business. We sold the business in 2008 to the company that I work for now, and through hard work and working on myself and trying to be the best version of myself every year, even though I struggled at times with alcohol, I was able to grow with the company.

I became a valued add to the company, which led to me being promoted to the position that I am in today.

Gardner: That represents a huge life game-changer for me. No longer did I need to use alcohol as a coping tool. I had to humble myself, dig deep and realize the place that I was in, and realize I couldn’t get out of it on my own. All these years, I’ve had my ups and downs with alcohol. Even though I’ve had some career and monetary success, I still was held back by alcohol, because that’s how I learned to deal with problems at an early age.

I just felt like I was spiraling out of control. Everything was a house of cards that was just going to collapse at any moment. I’m a hard worker. I put so much into my job, but I felt that I was on the verge of losing my job or my position at any minute, losing my family. I had already been excommunicated from my religion. It felt like I was losing control.

I decided to go online and do some research on some professional help. I found an organization called, Lionrock Recovery, and that day changed my life. Through being humble, through really looking at myself, and focusing on how important change was going to be for me. I went in it 100 percent! I was totally honest with myself; therefore, I was able to benefit from the program.

I was able to learn different skills to cope with things. I’m proud to say that I have completely turned my life around. I’ve been reinstated back into my congregation, my relationship with my wife and kids is as strong as it’s ever been. My relationship with God is back where it needs to be. And most importantly,, I’ve learned to love myself and accept myself.

I have learned that it’s OK to struggle and have some problems, and it’s OK to voice those things and work on what you need to work on. It’s OK to move forward. I set up that Instagram to share that with other people. In my career and the businesspeople that I associate with, I’ve seen the struggles. I’ve seen people use different coping mechanisms like alcohol to get through. But because of position, who you are, or maybe how you’re respected in the industry, people are afraid to speak up and get help. They are afraid to admit that they have a problem.

Through my vulnerability, I just want people to know it’s OK to get better, it’s OK to let people know that you don’t have everything under control in your life. You need additional support, so that you can work on being the best person that you want to be. That’s what March 31, 2020, did for me. It changed my life.

Zenger: Please continue to stay in the fight, speak your truth and inspire us all.

Gardner: I just want to put the message out there for people. Don’t hold back, don’t be afraid, face your fears, don’t worry about what people think. Surround yourself with positive people that care about you, who want the best for you, and continue one day at a time to be the best version of yourself that you can be.

You don’t know who is watching, and you don’t know who can change your life or be inspired by your strength and your vulnerability. I am working on a self-help book I am hoping to have completed by the end of the year. My Instagram page: @tmgmotivation.