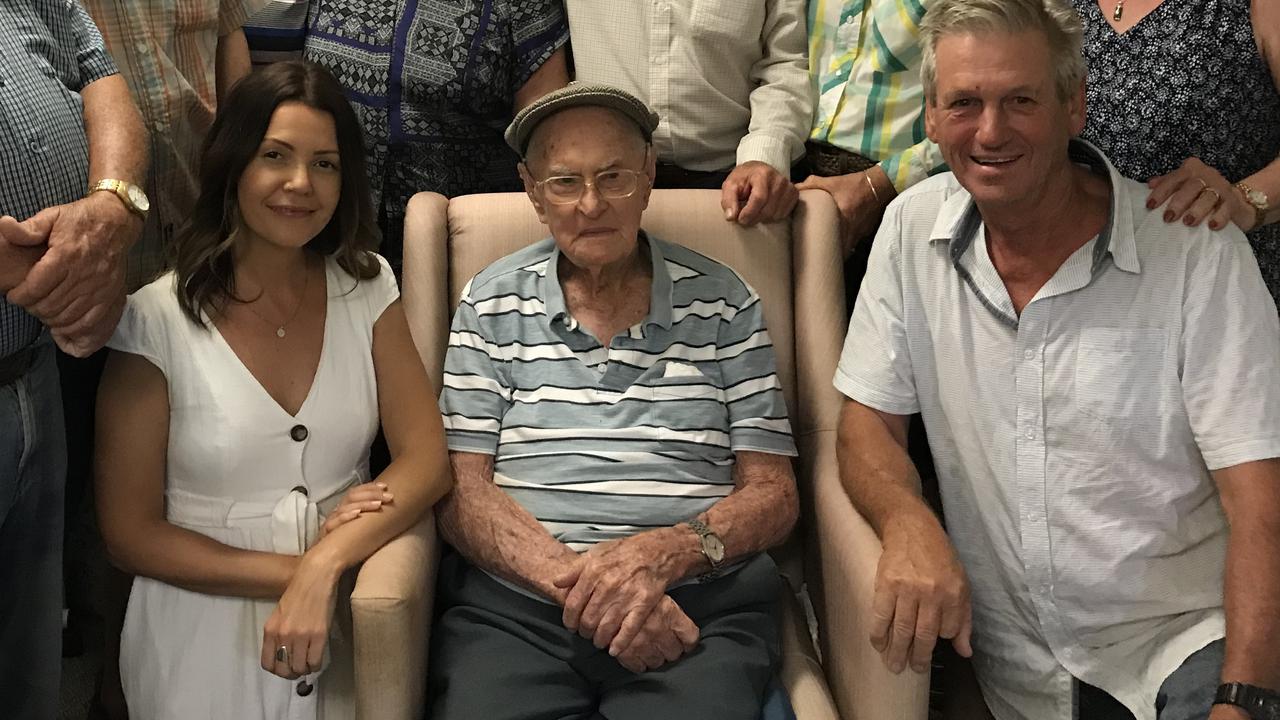 BRISBANE, Australia — Australia’s oldest man Dexter Kruger has passed away peacefully at the age of 111. Kruger, who achieved the milestone in May 2021, died in his western Queensland home after a brief illness.

A former outback grazier and veterinary surgeon, Kruger previously attributed his long life to a select diet and the simple lifestyle he lived on his property. Speaking from his Roma nursing home in May, he said to the press that a special poultry delicacy was one of his secrets.

“Chicken brains. You know, chickens have a head. And in there, there’s a brain” he said.

“And they are delicious little things. There is only one bit.”

Local Member of Parliament for State Ann Leahy offered her deepest sympathies to Kruger’s family and friends on her Facebook page, calling him an “Australian legend.”

“We will all miss his signature charm, dry wit, and love of chocolate,” she said. “My kindest thoughts are with his family during this difficult time,” Leahy said to the reporters about his dabbling in social media.

“He was just one of those people you would sit and listen to and be in awe of. He also had a little problem with Twitter because Twitter didn’t think that anyone could be born before 1910. 111 on Twitter, on Facebook, and I think he’s got a YouTube channel somewhere as well.”

Born on January 13, 1910, Kruger spent his life as a farmer on a 5300-hectare cattle property which he eventually retired from in his 90s. He lived through both world wars, numerous droughts, and 30 prime ministers in his lifetime.

“My deepest sympathy to the family and friends of Australian Legend, Dexter Kruger. Dexter sadly passed away at his aged care home in Roma on July 20. Dexter made the record books at 111 years old 124 days overtaking the record and becoming Australia’s Oldest Living Man.” tweeted Leahy.

The centenarian, who was raised by German immigrants, wrote 12 books, with the last before his passing an autobiography.

A friend by the name of Janet Rowlings took up the role of Kruger’s typist when he was 106, sitting, listening, and typing up four of his books. The books have been described as a treasure trove of bush humor and valuable insight into life on the land in the early 20th century.

At 111 years and 188 days old, Kruger in May became the oldest ever living man. Australia’s previous oldest man was First World War veteran Jack Lockett, who died in 2002 aged 111 years and 123 days. Kruger was born on January 13, 1910, and was alive when the Titanic sank, lived through the Spanish Flu pandemic, both World Wars, witnessed major technological advancements, and experienced numerous other significant world events.

The oldest living person, Jeanne Calment of France, was 122 when she died in 1997; currently, the world’s oldest person is 118-year-old Kane Tanaka of Japan.