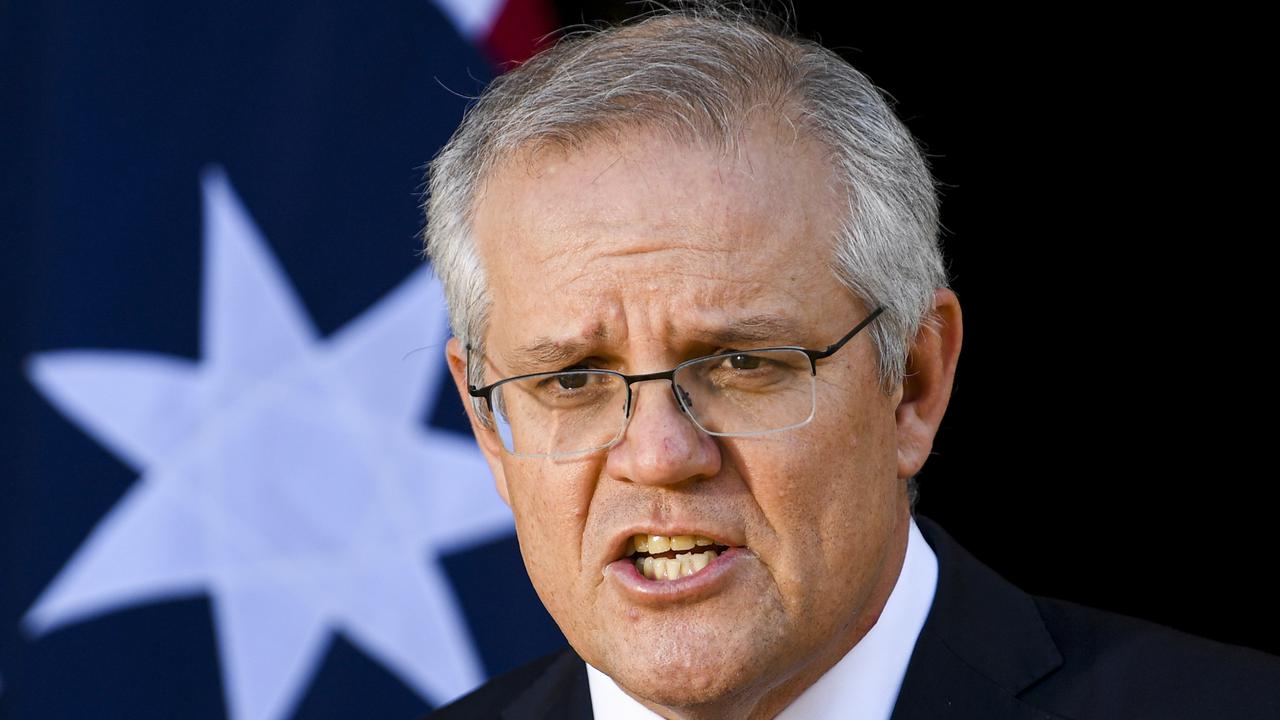 Scott Morrison is tight-lipped about the potential takeover of a Pacific telecommunications company. (Lukas Coch/AAP Image)

CANBERRA, Australia — Australian taxpayers could soon be on the hook for a Pacific telecommunications company to stop China from buying the assets.

But Prime Minister Scott Morrison has refused to guarantee the public would not cop a financial whack.

He also declined to explain what strategic benefit the purchase would have.

Telstra is considering taking over Digicel Pacific in partnership with the Australian government.

The company is critical to delivering telecommunications throughout the region.

But Telstra has said it would only proceed with a transaction if given “financial and strategic risk management support” from the government.

“Any investment would also have to be within certain financial parameters with Telstra’s equity investment being the minor portion of the overall transaction,” the company said.

The prime minister was asked to explain the potential transaction and assure Australians they would not suffer a loss, but he declined.

“They are market matters for companies,” Morrison said in Canberra.

“I will leave that to the managing director of Telstra, – that is a matter between him and his shareholders. They have commercial objectives which they pursue, and I wouldn’t expect them to be doing anything that wasn’t in their commercial interests. That is what shareholders look to. I am sure that is what they will do.”

Digicel Pacific was founded by Irish entrepreneur Denis O’Brien in 2006 and is a leading telecommunications provider in Papua New Guinea and other island nations in Oceania, including Fiji, Nauru, Samoa, Tonga, and Vanuatu.

The national security committee of the federal cabinet has considered the potential implications of the company being sold to a Chinese entity in the wake of increasing Chinese presence in the Pacific region.

However, concerns have also been raised that the company could be using the China threat to extract money from Australian taxpayers.

According to a media report, the government/Telstra joint bid for Digicel Pacific would cost AU$2 billion ($1.47 billion). Telstra is expected to pay AU$200 million-$AU300 million between 10 and 15 percent of the total transaction amount.

The Digicel Pacific deal could turn out to be a profitable affair for both Telstra and the government as Digicel Pacific boasts of the largest reach for any telecommunications company in the region. Over 90 percent of Papua New Guinea’s phones and broadband are serviced by the company, 100 percent of Nauru, and more than 50 percent across Vanuatu, Samoa, and Tonga.

There are concerns if a Chinese company acquires the Digicel network, it would come within earshot of Canberra, possibly surveilling private conversations of companies on the Australian continent. It could also be that potential geopolitical risks and cybersecurity threats prompted the government to consider the investment.