Prime Minister Scott Morrison said Australia will take a cautious approach on expanding vaccines to children under the age of 16. 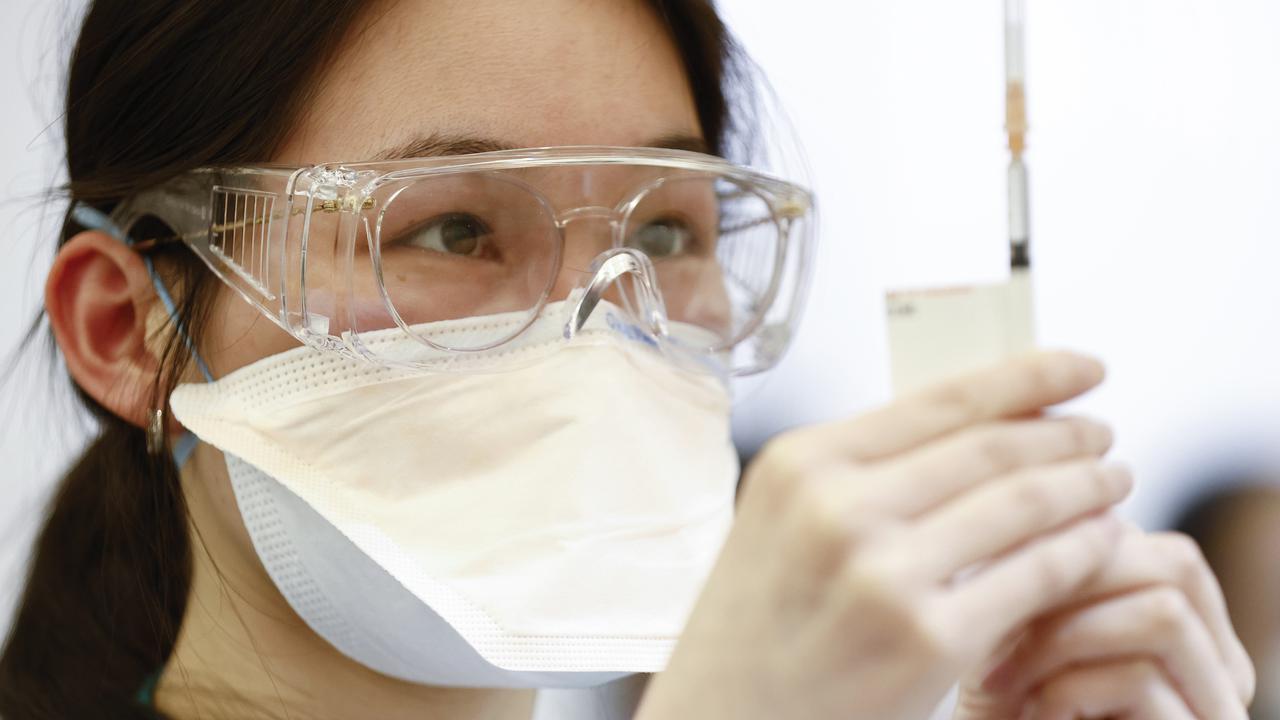 Pfizer has applied to have the approval age for its vaccine lowered from 16 to 12. (Daniel Pockett/AAP Image)

CANBERRA, Australia — Australia will take a cautious approach towards approving Covid-19 vaccinations for children, with experts warning the move is crucial to combating the Delta variant.

Leading epidemiologists and public health experts have called for the rollout to include people under 16 when other age groups are offered vaccinations.

Pfizer has applied to the medicines regulator to have the approval age for its vaccine lowered from 16 to 12.

Prime Minister Scott Morrison said the government took a cautious route in giving the green light to Pfizer and AstraZeneca for use in people over 16.

“Of course, we’re going to be cautious about that.”

Doctors have pointed to emerging evidence showing six percent of children infected with Delta suffered long-term symptoms while one in 1000 died.

“The fact that Covid can and does kill and disable young people is well known around the world,” the Australian Medical Association’s Andrew Miller said earlier in the week.

The New South Wales government has flagged it wants to vaccinate children when older age groups are immunized.

But the rollout is yet to be expanded to people under 40 nationally, with Pfizer supplies not at the levels needed to vaccinate younger people.

Morrison said the government had been looking at vaccinating children, but he wouldn’t preempt the Therapeutic Goods Administration’s advice.

Cabinet ministers will, on July 22, receive a briefing from Chief Medical Officer Paul Kelly and health department boss Brendan Murphy on the issue.

United States’ President Joe Biden has called for children aged 12 to 15 to be vaccinated after his country’s regulator approved Pfizer for that age group.

The United Kingdom has decided to offer children extremely vulnerable to Covid-19 or those who live with someone at risk a jab.

“Different countries have had different approaches on that,” Morrison said.

“The TGA (Therapeutic Goods Administration) is working through that, and I’ll wait and see what their recommendations are.”

The medicine regulatory body has approved the Pfizer vaccine to be given to 16-year-olds and older. As for AstraZeneca, it has been approved for use in people aged 18 and older alongside Johnson & Johnson, even as the latter is not part of Australia’s vaccination program.

Pfizer’s proposal for immunizing children aged between 12 and 15 is subject to the Therapeutic Goods Administration approval. The vaccine advisory group will then advise the prioritization of the age group for the rollout.

«Previous Post
44-Year-Old Fifth To Succumb To AstraZeneca-Linked Blood Clots In Australia, Second In A Week»Next Post
Australian Prime Minister Plea To Australian State Not To Wait For Vaccination