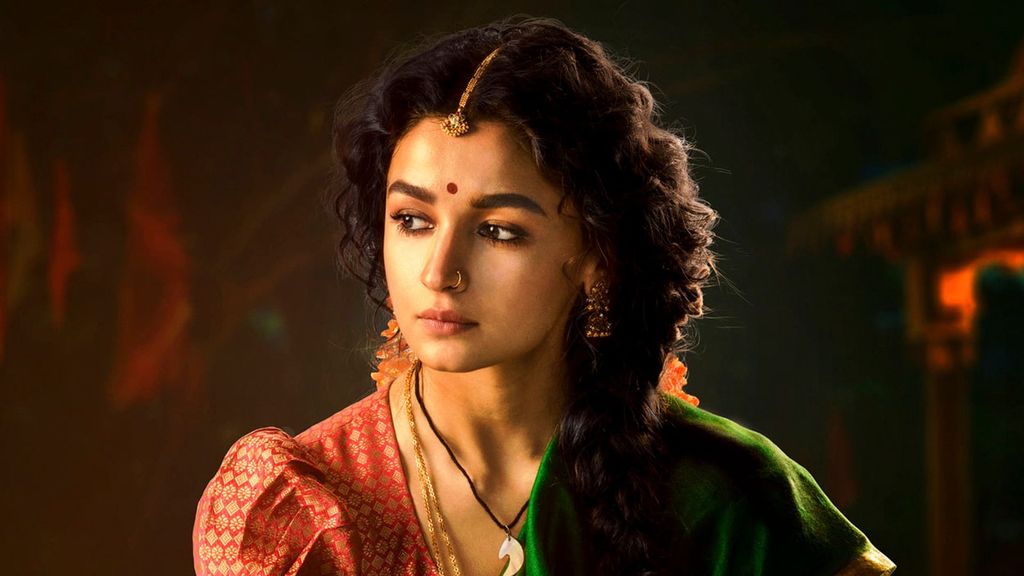 MUMBAI, India — Alia Bhatt, who plays the character “Sita” in the upcoming period action drama film, “RRR,” was back to the movie set on July 21, 2021.

In an Instagram ‘story,’ the actor shared two videos of herself. In the first ‘boomerang clip,’ Bhatt could be seen sitting in a car while going to the shoot location of her first Telugu action drama movie.

Bhatt wore a casual look to the shoot. She donned a green cargo jacket with a black T-shirt. To complement her look, she opted for no makeup and a sleek hairdo. To accessorize the attire, she wore a pair of metal hoop earrings.

In another video, the “Student Of The Year” actor could be seen getting ready for her shot in the makeup room at 6:41 am, according to the time she mentioned in the Instagram story.

The “Kalank” star is all set for her Telugu debut with director S.S. Rajamouli’s next film titled “RRR.”

Reports suggest the movie’s production and post-production are happening at the same time. A few weeks ago, the makers announced that lead actors Charan and Jr. NTR had completed their dubbing portions in two languages.

The upcoming film will be a fictional story set in the 1920s in India’s pre-independent era. It is based on the lives of two celebrated freedom fighters — Alluri Sitarama Raju and Komaram Bheem.

On July 22, the makers of the upcoming multi-lingual movie released the much-awaited glimpse into the making of the action drama. The nearly two-minute video begins with a bird view shot of the massive set of the film. From powerful background music that complements the pace of the teaser to several segments showcasing the dedicated production crew at work, fans are in for a visual treat.

The film was initially planned as a July 30, 2020, release. However, the unforeseen delays, including those caused by injuries suffered by Jr. NTR and Charan during production, forced the makers to push the release date. The coronavirus outbreak and subsequent lockdown again disrupted the production.

Finally, the shooting was resumed in October 2020. The much-talked-about film “RRR” will release in multiple languages on October 13, 2021.

Speaking about Bhatt’s work, apart from “RRR,” she will be next seen in Ayan Mukerji’s directorial “Brahmastra” alongside Ranbir Kapoor and veteran actor Amitabh Bachchan.