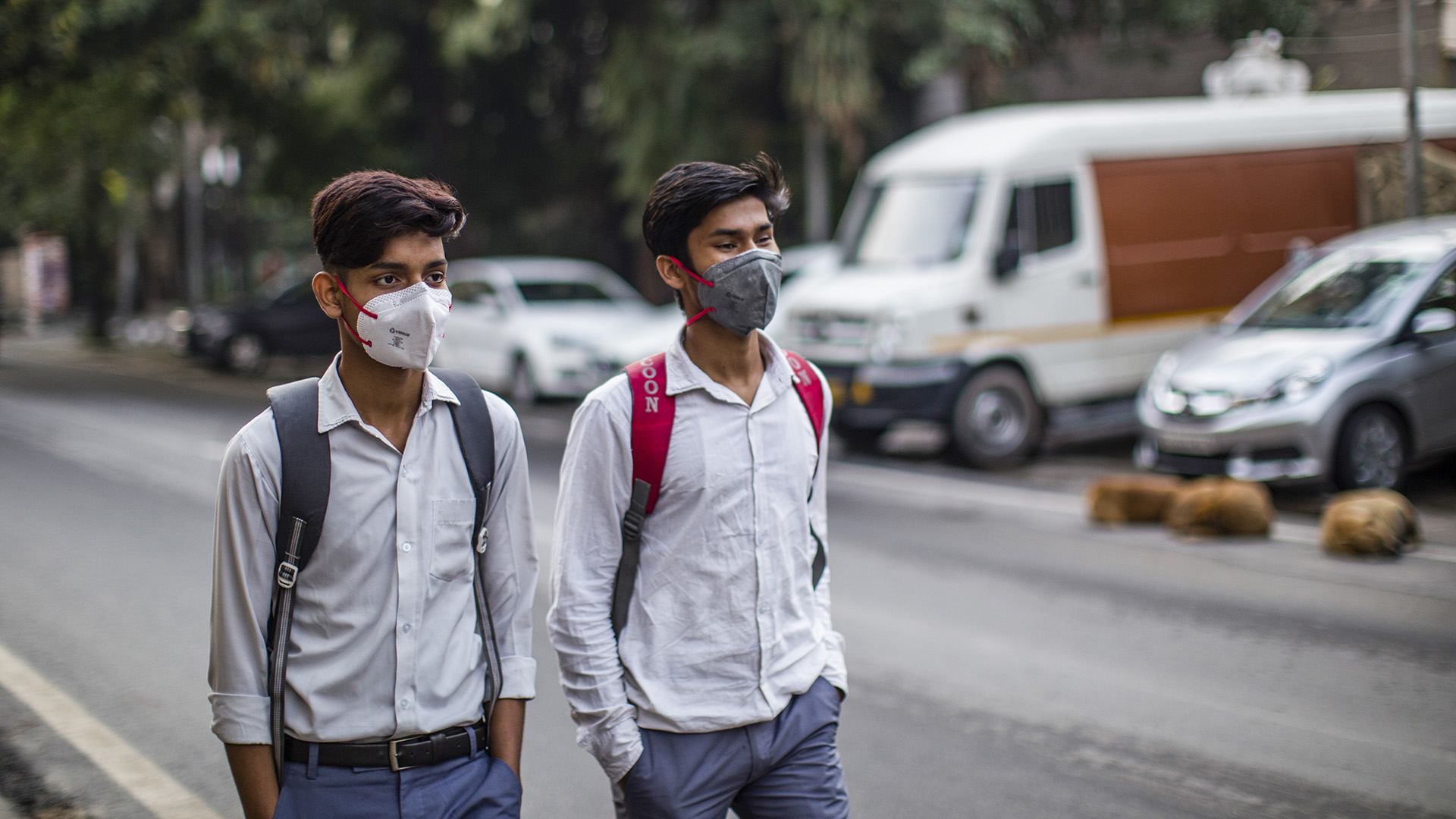 Boys wearing protective masks as they walk back to their homes after school amid novel coronavirus fear on March 14, 2020 in New Delhi, India. (Yawar Nazir/Getty Images)

NEW DELHI — The Indian Council of Medical Research (ICMR) on July 20 said the government should consider opening primary schools before starting secondary school in the midst of the Covid-19 pandemic.

“We know clearly that children can handle viral infections much better than adults,” said Balram Bhargava, Director-General at the Indian Council of Medical Research, while addressing a press conference.

“Antibody exposure is also similar in children as adults. Some Scandinavian countries didn’t shut their primary schools in any Covid-19 waves.”

“Once India starts considering, it will be wise to open primary schools first before opening secondary schools. All the support staff, whether it be school bus drivers, teachers, and other staff in the school, need to be vaccinated,” said Bhargava.

Since the onset of the Covid-19 pandemic last year, schools and colleges across the country have been closed and are not conducting physical classes.

The Indian Council of Medical Research also announced the results of the fourth countrywide serosurvey, which revealed that two-thirds of the general population of the country has developed SARS-CoV-2 antibodies, and 40 crore people are still vulnerable to the novel Coronavirus.

The fourth edition of the national serosurvey was conducted in 70 districts in June-July and included children of 6-17 years of age. The fourth serosurvey found the overall seroprevalence of India to be 67.6 percent.

“The serosurvey was conducted over 28,975 individuals (adults and children), apart from 7,252 healthcare workers in 70 districts where earlier three rounds were also conducted,” said Bhargava at the press conference.

“Amongst the adults in the survey, 62.2 percent people were not vaccinated, while 24.8 percent had taken a single dose of vaccine and 13 percent were fully vaccinated,” said Bhargava.

“Two-third of the general population had SARS-CoV-2 antibodies. A third of the population did not have antibodies (Still ~ 40 crores vulnerable), States/districts/areas without antibodies run the risk of infection waves,” tweeted the Press Information Bureau of India.

The fourth serosurvey results are a sigh of relief for the country as the third serosurvey stated that 21.5 percent of the population had been exposed to the virus.

“The findings of the Indian Council of Medical Research Serosurvey & the message by Prof Bhargava are quite informative. It is what I was expecting. That the third wave, if it happens, will not be as ferocious. Schools need to open,” tweeted Someshkhar Nimbalkar, Head of the Central Research Services.

“Prolonging school opening is unfair to children and will make readjusting even more difficult. Apart from the survey, the very minimal admissions despite general Covid-19 inappropriate behavior suggests that we are unlikely to have a damaging third wave,” Nimbalkar said.