VIDEO: Freeze Punks: This Really Is Free Ice Cream From Your Neighborhood Cops

Police use a special truck to build bridges with their community. 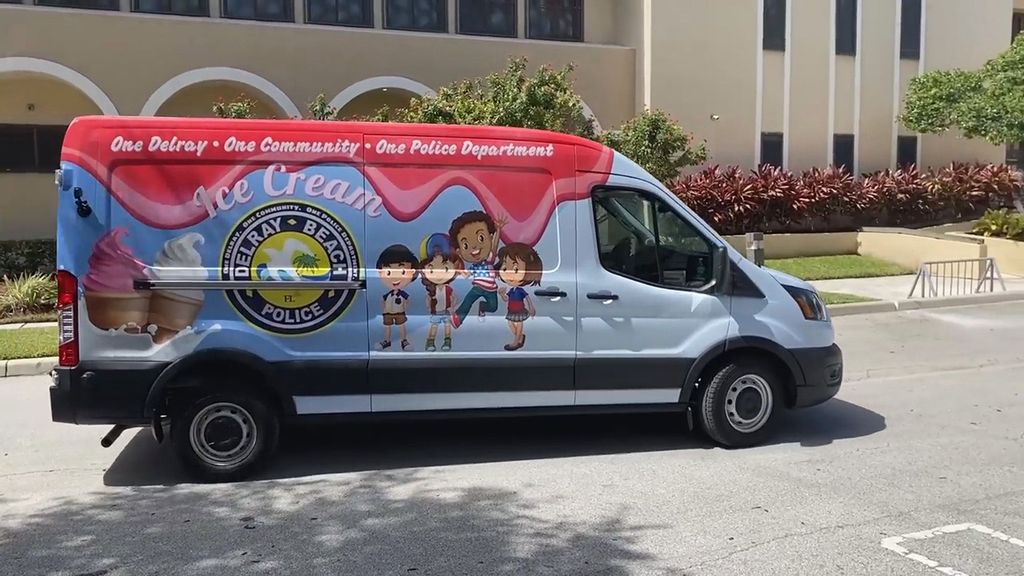 Delray Beach, Florida, police bring free ice cream to various neighborhoods in an effort to connect with the community. (@DelrayBeachPolice/Zenger)

A Florida police ice cream van offers free icy treats in the community of Delray Beach to engage with children and adults.

The van, which was introduced on July 15, visits neighborhoods in an effort to build relationships with people in the community.

On a Facebook video, he added that the ice cream truck is something he’d been contemplating “for quite some time.”

The idea was proposed six months ago and the Delray Beach Police Department was eventually gifted a truck, which is now stocked with popsicles and ice cream. There are no specific routes; the truck just randomly shows up.

It’s a sweet deal for kids and adults, and an easy way for them to meet local officers on a friendly and informal basis.

“The tasty cold treats are free, and we hope to see you soon!” police said. “We’d like to give a special thanks to a long list of community sponsors and Delray citizens for Delray Police for making this possible.”

“The goal is to look for creative and innovative ways to engage our community,” Sims said. “We must continue to find ways to break down those invisible barriers that we deal with on a daily basis within our communities.”

Sims believes the instantly recognizable music will bring kids running to the van for an icy treat. It’s an informal way to build a community relationship.

“Hopefully, when the music comes on, we’re going to get kids, who are going to run out their doors and want ice cream,” he said.

Since the treats are free, police also hope citizens will take the time to ask questions and connect with officers about issues of concern.

The Delray Beach Community-Oriented Policing Unit was formed in the fall of 2020 to meet people and start conversations, according to local media reports.