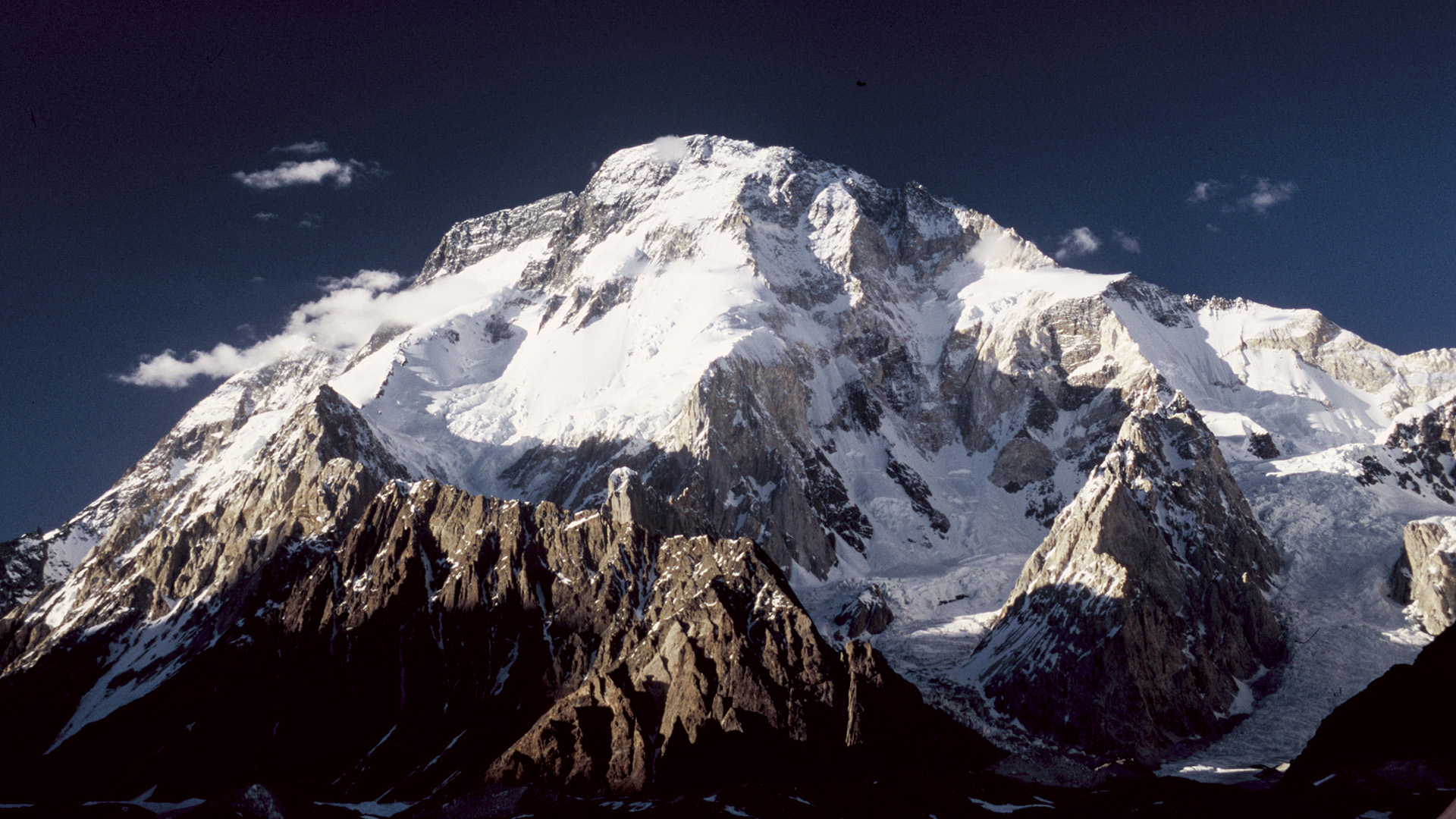 Broad Peak is a mountain in the Karakoram on the border of Pakistan and China, the twelfth-highest mountain in the world at 8,047 meters above sea level. (Florian Ederer/wikimedia.org)

ISLAMABAD — Just days after climbing his 14th 8,000 meter-plus mountain, a South Korean climber is feared to be dead on the Karakoram range in Pakistan.

Regarded as the “fingerless maverick,” Kim Hong-Bin, the 57-year-old mountaineer, went missing on July 19 after falling into a crevasse of the Broad Peak in the Karakoram range. After detaching from the safety rope, he reportedly fell into the Chinese side of the mountain.

Broad Peak is a mountain in the Karakoram on the border of Pakistan and China, the twelfth-highest mountain in the world at 8,047 meters above sea level. It was first ascended in June 1957 by Fritz Wintersteller, Marcus Schmuck, Kurt Diemberger, and Hermann Buhl of an Austrian expedition.

The Karakoram is a mountain range spanning the borders of China, India, and Pakistan, with the northwest extremity of the range extending to Afghanistan and Tajikistan; its highest 15 mountains are all based in Pakistan.

“A search team that was dispatched earlier saw him on the Chinese side,” said Haji Ghulam Ahmed, head of the Blue-Sky Expeditions, while expressing his hope that the Korean climber may be rescued properly. “I really hope that he is found.”

Since its inception in 1999, Blue-Sky Expeditions organizes trekking, mountaineering, and mountain-related activities in the northern region of Pakistan.

The Korean climber was found hanging by a rope. However, he appeared conscious. Reaching the Peak, Hong-Bin submitted all the 14 8,000-plus meter peaks and subsequently became the 44th person to achieve the feat.

During the rescue, Hong-Bin got detached from the rescue rope and fell and disappeared down the steep face on the Chinese side of the mountain. The rescue team searched the upper face but could not find any sign of Hong-Bin. The rescuers noted the fall down the Chinese face was not survivable.

Korean diplomats were on their way to Skardu—a tourism, trekking, and expedition hub in Gilgit–Baltistan of Pakistan.

“A search operation will be carried out in the coming days. Local high-altitude porters will be sent on the mountain,” said Karrar Haidri, secretary of Alpine Club of Pakistan.

The Alpine Club of Pakistan is a non-governmental sports organization to promote mountaineering, climbing, and mountain-related other adventure activities in Pakistan. In addition to this, the club serves as the national sports governing body for mountaineering and climbing in Pakistan.

An announcement is expected by the Korean embassy in the coming days.

Hong-Bin was the first disabled climber to join the so-called “eight-thousander club,” having lost all his fingers during a climb of Mount Denali in Alaska in 1991.