The offer was extended by Russia’s Federal Service for Military-Technical Cooperation. 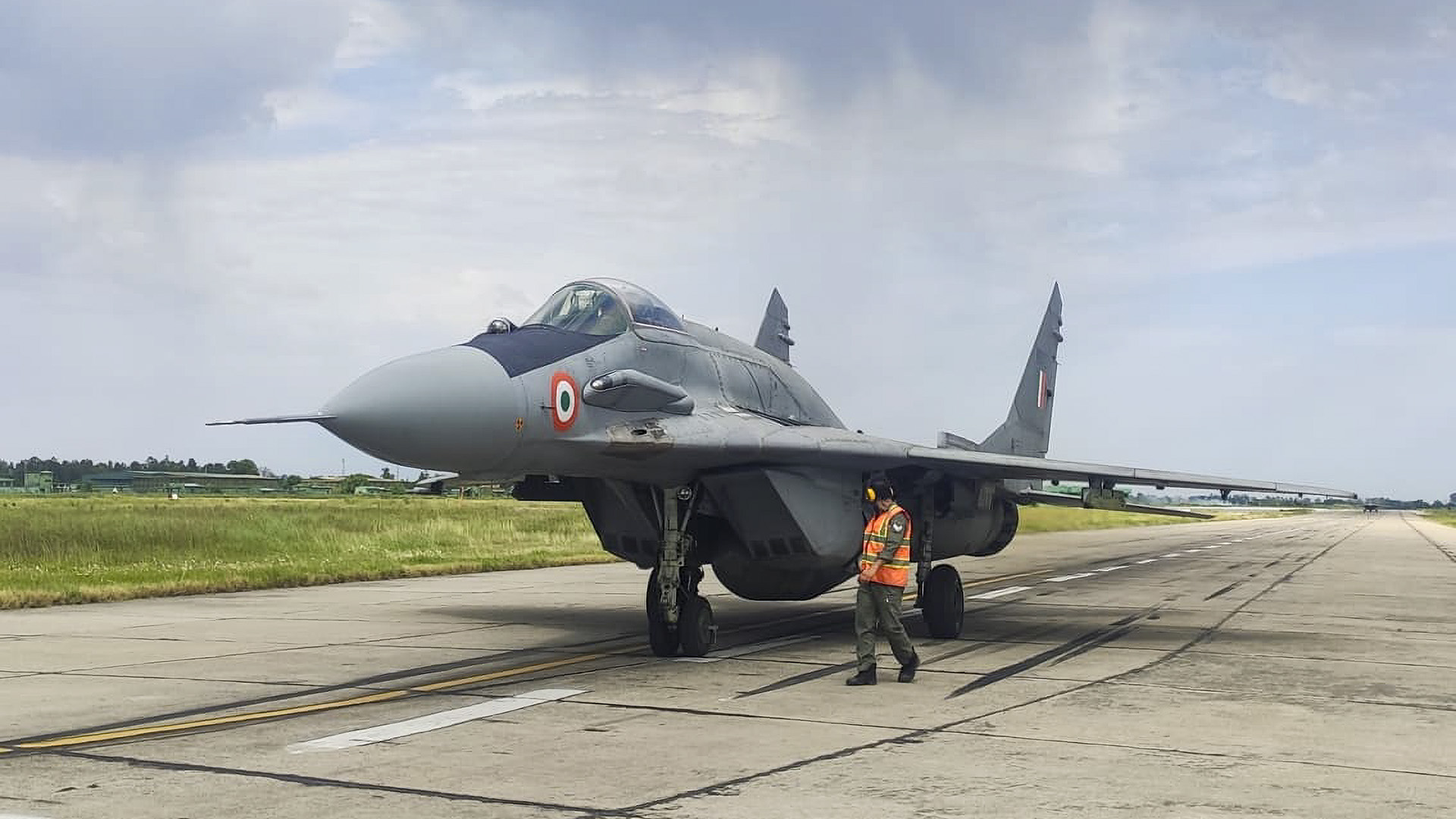 ZHUKOVSKIY, Russia — Russia has handed over a commercial offer to deliver 21 MiG-29 fighters to India, a spokesperson for Russia’s Federal Service for Military-Technical Cooperation said on July 20.

“The Indian Air Force staff received a tender request for the supply of 21 aircraft in 2021,” said spokesperson Valeria Reshetnikova at the MAKS-2021 international aerospace show.

“The Russian side has transferred to Indian partners the commercial offer that is now being considered by the customer.”

The Russian federal service said in February that the Indian government also decided in favor of purchasing the aircraft.

The international aerospace show is taking place in the Moscow region from July 20 to July 25.

In June last year, the Indian Air Force (IAF) had pushed a proposal to the government for acquiring new fighter aircraft, including 21 MiG-29s from Russia, as per a media report.

The Air Force has three squadrons of the MiG-29s — a twin-engine single-seat air superiority fighter aircraft, which have been undergoing upgrades for extended life and are considered reliable in air defense roles.

India had earlier made a multi-billion dollar deal with Russia to purchase the Russian-made S-400 air defense system that irked the United States.

Recently, India was part of a Conference on International Security on the topic “Role of Military Agencies in fighting against Covid-19” held in Moscow, Russia.

“Emerging technologies must be leveraged. For example, Artificial Intelligence can be put to use for infection prediction, data analysis, and Covid-19 diagnostics with greater accuracy. Russia’s willingness to actively engage in India’s ‘Make in India’ program for co-development and production of high technology defense items has been one of the bonding tools between the countries.”