New Bollywood movie will have equal doses of comedy and spook, explores the legend of a strange curse on a village stuck in time. 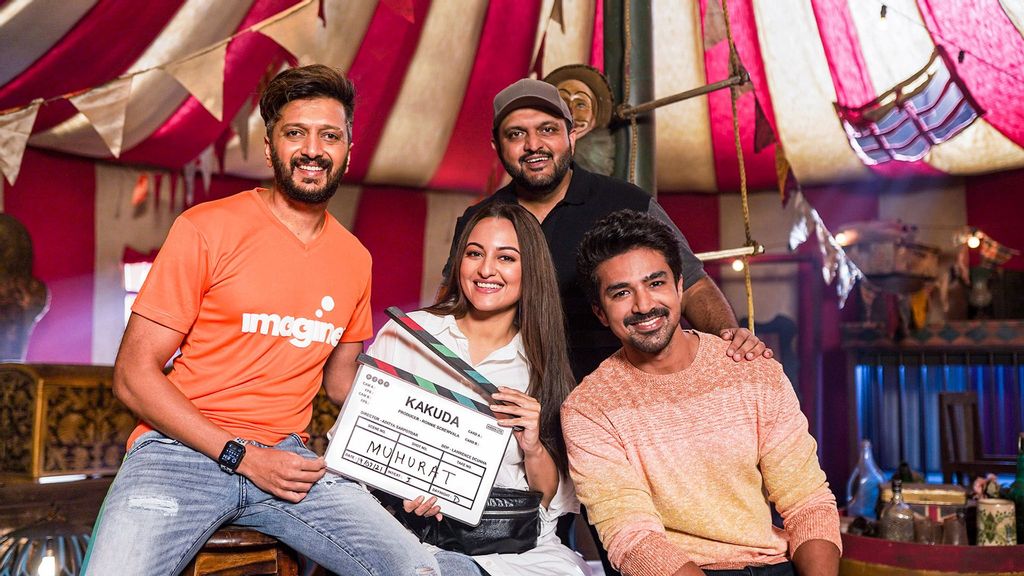 Sinha took to her Instagram account to share the news along with posting a picture featuring her along with her co-stars and director of the movie.

“Boooooooooo. Triple trouble on the way! Get ready for a spooktacular — laughter riot with RSVP’s homegrown production, #Kakuda! (sic),” Sinha said in the post.

“Shoot begins today, and the smiles on our faces say it all.”

“Uladhaal,” starring Ankush Choudhary and Subodh Bhave, was his first film as a filmmaker.

The film was written by the duo Avinash Dwivedi and Chirag Garg and was developed from a nascent stage by Salona Bains Joshi, the film’s associate producer.

“We are treating the film like nothing short of a big-scale commercial movie. The casting was just perfect, and the story will have you both at the edge of your seat and in splits.”

“Considering the current situation, a fun comedy film is truly the need of the hour. I loved the script of ‘Kakuda’ from the moment I read it. It’s the kind of movie I would enjoy watching as an audience,” she said.

“I can’t wait to jump right in and work on the film with Sonakshi and Saqib. I personally love the horror-comedy genre, and ‘Kakuda’ is a great opportunity for me to explore the part of a ghostbuster,” Deshmukh said.

Saleem said that he is excited about the experience.

“A great script, a gifted director, a supportive producer, and supremely talented co-stars what more can one ask for in a film? ‘Kakuda’ is going to be a fun ride.”

“Kakuda,” with equal doses of comedy and spook, explores the legend of a strange curse on a village stuck in time. The trio is confronted with a challenging ghost who makes them question superstition, tradition, and even love in a rollercoaster ride filled with fear and fun.

“With a clear focus on homegrown ideas and development, I am excited to announce our horror-comedy ‘Kakuda.’ With a solid script, an extremely talented cast, and driven director, we hope to push the boundary within the genre,” Screwvala said.

The direct to digital horror-comedy will be shot in various parts of Gujarat and is slated to release in early 2022.