Australian Health Minister said Pfizer coronavirus vaccines will not yet be offered to people under 40.
By Matt Coughlan July 21, 2021
Facebook
Twitter
Linkedin
Email 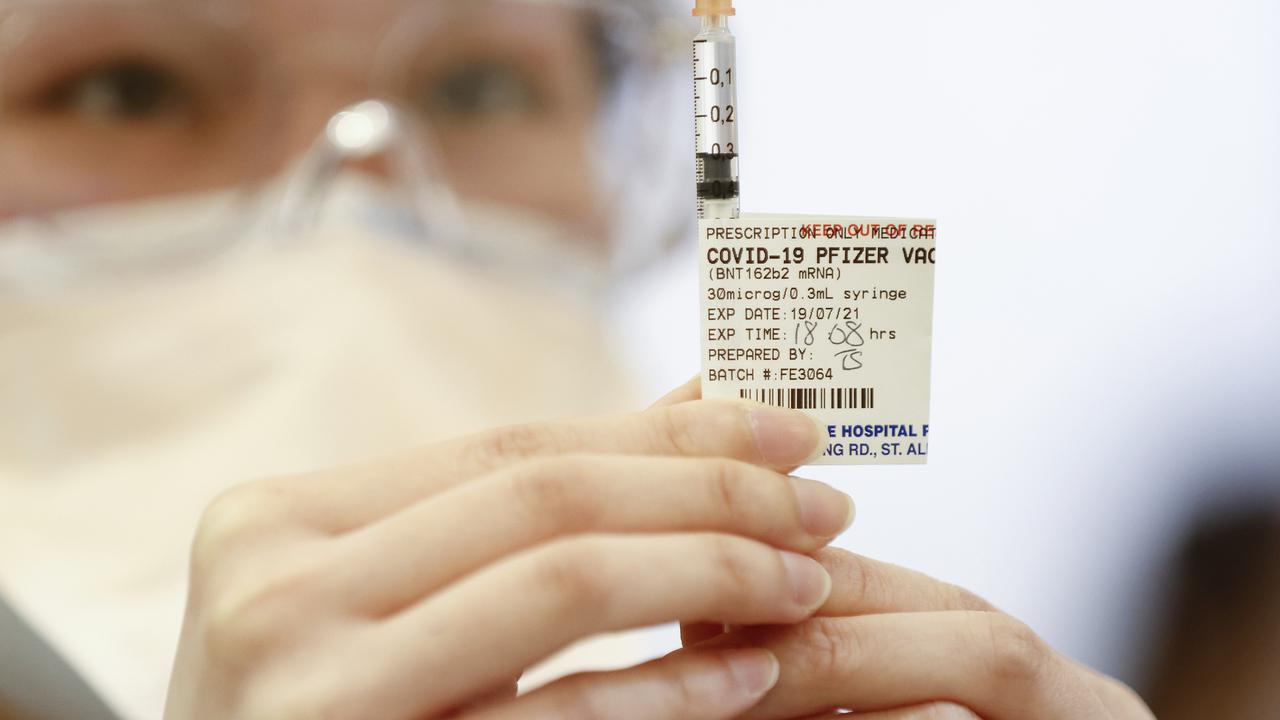 Australians under 40 will not be eligible for Pfizer coronavirus jabs ahead of schedule. (Daniel Pockett/AAP Image)

CANBERRA, Australia — Australians under 40 will not be eligible for Pfizer coronavirus vaccinations ahead of schedule despite increasing hospitalizations of younger people.

A teenager is included in the southeastern state, New South Wales’ 27 intensive care patients, with the majority under 60 and 24 unvaccinated.

Health Minister Greg Hunt pointed to Pfizer supplies as the main reason the vaccine rollout could not be immediately extended to under the 40s.

“What we are doing at the moment is following the advice because there are a finite number of vaccines,” he said.

People under 40 are allowed to speak with a doctor about receiving AstraZeneca.

But Australia’s expert immunization panel, The Australian Technical Advisory Group on Immunization, recommends Pfizer for that age group because of an extremely rare side effect.

“The Australian Technical Advisory Group on Immunization would provide advice on expanding the Pfizer rollout to other age groups but noted more vulnerable populations needed to be prioritized,” said Hunt.

Just over one million people aged under 40 have so far received their first vaccine dose for a range of special reasons, official figures show.

One million doses of the vaccine landed earlier in the week, with similar shipments expected over the coming months.

September or October have been raised as potential markers for Pfizer to be extended to under-40s.

“Australia’s learning how to dance with Delta,” he said.

“We see what it was that caused the fuss around the world and in India and other places where they were sadly overwhelmed.”

Miller said vaccines were achieving fabulous results in reducing hospitalizations but tempered expectations about opening up.

“This talk that we can maybe ease up on restrictions when we get to half the population vaccinated, unfortunately, that’s a bit of a dangerous fantasy,” he said.

The Perth-based anesthetist wants Australia to urgently look at vaccinating children aged 12 and over.

He said that the Delta variant killed one in 1000 infected children and left six percent with severe long-term symptoms.

“The fact that Covid can and does kill and disable young people is well known around the world,” said Miller.

“Even though it happens more rarely than in nursing homes, this is not a disease of the elderly.”

Pfizer has applied for approval to lower the age limit from 16 to 12.

Hunt said the medicines regulator and The Australian Technical Advisory Group on Immunization would need to recommend the change before the government made changes.

“If there are two green lights, then we will proceed, but it is very much a medical consideration.”