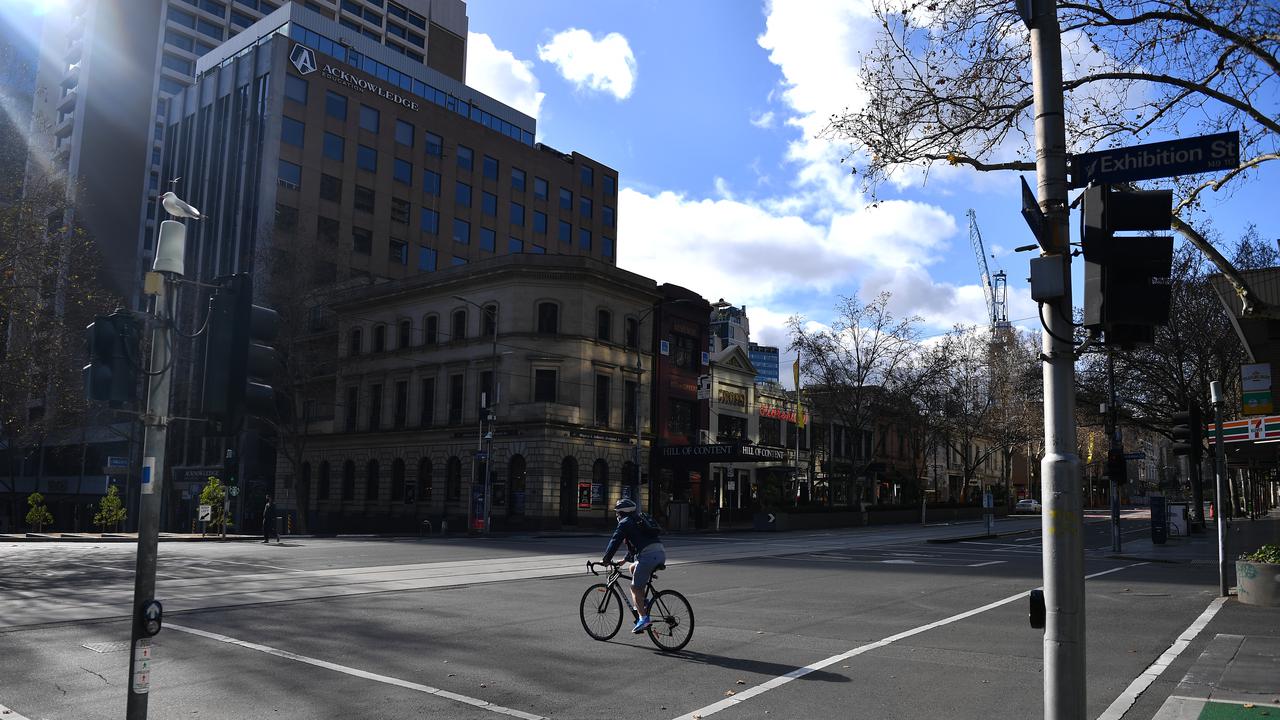 An epidemiologist says it could take many weeks of lockdown to end Victoria's latest Covid outbreak. (James Ross/AAP Image)

CANBERRA, Australia — An extra week of lockdown in the southeastern Australian state, Victoria is unlikely to be enough to quash an outbreak of the Delta coronavirus variant, said an epidemiologist.

Based on modeling by Monash University and his own progression data, University of South Australia academic Adrian Esterman believes local Covid-19 cases will not drop to zero by the end of Victoria’s seven-day lockdown extension.

“You have got at least another week and potentially two or three weeks,” said the veteran epidemiologist and biostatistician.

“It takes as long to get down as it does to take off. I am expecting Monash University modeling forecasts of at least four weeks is probably correct.”

In modeling published by The Conversation, when the five-day lockdown was imposed last week, Monash experts predicted it would take at least 30 days of restrictions before Victoria would see three days of no transmission.

Victoria’s five-day moving case average is up to 14.2, and the effective reproduction rate is beginning to settle at about three, meaning currently, every Covid-19 case is infecting three others.

Professor Esterman said that figure was not unexpected given the Delta strain’s heightened infectiousness.

“The basic reproduction of Delta is six, whereas it was about three for the original Wuhan variant,” he said.

“Victoria’s outbreak is still in its very early days. It has only been a week.”

Of the 85 cases in the current outbreak, only one is unlinked, and nine of 13 local cases were isolating throughout their infectious period.

Esterman said Victoria was in a “reasonably good position” because of the hard and fast lockdown.

“If they can get it down to just one or two cases a day and those cases are linked, and they know where they’ve come from, then I think they might be willing to relax restrictions,” he said.

“Certainly, the outbreak in Victoria will be over well before New South Wales. We know now that you go in there really fast and very hard to basically crush it.”

With cases in Mildura, Phillip Island, and Barwon Heads and about 5000 contacts isolating in regional Victoria, he said the Delta variant all but killed off the concept of localized lockdowns.

Most of the regional cases are due to the virus spreading at the Melbourne Cricket Ground during an Australian Football League game on July 10, raising fans’ prospect of showing proof of vaccination to attend major sports events in the future.

Premier Daniel Andrews argues it is too early to talk about what unvaccinated people can and cannot do, given not all Australians are eligible for the jab.

Esterman agrees that “privileges” for vaccinated Australians should not be floated until everyone has the opportunity to get immunized.

Even when that changes, he warned states and territories could still resort to lockdowns to combat new highly infectious strains that are yet to emerge.

“Lockdowns will always be in our armory,” said Esterman.

“But as we get a higher and higher percentage of our population vaccinated, it is going to be less likely we will have to use them.”