Actor-comedian Kevin Hart dropped the teaser of his upcoming talk show, "Hart to Heart," which is set to premiere on August 5.
By Zenger News Desk July 21, 2021
Facebook
Twitter
Linkedin
Email 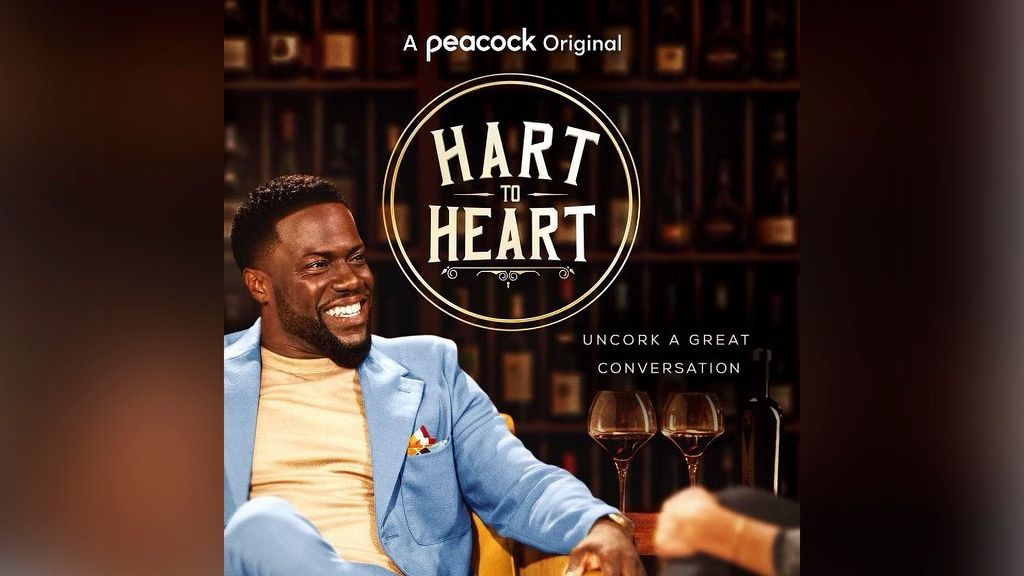 “Expanding my BRAND even more…This has always been a goal of mine, and now it’s a reality, people!!!!,” Hart said in the post.

“Mark your calendars for August 5 and join me on my new show #HartToHeart streaming only on @PeacockTV! Let’s get it, people!!”

Reports suggest the “unplanned, unscripted, unfiltered” talk show will feature Hart talking with his A-list pals over a glass of vintage wine for some genuinely unexpected candid conversations.

Buckle up….Ya boy got a talk show now people!!!!! I’m checking all of the boxes damn it!!!!! This show is different from all of the rest….there is no prep….just real great talks…some get deeper than others…some are funny as hell….but they all are REAL!!! Let’s gooooo pic.twitter.com/aX4O5B6JSW

Each guest will be announced every week, starting with the three-episode premiere of “Hart to Heart.” From musicians to actors, each guest will “represent Kevin’s range of interests and influences, and no topic is off-limits.”

The hour-long episodes will take place “in the comfort of Kevin’s virtual wine cellar” as the comedian “digs deep to find out what makes these world-class influencers tick, their goals and aspirations, their journey to stardom and the obstacles they overcame to reach their lofty status,” as per the official press statement.

“There’s something powerful that happens when two people sit down together for a conversation, and Hart to Heart is about capturing that magic,” Hart said.

“I couldn’t be more excited to see the next chapter of Laugh Out Loud’s partnership with Peacock come to life with this show, and for audiences to get to see my guests in a way that they’ve never seen them before; it’s real, authentic dialogue over a glass of wine.”

“Hart to Heart” is produced by Laugh Out Loud Studios in a content partnership with Peacock.

Hart launched Laugh Out Loud, a global media and production firm that seeks out the outstanding comic talent of all ethnicities from around the world. After buying out the majority of Lionsgate’s share in 2019, Hart became the dominant owner of the company.

Laugh Out Loud has received multiple nominations and awards, including those from the Producers Guild, Critic Choice Awards, Realscreen, Streamy, and Webby.

Hart has also hosted three episodes of “Saturday Night Live” and the “Comedy Central Roast of Justin Bieber” in 2015. He additionally co-hosted “Live with Kelly and Ryan” in 2016, “The Tonight Show Starring Jimmy Fallon” in 2018, and “The Kelly Clarkson Show” in June 2021.