Independent consultants say the plan to build a cable car to the top of Hobart's Kunanyi should be refused by the council.
By Ethan James July 21, 2021
Facebook
Twitter
Linkedin
Email 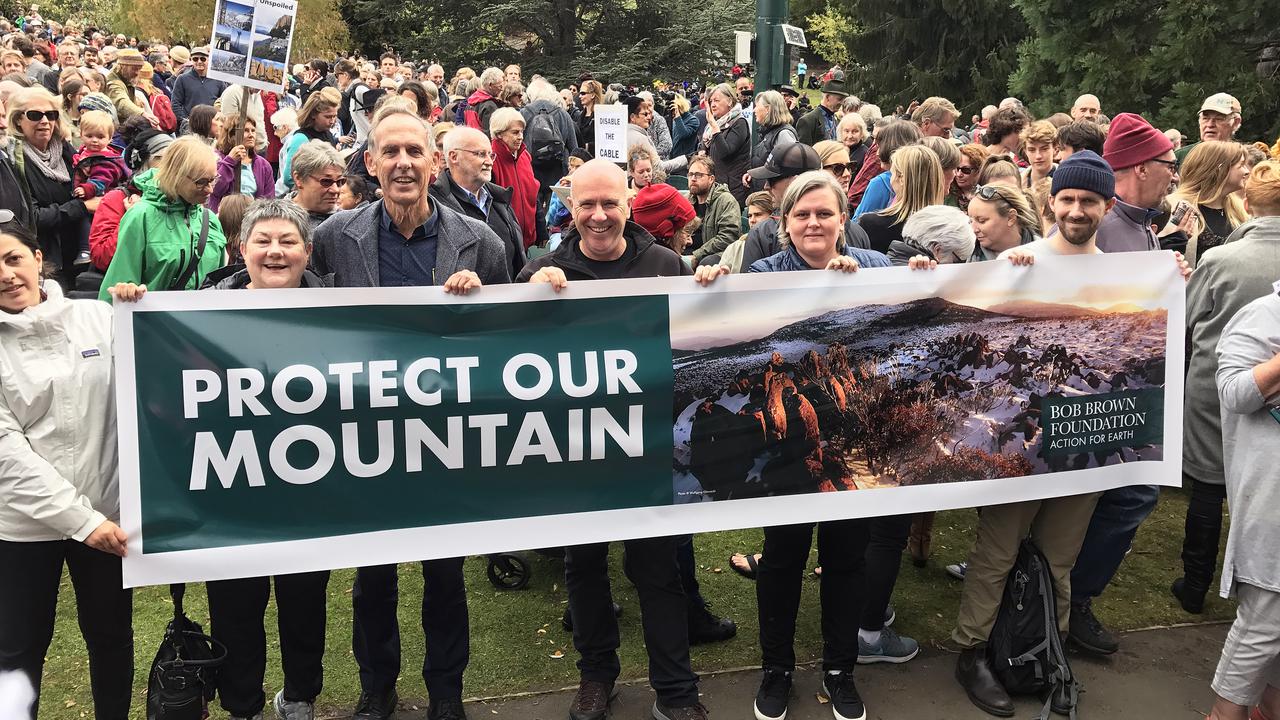 The majority of public submissions were not in favor of the Mt Wellington cable car plan. (Ethan James/AAP Image)

HOBART, Australia — A contentious proposal to build a cable car to the top of Mount Wellington in Australia’s island state of Tasmania would diminish the landmark’s tourism, recreational and cultural values, an independent report has found.

Consultants have advised Hobart City Council to refuse the proposal for 21 reasons after reviewing some 16,500 public submissions and the 1300-page planning application.

They said the cable car is “not consistent” with the values of Wellington Park.

The Mount Wellington Cableway Company wants to construct a two-car cableway with three towers to the mountain’s 1271-meter (4170 feet) summit.

New indoor and outdoor viewing facilities, a cafe, restaurant, and function center are part of the plan.

Among the 21 reasons, the report found the scale, mechanization, and emissions of the cable car would “diminish the park’s tourism, recreational, cultural and landscape values.”

It would also have an “unreasonable impact” on residential areas due to noise and other emissions.

“The proposal does not harmonize with the visual landscape and natural qualities of the site in terms of appearance and proportions,” the report said.

The cable car would generate noise that would have an adverse effect on the “quiet enjoyment” of the mountain, which has the Indigenous name of kunanyi.

The report also found the plan is not supported by a geotechnical land instability report that sufficiently considers all risks to life and property triggered by the development of the pinnacle center.

More than 70 percent of public submissions were not in favor of the cable car.

“We welcome this report and call on all councilors to heed its recommendations,” said Vica Bayley, Cable Car spokesman, in a statement.

“The proposal to privatize a public reserve and bring mass-tourism to a much-loved mountain has been divisive. This report demonstrates it was destined to fail from the start.”

In 2018, thousands protested against the cable car at a Hobart rally headed by former Greens leader Bob Brown.

Hobart City Council will vote on the plan on July 27 at a special meeting. The proposal would still need approval from the Tasmanian Planning Commission and federal authorities if passed.

“Personally, and as a party, we do support the cable car project,” he said.

“We think it would certainly be something that would add value to the city of Hobart. But it needs to go through the planning process.”

Aboriginal groups have previously lashed the plan, saying it would damage the cultural value of the mountain forever.

She argued that the impact of the construction would go beyond just the physical aspects of the land and impact the living history and spiritual importance of the culturally significant landscape.

The mountain’s summit is currently accessible by walking tracks and a sealed road, which can be closed in bad weather.

City of Hobart Chief Executive Officer Kelly Grigsby described the planning assessment as arguably one of the most important undertaken by the organization.