How Israeli Companies Are Riding The COVID Wave To Wall Street

The country's fast and effective vaccine campaign has allowed the economy to roar ahead, despite global challenges.
By Jonathan Frenkel July 21, 2021
Facebook
Twitter
Linkedin
Email 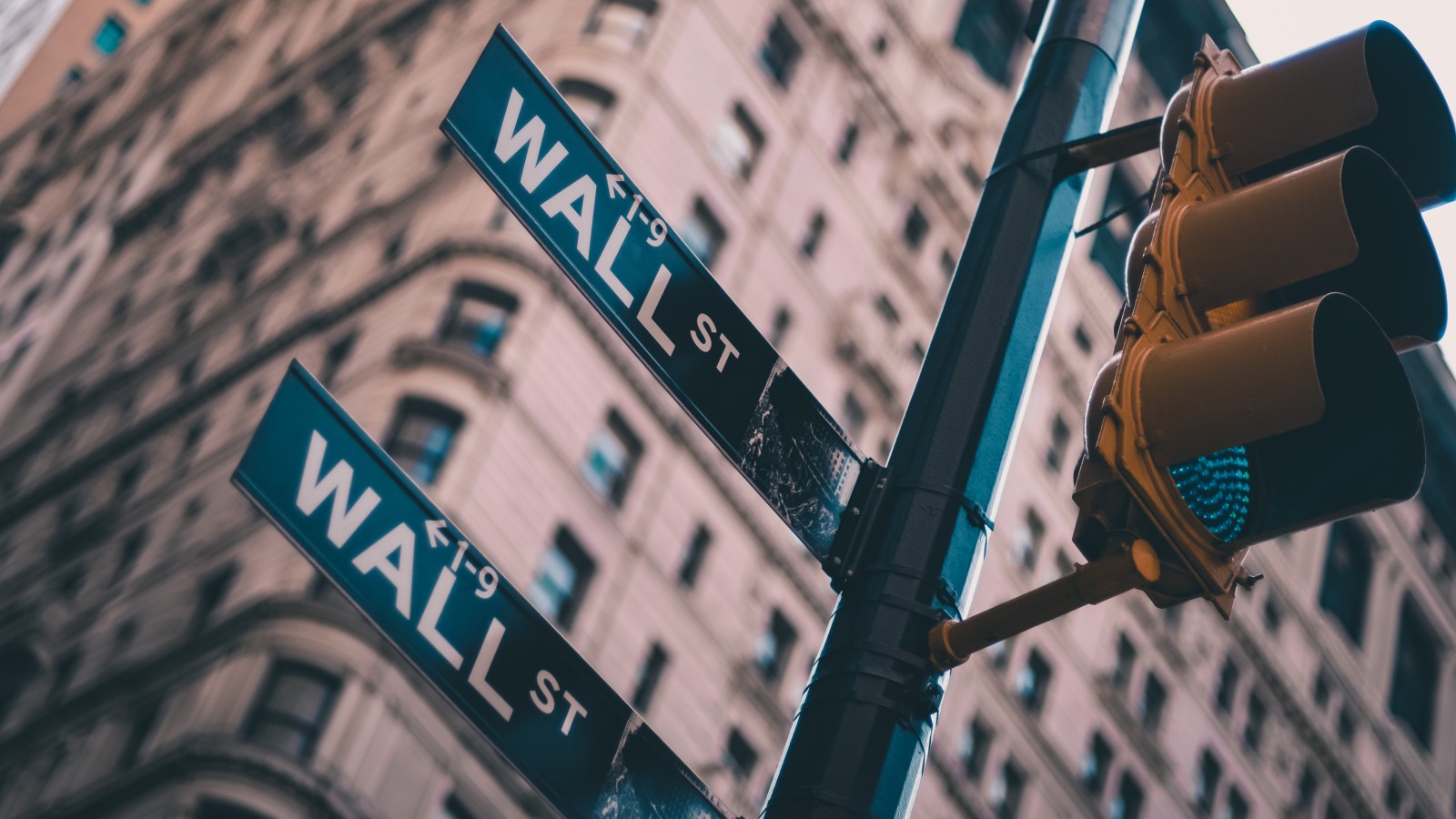 Some companies got wiped out during the pandemic, but the companies that emerged stronger are now reaping the rewards. (LoLo/Unsplash)

This is a pivotal time for Israeli companies on Wall Street. A significant number are going public, and this has major ramifications for the trajectory of the whole ecosystem.

While much of the world’s economy is still continuing to struggle with COVID, Israel is on its way to becoming a country that is home to 100 unicorns — private companies valued at over $1 billion.

There are currently at least 85 unicorns in Israel, more than in all of Europe’s 40-plus countries combined. This covers all verticals, but significantly more than a third of worldwide cybersecurity unicorns are Israeli. One need not look any further for an example than the recent SentinelOne IPO, the largest cybersecurity IPO in history.

Venture capital continued to flow in 2020, even during the height of the pandemic. Now, with a more certain future, many companies have decided to go public.

It’s not in spite of COVID that Israel has been able to capitalize and succeed; it’s because of this challenging time that many Israeli companies have been able to reach this benchmark. Israel, with its fast and effective vaccine campaign, has become one of the economies that has roared ahead despite global challenges.

COVID has only accelerated trends that have led to this rally on Wall Street. Good entrepreneurs don’t let a crisis go to waste. Some companies got wiped out during the pandemic, but the companies that emerged stronger are now reaping the rewards.

A snapshot of trends

SPACs (special purpose acquisition companies) have gained legitimacy and popularity on Wall Street as a less risky way for tech companies to gain liquidity. They will continue to be a popular pathway for Israeli firms.

Further use and reliance on digital products and services, in many cases cyber and fintech products, during the pandemic certainly helped Israeli companies in this space.

Over the past year, many industries had to undergo digital transformations in an extremely accelerated timeframe. This offered an opportunity for companies focused on helping remote teams manage workflows, such as Monday.com, become key tools during the pandemic.

But something about this time is different. There’s an army of growing companies, and in newer verticals such as fintech with companies such as Payoneer and Riskified. The Startup Nation is becoming not just the Scale-Up Nation but a true global contender second only to Silicon Valley.

Time has also played a part; the many companies started in the last decade have reached the point where going public is the next practical step. The proliferation of SPACs, and the general sense that COVID is here to stay, gives companies the confidence to seek liquidity now.

Opportunity does play a part. Shuly Galili, the co-founding partner of Upwest who wrote the first check for SentinelOne, said: “It was clear to us as first investors in the company in 2013 that the opportunity to disrupt the antivirus industry will rely heavily on new AI and behavioral technology, where SentinelOne delivers cutting-edge differentiation.

“In the eight-year journey to IPO, the founders of SentinelOne not only exemplified the spirit of innovation, but the values of resilience and tenacity in building a true category-leading company with over 1,000 employees worldwide,” she said.

Numerous articles over the years have lamented the fact that the Israeli ecosystem needs to scale up. As the ecosystem matures, and more Big Tech and global corporations become interwoven into the ecosystem, the country will not just need to move past the idea of a scrappy Startup Nation, but to level up as a significant global player.

A mindset shift will be needed, as resources continue to pour into the ecosystem, to work alongside the corporate environment of large tech companies that will define the business landscape.

It is generally agreed that the Startup Nation has become one of the world’s top startup producers because of factors including talent, army service, chutzpah and out-of-the-box thinking.

COVID has also played a part, accelerating trends such as digitization that have been brewing for some time.

“It is the natural next step in the lifecycle of a number of these high-growth Israeli tech companies that have stayed private for years, often a decade or more,” says Brian Rosenzweig, a partner at Janvest Capital Partners and an active venture investor in the Israeli ecosystem for many years.

“They have raised hundreds of millions in venture capital so that with current market conditions, IPOs are to be expected,” says Rosenzweig.

He believes that market conditions are playing a major role right now on Wall Street.

“Most of the activity is happening as the world is starting to open up again… there is less concern in the market that it’s going up and down, so the timing is right for Israeli companies.”

This has also been a whirlwind time when the next generation of tech millionaires is being minted.

Word on the street in Tel Aviv is that over 230 new millionaires were created as a result of the ironSource SPAC. If there were already large disparities in the salaries in the tech economy versus the non-tech economy, this will accelerate the division even further. Israel already is second to the United States in terms of wealth inequality.

On top of that, record sums of money from global investors, corporate VCs, and the like continue to pour into the ecosystem, launching an upward spiral. One need not look past the number of Teslas on the roads of Israel, and the number of expensive restaurants and luxury real-estate developments popping up in Tel Aviv.

“As a result of this flywheel, more capital here will lead to acquisitions of Israeli companies by local companies. JFrog’s acquisition of Vdoo is an example,” said Yoni Argaman, vice president of marketing at Salto, a growing startup that provides software development and DevOps concepts and tools to business operations teams.

Argaman believes, however, that this new generation will continue to support the ecosystem. “There are more roles here, especially for non-engineers, which is causing Israeli experienced talent to move back to Israel.”

What does this hold for the future?

Galili believes that the growing amount of capital can help improve Israeli society.

“There is no doubt that the impact in Israel seems very powerful as the tech ecosystem is showing incredible maturity, which is positive. To sustain this growth and competitiveness, it is essential that the country increases its investment in human talent and infrastructure. It’s not only good to do this economically but socially,” she said.

There will continue to be Israeli companies looking to trade publicly via SPACs in the coming months.

But more than that, right around the corner there is the next generation of Wix, Fiverr and Waze companies coming from entrepreneurs who grew up in the culture of Israeli unicorn firms. They have developed skills working in truly global tech companies and are venturing off to build their growth startups while accessing local talent and funding.

Argaman believes that “many people who work for the numerous unicorns we now have are learning and getting an amazing, world-class experience that will help them build the next generation of unicorns and even decacorns. But in order for them to succeed it is up to us, the ecosystem, to make sure that more people will join tech circles where they can be trained to be world-class employees and take part in this national success.”

How Israeli Companies Are Riding The COVID Wave To Wall Street appeared first on Israel21C.

An earlier version of this article misstated Shuly Galili’s company name and gender. Galili is the co-founding partner of Upwest, not Upwest Labs, and she is a woman.