Singer-songwriter Halsey announced in January 2021 that she is expecting her first child. 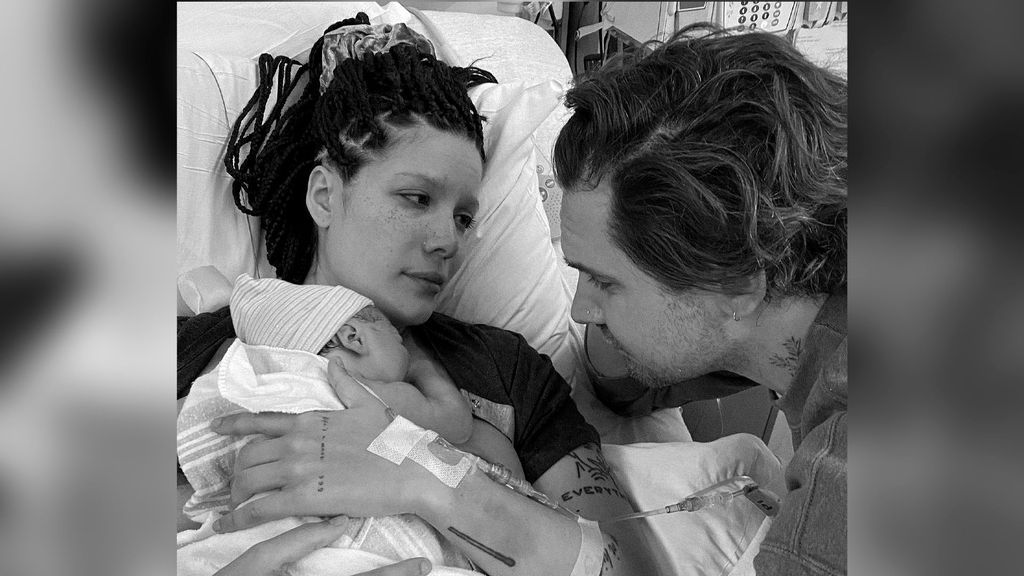 Halsey and her boyfriend Alev Aydin recently welcomed their first child together. (@iamhalsey/Instagram)

WASHINGTON — American singer Halsey and her boyfriend Alev Aydin recently welcomed their first child together. The singer announced on Instagram on July 19 that her baby was born last week and has been named Ender Ridley Aydin.

However, Halsey did not reveal the gender of the newborn. The 26-year-old star posted black-and-white photos of her holding her baby next to her boyfriend, screenwriter Alev Aydin.

Halsey revealed that she was expecting her first child in late January 2021.

“Surprise!” she wrote on Instagram, posting a photo of her baby bump at that time.

The singer has long been open about her journey to pregnancy, including back in 2016 when she revealed that she had become pregnant the year prior but soon suffered a miscarriage directly ahead of a show. The star still went along with the performance, as per reports.

“It’s the angriest performance that I’ve ever done in my life,” Halsey recalled at the time.

“That was the moment of my life where I thought to myself, ‘I don’t feel like a f—ing human being anymore.’ This thing, this music, Halsey, whatever it is that I’m doing, took precedence and priority over every decision I made regarding this entire situation from the moment I found out until the moment it went wrong. I walked offstage and went into the parking lot and just started throwing up,” she said.

In March 2021, the singer took to Instagram to speak about her pregnancy.

“Why is it ok to speculate and pass judgment about fertility and conception? My pregnancy was 100% planned, and I tried very hard for this bb. But I would be just as happy even if it were another way,” Halsey wrote on her Instagram.

The artist has also shared her battle with endometriosis with fans, including multiple “terrifying” surgeries she underwent.

Halsey has released three platinum albums and is best known for hits like “Without Me” and “Bad at Love.”

The “Without Me” singer recently announced “another labor of love” she has been preparing to deliver. She reveals the title of her fourth studio album, “If I Can’t Have Love, I Want Power,” produced by Nine Inch Nails Trent Reznor and Atticus Ross.

“Badlands,” Halsey’s debut studio album, was released in 2015. The Recording Industry Association of America (RIAA) awarded it Double Platinum status, and to two of its tracks, “Colors” and “Gasoline.” She teamed with the Chainsmokers for the single “Closer” in 2016, which went to number one in over ten countries.

“Hopeless Fountain Kingdom” (2017) was her second studio album, and it featured more “radio-friendly” songs than her previous releases. The singles “Now or Never” and “Bad at Love” both charted in the top twenty on the Billboard Hot 100, with the former reaching number five. “Manic,” (2020) Halsey’s third studio album, was her best-selling album internationally, and its lead hit, “Without Me,” was her most famous single as a lead artist.