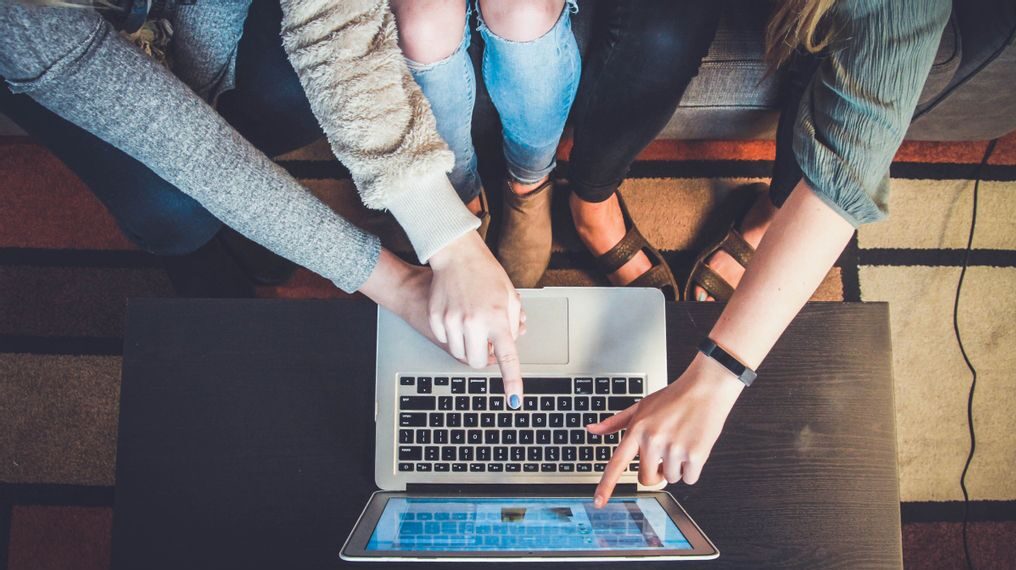 The pandemic was profitable for tech companies, since people got used to buying everything online, including clothes. (John Schnobrich/Unsplash)

The world’s 100 most valuable brands have seen historic growth, despite the global pandemic, reaching a total stock value of $7.1 trillion, according to consulting firm Kantar.

Technology dominates the top of the rankings, with American brands accounting for 56 of the 100 most valuable.

Amazon and Apple lead the way. Pinduoduo, Meituan, Moutai and TikTok from China, as well as Tesla from the U.S., doubled their value. With 275 percent rise, Tesla is the fastest-growing company and has become the most valuable automotive brand, per Kantar.

2021’s #KantarBrandZ Most Valuable Global Brand is @Amazon. Its brand value has increased by 64% to US$684bn. @amazon and @Apple are the first brands ever in our ranking to be worth more than US$½trillion. Read the full story here: https://t.co/9n1vM6WspP pic.twitter.com/XQXLhSDJlZ

How did these brands grow so much in such a difficult time?

Mauricio Martínez, managing director of the Insights Division at Kantar Mexico, told Zenger the numbers speak of a much longer trend.

“Technology boosted all these brands. I would say they have something in common: They get leverage from many fronts. Technological advancement is a priority within their countries’ development agenda,” Martínez said, explaining technology matters to consumers, not for its own sake, but because it delivers convenience and lets them achieve a goal.

For the Kantar Mexico executive, technological development could be considered the new oil or the gold of the 21st century.

He says the company that meets the customers’ needs through an easy, fast, accessible and cheap technological path will set new development standards, which will redound in profits.

Adaptability played an essential part in the companies’ success. But American companies also received support from the U.S. government, which boosted their purchasing confidence and promoted their growth.

For 75 percent of the mass-consumer product market, buyers in the lowest socioeconomic strata were responsible for half the growth. Mass consumer products are goods that families buy daily, for immediate consumption, and at affordable prices.

Sectors in which many anticipated problems at the beginning of the pandemic ended up growing. Clothing brands, for instance, rose 53 percent last year, surpassing media and entertainment, and only behind consumer tech companies.

Consumer habits have changed through the pandemic. Many people discovered shopping online to be attractive and easy.

Mariana Gómez, a homemaker, told Zenger her family spent at least $250 a month shopping online in the last year.

“We bought clothes, food, books, thousands of little things to entertain ourselves. Malls are already open, but my children don’t want to go anymore. They buy their clothes and shoes online, even though sometimes the items don’t match [their] size. My children tell me, it’s very easy to return them. Sometimes there are more sales and more available products online than in actual stores,” she said.

One of the most critical transformations triggered by the pandemic is the new role of the home. Before the health emergency, the house was primarily a sleeping place. Now, it is also an office and a place to share, shop and exercise.

Clothing preferences are changing, too.

People are buying more comfortable clothes that allows them to exercise, as now they have more time. The growth of athleisure brands bears witness to this fact. Athleisure stood out as a shopping category in an extraordinary way, which also points to a more relaxed the dress code, said Martínez.

Eduardo Gómez, a professional from Mexico City, told Zenger he has radically modified his dressing habits and, in general, his consumption habits, since the pandemic.

“I have never loved going to shopping malls. I used to buy some things online even before the pandemic, more electronics than clothes. I’m not sure if back then all stores sold online, but now it’s very convenient and practical,” Gómez said.

Gómez has always liked sportswear, but says he wears it more often now.

Uniqlo was the clothing brand that grew the most during the health emergency, at 88 percent. The reason could be its business model: Uniqlo avoids fast fashion and orders large batches of essential pieces that do not go out of style.

Consumers also like its inclusive business model, with available clothes in all shapes and sizes. Uniqlo is an environmentally sustainable company, a practice that buyers tend to reward.

“From the consumer’s perspective, we will remember 2020 as the year in which we learned how to demand brands to behave seriously. For months, we saw messages supporting ideas such as taking care of the planet, acting in good faith, and not taking advantage of others,” said Gómez.

“Getting this wrong brought negative consequences that were reflected in social media and dramatic drops in consumers’ preferences — which meant companies’ market share. Without question, 2020 raised consumer awareness,” he said.

“My children and I have downloaded all the apps: food apps, Amazon, Zoom, etc. They kept us close to our loved ones at the most critical point of the pandemic. At least, we were able to meet by video call,” she said.

With millions of people in Gómez’s shoes, the growth of tech companies is understandable.

Strong brands fall less in a crisis — and recover more quickly. Investing in them will always have very positive returns, Martínez said.

“To some extent, the pandemic was good for brands that knew how to adapt and adjusted their strategies. [It helped] those that were already prepared, but terrible and devastating for the rest,” Martínez said.

Many believe the changes brought by the pandemic will leave a permanent mark on consumer habits.

“Believing that these trends are going to disappear is completely wrong,” he said. “[We are living] in a time when you have to keep your eyes wide open, focusing on innovation and understanding consumer needs.”

(Translated and edited by Gabriela Olmos; edited by Melanie Slone and Fern Siegel)