After a successful pilot on 100 acres, the cultivation area for chilis is set to be expanded to 5,000 acres.
By Zenger News Desk July 21, 2021
Facebook
Twitter
Linkedin
Email 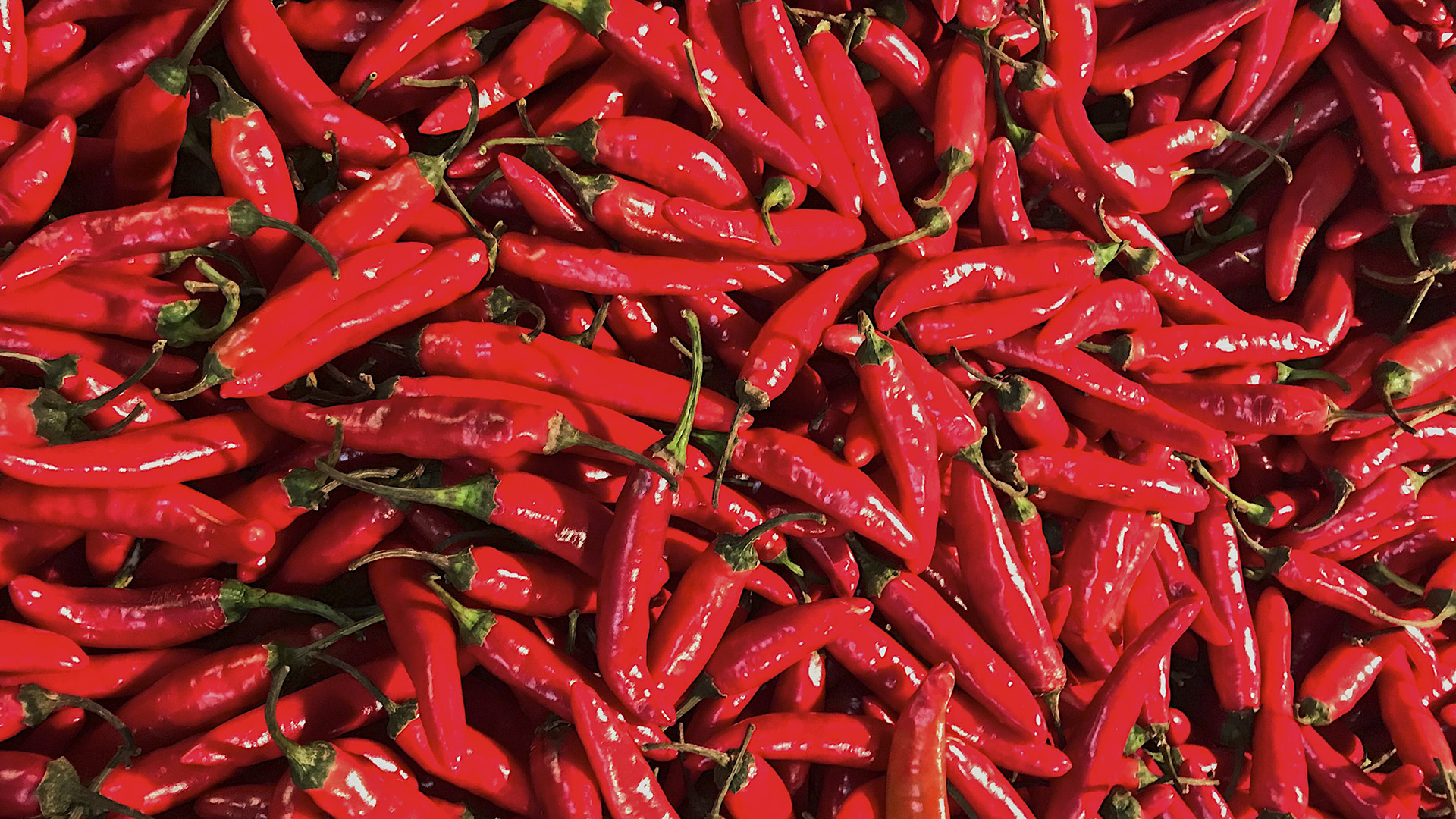 (Representative Image) The China-Pakistan Economic Corridor, is set to expand the area of chili farming in the upcoming sowing season to over 5,000 acres. (Yethu Mtshali/Unsplash)

ISLAMABAD — The China-Pakistan Economic Corridor, which has been facing opposition in Pakistan, is set to expand the area of chili farming in the upcoming sowing season to over 5,000 acres.

“Could expand to 5,000 acres spread over different regions.”

Pakistan is amongst the top ten chili-producing nations that enjoy a combination of warm, humid, yet dry weather and a well-drained sandy loam with rich organic content.

In Pakistan, Sindh province is the major producer of chili, followed by Punjab and Balochistan.

The major constraints in production faced by chili farmers here are lack of a modern irrigation system, imbalanced use of fertilizer and pesticide, and lack of training.

“In Pakistan, old methods of the 1970s, 1960s, or 1980s are adopted by farmers,” said Zahid Gishkori, a correspondent based in Pakistan. “Now Pakistan has to adopt modern technology to increase its production.”

What is worse, growers are troubled by marketing issues, including unreasonable commission agent charges, improper weighing, price fluctuations, and lack of proper storage facilities. Pepper growers are unable to make a proper profit from chili due to marketing channel barriers.

Taking hold of the situation, the China-Pakistan Economic Corridor had launched a pilot project of chili farming on 100 acres.

Chen Changwei, chairman of Sichuan Litong Food Group, China, noted that their pilot chili farm project successfully completed 100 acres of plantation in the first half of 2021 in Lahore, the second-largest city in Pakistan, and the capital of the province of Punjab.

In return, China Machinery Engineering Corporation agrees to buy the chili at a price that is nailed down in advance.

Also, the exported chili from Pakistan to China is benefiting the Chinese the most as compared to Pakistani farmers.

When searched on JD.com, a Chinese e-commerce giant, the results of Pakistani chili is as same as the red chili powder exported from Pakistan costs RMB 33.6 ($5.19) to buy one in China, which is twice the original price in Pakistan.