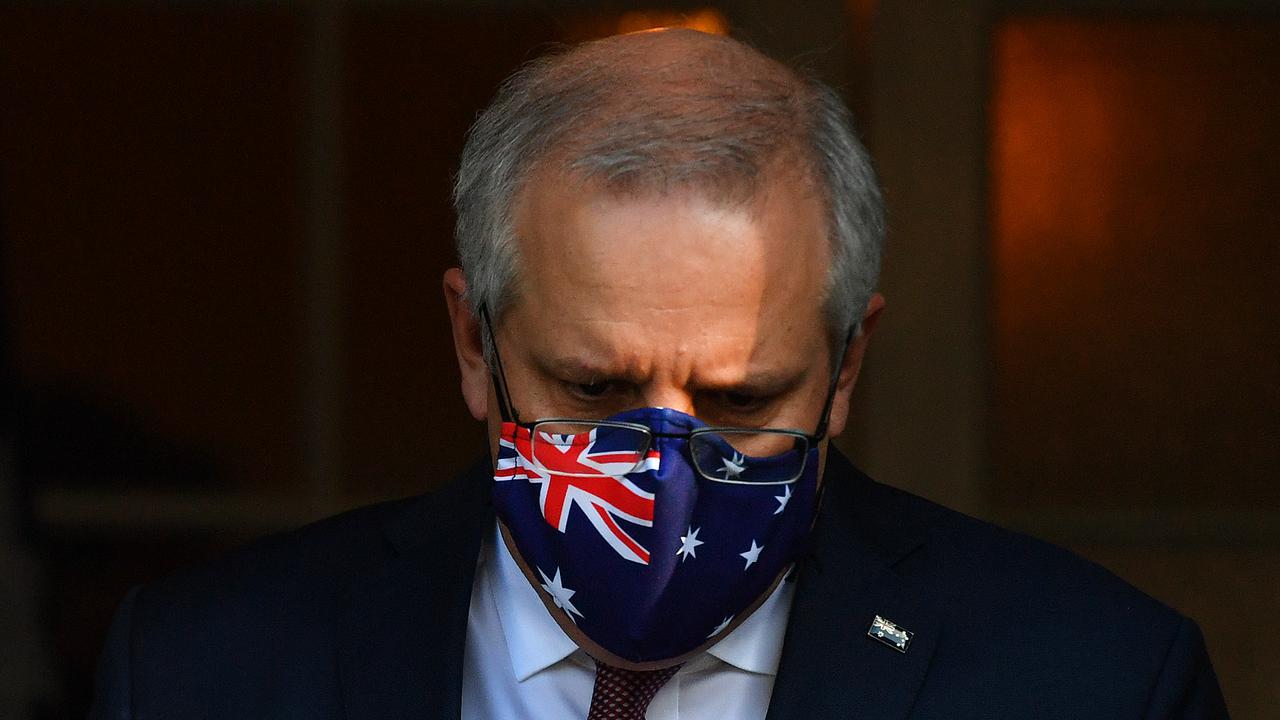 CANBERRA, Australia — Scott Morrison has suffered a significant hit in voters’ opinion of his crisis management with the federal government under sustained pressure over vaccines.

A recent poll shows 49 percent of Australians believe the prime minister is good in a crisis, down from 64 percent in mid-March.

Morrison also lost ground in being trustworthy—down eight points to 47 percent—and being more honest than most politicians, which fell the same margin to 45 percent. A significant majority of the respondents—73 percent—also believe that Morrison plays politics.

Compared to mid-March, more people think he is out of touch with ordinary people (up to eight points to 59 percent) and avoids responsibility (up to six points to 54 percent).

The survey of 1100 voters was conducted with Sydney and Melbourne locking down to fight outbreaks of the Delta Covid-19 strain.

The Morrison government has faced fierce criticism over the sluggish Covid-19 vaccine rollout, which opponents have blamed for lockdowns.

But senior ministers insist it will gather pace as more Pfizer doses arrive in the country over the coming weeks and months.

According to the poll, 46 percent of people rated the federal government’s pandemic response as good, up from 44 percent two weeks ago.

That measure peaked at 70 percent in March.

A Newspoll released earlier in the week put the opposition Australian Labor Party ahead of the coalition 53 to 47 percent on a two-party preferred basis. This was a two-point gain for Labor over the previous poll three weeks ago.

Compounded data of the last 12 such polls have shown that Labor has led the coalition government in the first nine polls and was breathing down the coalition’s neck as the average puts both in the last three at 46 or 47 percent.

However, while the current regime has performed poorly in recent polls, the coalition can win back the popular vote within a year’s time as the next federal elections aren’t until May 2022. Australia’s vaccination percentage is set to rise until the end of the year as Pfizer will have delivered 40 million vaccines by then.

Such immunity could mean progressively fewer and shorter lockdowns until they’re not needed anymore to contain the spread of Covid-19. Just last month, the unemployment rate was at its lowest in the past decade at 4.9%.

The survey showed outbreaks appear to have made inroads against vaccine hesitancy.

Almost two-thirds of Australians say they will get vaccinated as soon as possible or have already received at least one jab, up from 51 percent two weeks ago. A further 27 percent are prepared to receive a vaccination but not straight away, down from 33 percent in the last survey.

There is 11 percent who say they will never be vaccinated, a five-point drop from earlier in the month.