Officers confiscate birds and hope to release them back into the wild. 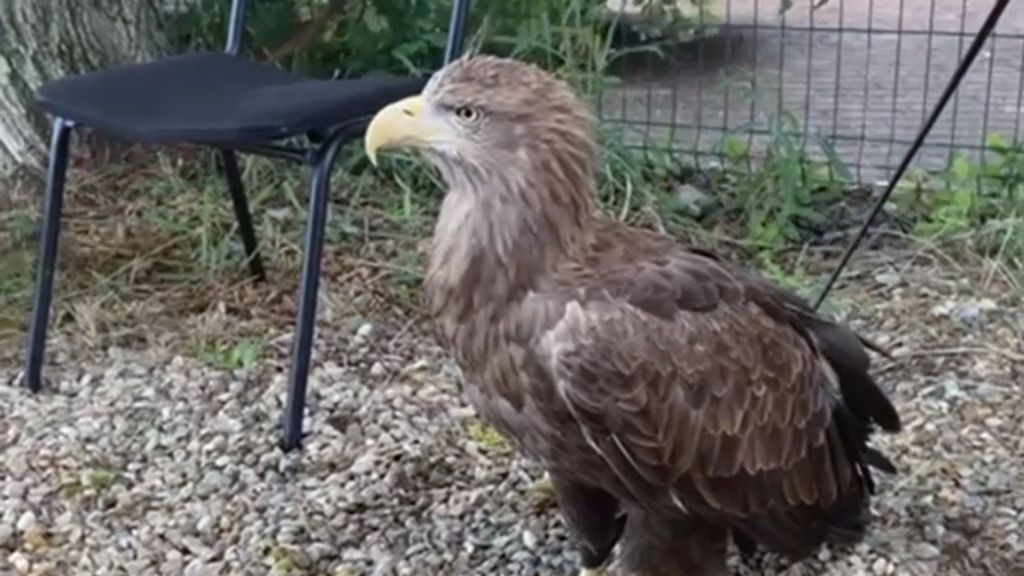 Russian police seized two eagles from a resident accused of offering tourists a chance to take pictures with them. (23.mvd.rf/Zenger)

Russian cops have confiscated two eagles listed in the IUCN Red List as endangered from a man who was offering tourists the chance to take pictures with the illegally kept birds in exchange for cash.

The man was arrested in the resort town of Yeysk in the Russian Krasnodar Krai region on the shore of the Taganrog Gulf of the Sea of Azov. He was charged with illegally exploiting the eagles, which are a protected species. Authorities said he did not have the necessary paperwork for the birds, which were confiscated.

Police said the suspect is likely to face a fine, but the loss of the birds is probably the bigger punishment.

The man was reportedly charging a substantial amount, although the exact figures were not mentioned.

Both birds are now kept in a specialized center until it is determined whether they are fit to be released back into the wild. If they were captive-bred, they may be unsuitable for release.

The man’s arrest was carried out as part of the police “Resort-2021” project, in which employees of the Ministry of Internal Affairs for Yeisk district, together with representatives of the Interdistrict Environmental Prosecutor’s Office Azov-Black Sea, look for people carrying out illegal business activities.

Officers are paying special attention to identifying criminals who use animals and birds in their illegal businesses.

According to the report Wildlife Trade in the Russian Federation, “Russia is an active player in the global wildlife market. Even legally, thousands of live animals and a few millions of their parts and derivatives are traded in Russia each year. But legal trade is just the top of the iceberg. The vast majority with animals and their parts are traded in the ‘black market.’

“By the number of recorded cases, wildlife trafficking in Russia is among leaders of illegal trade, competing with trafficking of cultural property, precious stones and ranking only below the firearms smuggling.

The results of the study “led us to the conclusion that combined legal and illegal trade can endanger several species. If we are not able to take under control poaching and trafficking of animals, their parts and derivatives, such species as saiga, saker falcon, and gyrfalcon will go extinct in Russia,” said Vladimir Krever, scientific director at the Biodiversity Conservation Program of WWF Russia.

“Some populations of the wild reindeer, the Siberian musk deer are also in danger,” he said.

The report also notes birds of prey are sent to the Arab states in the Persian Gulf for falconry.