The US Marine Corps has flown in its own Covid-19 vaccine supply to inoculate the 2200 servicemen and women based in Darwin. 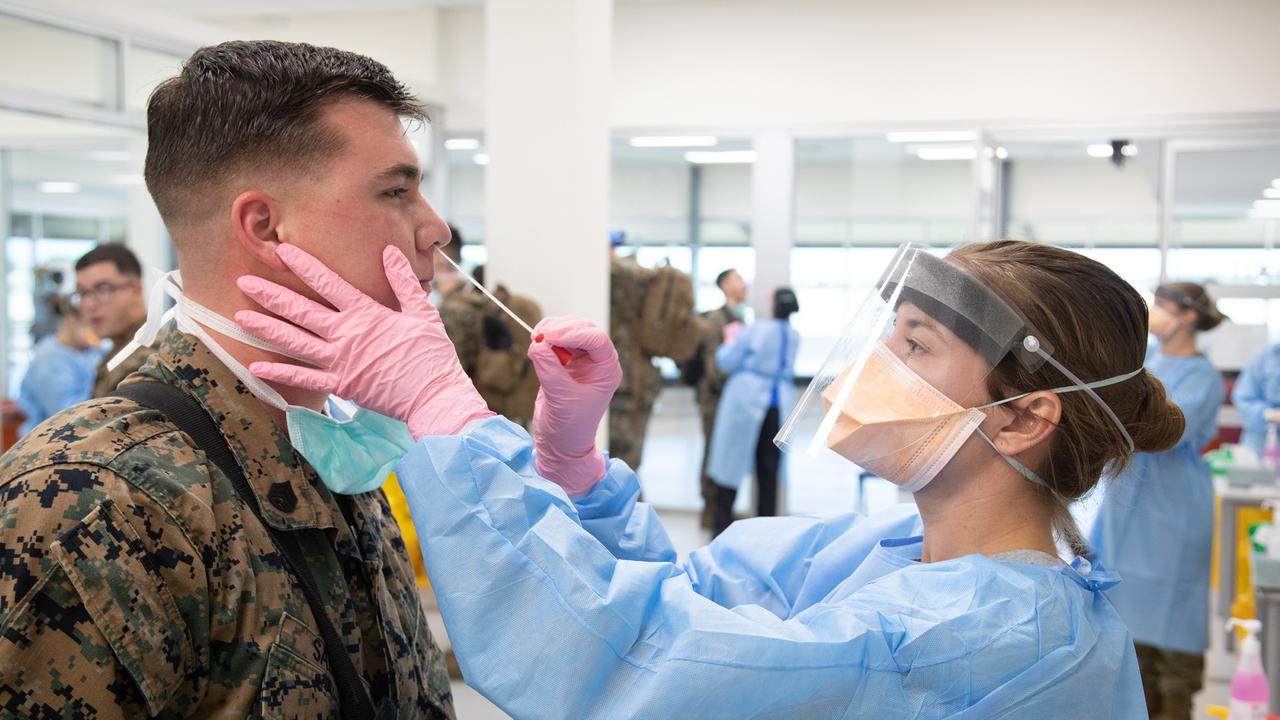 All US Marines are subject to screening and quarantine requirements on arrival into Australia. (AAP Image)

DARWIN, Australia — The United States military has flown its own Covid-19 vaccine supply into Australia’s Northern Territory to inoculate the Marine Rotational Force based in Darwin.

About 2200 servicemen and women are in the Top End as part of the annual Marine Rotational Force.

They’ve started receiving their first doses of the Moderna vaccine, which are being administered by the United States Navy medical officers.

The vaccine is offered under America’s emergency-use authorization to armed forces members who choose to receive it. Many were already vaccinated before arriving in Australia as part of the United States’ ongoing vaccine rollout, which has fully inoculated about 49 percent of the country’s 328 million-strong population.

“We have received and administered these vaccines in an effort to fight against Covid-19,” a Marine spokesman said on July 19.

“(This will) protect the community in which we live and work, as well as our forces here in the Top End.”

The United States military has supplied enough vaccines for first and second doses but didn’t say which vaccine it is using. The Australian government in May secured 25 million doses of Moderna in a bid to diversify the nation’s vaccine portfolio from Pfizer and AstraZeneca.

All Marines are subject to strict screening and quarantine requirements prior to departure and on arrival into Australia.

They must present a negative Covid-19 polymerase chain reaction test 72 hours before departure for Australia.

This is followed by mandatory 14-day quarantine in secure facilities at the Royal Australian Air Force Base in Darwin and nearby Bladin Village.

A few Marines have tested positive for Covid-19 while in the Northern Territory and have been transferred to the Howard Springs quarantine facility in Darwin.

The 2021 deployment is the 10th annual Marine Rotational Force to be based in Darwin.

They are part of the ongoing posture initiative to promote regional stability under the Australia, New Zealand, United States Security Treaty (ANZUS) Treaty. It is among the many peace treaties the United States has signed with other countries in the Asia-Pacific including the Philippines and Japan in 1951, and later with South Korea and Taiwan in 1954. Only, the Taiwan treaty was superseded by Taiwan Relations Act in 1979.

Darwin’s location just south of more than a dozen Asian countries and some of the world’s busiest shipping lanes makes it an ideal location for the force to be based.

Nine other countries have joined the United States and Australia in their biennial military drill called the Talisman Sabre Excercise in the Northern Territory amid escalating territorial control tensions and instability in the Indo-Pacific region.