As overseas countries move away from coal, American gas exporters are lowering costs. 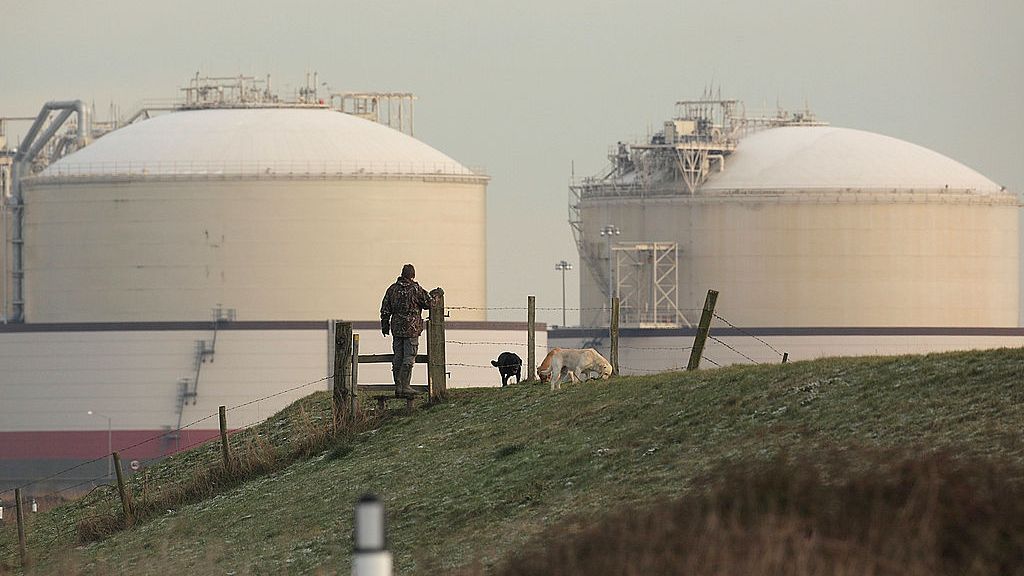 The United States used its unique advantage in natural gas to retain its position as the world’s leading producer of petroleum in 2020.  Pictured is a Liquefied Natural Gas (LNG) importation terminal on the Isle of Grain, England. (Peter Macdiarmid/Getty Images)

Amid a global pandemic and worldwide fuel glut, the United States used its unique advantage in natural gas to retain its position as the world’s leading producer of petroleum in 2020, with forecasted growth in exports of liquefied natural gas expected to continue as American companies search for new international gas trading partners.

The U.S. has been the world’s leading producer of petroleum and natural gas since 2014, partly due to an increased worldwide demand for natural gas, which grew again in 2020 despite a global pandemic, international oil producer BP reported in its annual energy report. Also driving that growth of natural gas consumption: renewable energy.

“You see the growth of natural gas, alongside of renewables, for the next 10 or 15 years,” Spencer Dale, chief economist at BP, told the Atlantic Council Global Energy Center on July 12 during a launch event for the company’s 2021 Statistical Review of World Energy, an annual review of worldwide energy production trends.

The founder of one U.S. company meeting global liquefied natural gas demand said it promotes the fuel to overseas countries as a cleaner alternative to coal and a reliable power source to build along with renewable energy resources that intermittently provide power.

“Liquefied natural gas is a short-, medium- and long-term solution for the global energy transition,” said Michael Sabel, founder and CEO of Venture Global LNG, a Louisiana-based company that has used “Henry Ford”-style infrastructure manufacturing innovations to reduce its costs.

Despite the worldwide pandemic that forced global oil and coal consumption down sharply, the global liquefied natural gas trade ticked up during locked-down 2020, rising 0.4 percent, the energy administration said.

Liquefied natural gas will continue to be a growing component of the world’s energy mix over the next two decades as economies seek to replace fossil fuel use with renewables and other low-carbon energy sources, Dale said.

Sabel said many developing countries are choosing between coal and natural gas for baseline power production.  With half the carbon dioxide emissions of coal, and fewer emissions of other pollutants, natural gas is a “superior” choice when considering health, safety and clean air, Sabel said. However, coal is cheaper, which Sabel said puts his company in the position of selling based on the environmental benefits of natural gas.

“The transition is going to look very different for different regions or countries,” Sabel told a recent Reuters Global Energy Transition conference, noting that not all had the geographic resources to implement renewable energy solutions like wind or solar, which generally require vast tracts of land, or a developed electrical grid, to use these technologies.

But many countries are buying into natural gas, Sabel said. Japan, which is limited by geography on solar and wind production, is increasingly turning to natural gas, he said. So is Poland. And the burgeoning middle-class of Africa is expected to fuel more growth in exports, as Sabel said nations with emerging economies will likely rely on natural gas to support their growing renewable energy grids.

While Dale also cited Africa as a potential growth spot for natural gas, he said the short-term impact would be seen in Asia as coal-producing countries, especially China and India, would need liquefied natural gas to meet their growing energy demands.

“We see a significant role for LNG in helping developing economies, particularly in Asia, in decarbonizing their energy systems,” Dale said, citing the company’s annual report.

Meanwhile, the U.S. continued to edge out both Russia and Saudi Arabia in petroleum production, according to the energy administration, though both nations adopted production limits set through an OPEC (Organization of Petroleum Exporting Countries) agreement.

BP’s report showed a 4.5 percent decrease in energy consumption in 2020, led by sharp declines in global oil consumption as transportation lessened during the lockdowns. Natural gas, however, continued its rise in the energy mix, reaching a record high of 24.7 percent, according to the same report.