Relief Coming For Gas Prices, But Be Patient

California, with gas prices topping $4 per gallon, is skewing the national average higher. 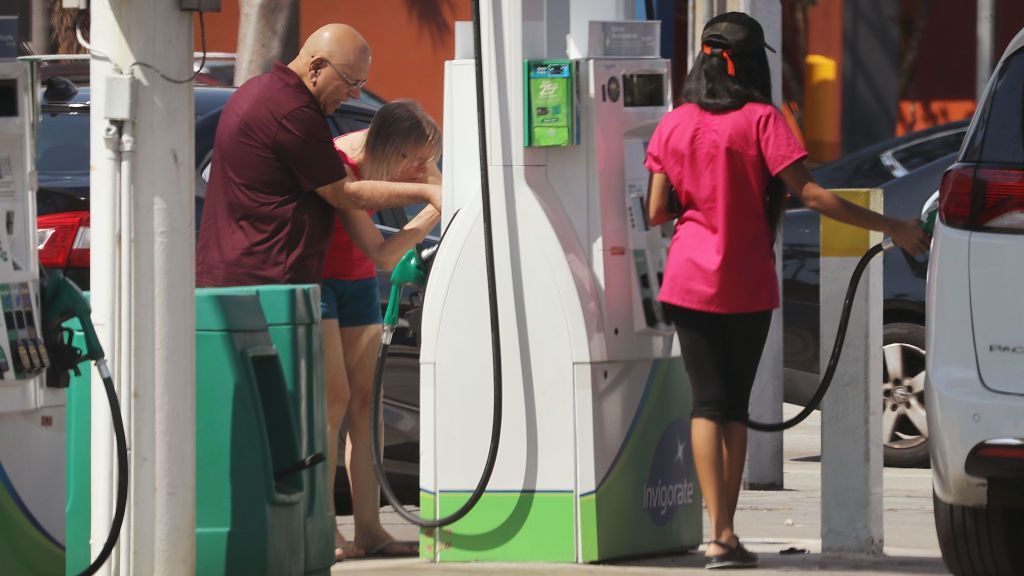 AAA reported a national average retail price of $3.16 for a gallon of regular unleaded on Tuesday. That’s up from the $3.07 per gallon reported a month ago. (Photo by Joe Raedle/Getty Images)

Retail gasoline prices may be on their way down in the United States as demand tapers off, but don’t expect prices to fall as fast as the price of oil, analysts told Zenger.

A weekend decision by members of the Organization of the Petroleum Exporting Countries and their allies, a group known as OPEC+, to allow for another 400,000 barrels of oil on the market took a toll on already-bruised crude oil prices.

With demand tapering off after the long July 4 holiday weekend, commodity prices have eased back from multi-year highs. Since the start of the month, the price for Brent crude oil, the global benchmark, is down more than 7 percent to trade near $70 barrel.

But the same can’t be said for gasoline prices. Travel club AAA reported a national average retail price of $3.16 for a gallon of regular unleaded on Tuesday. That’s up from the $3.07 per gallon reported a month ago, when Brent crude oil prices were closer to $75 per barrel.

Crude oil prices account for the bulk of the price at the pump, along with taxes and other minor fees.

Patrick DeHaan, the senior petroleum analyst at GasBuddy, told Zenger from Chicago that it takes time for retail gasoline prices to catch up with crude oil.

“Expect that the national average will start on a downward trend in the next 72 hours,” he said. “Stations last night just started buying the cheaper fuel, so they will take time to pass the drop along.”

Analysts attributed the recent spike in gasoline prices to increased demand as U.S. travelers look to break the cabin fever contracted during the long periods of isolation and social restrictions at the height of the pandemic last year.

However, demand remains in line with seasonal trends, which sees it taper off between the July 4 holiday weekend and Labor Day in early September.

On the spot market, Patricia Hemsworth, a senior vice president at Paragon Markets, told Zenger from Brooklyn that there has been a dramatic drop in gasoline prices for immediate delivery.

“It is pretty extraordinary,” she said. “Gasoline fell faster than crude on this massive selloff. The larger driver now is the perception of COVID resurgence affecting economic growth.”

Parts of California have reintroduced mask mandates in an effort to control the spread of the Delta variant of the novel coronavirus. Ohio’s governor recently shot back at suggestions that restrictions could be reimposed, given the increase in new cases of COVID-19 and the general slowdown in vaccinations. If sustained, it would eat into consumer demand.

The price at the pump varies considerably across the country.

“Long story short, California is very responsible, as are the other pacific states, Nevada and Idaho, for keeping averages propped up,” said Denton Cinquegrana, the chief oil analyst for the Oil Price Information Service. “For a couple of weeks now the most common price in the U.S. has been $2.99 per gallon.”

Nevertheless, at both the retail and wholesale level, prices are moderating.

A federal market report for July estimates that retail gasoline prices will average $2.92 per gallon during the second half of the year.