More Virus Cases Could Be Found On Western Australian Ship

Eight crew members aboard a vessel have tested positive after displaying symptoms of the virus.
By Michael Ramsey July 20, 2021
Facebook
Twitter
Linkedin
Email 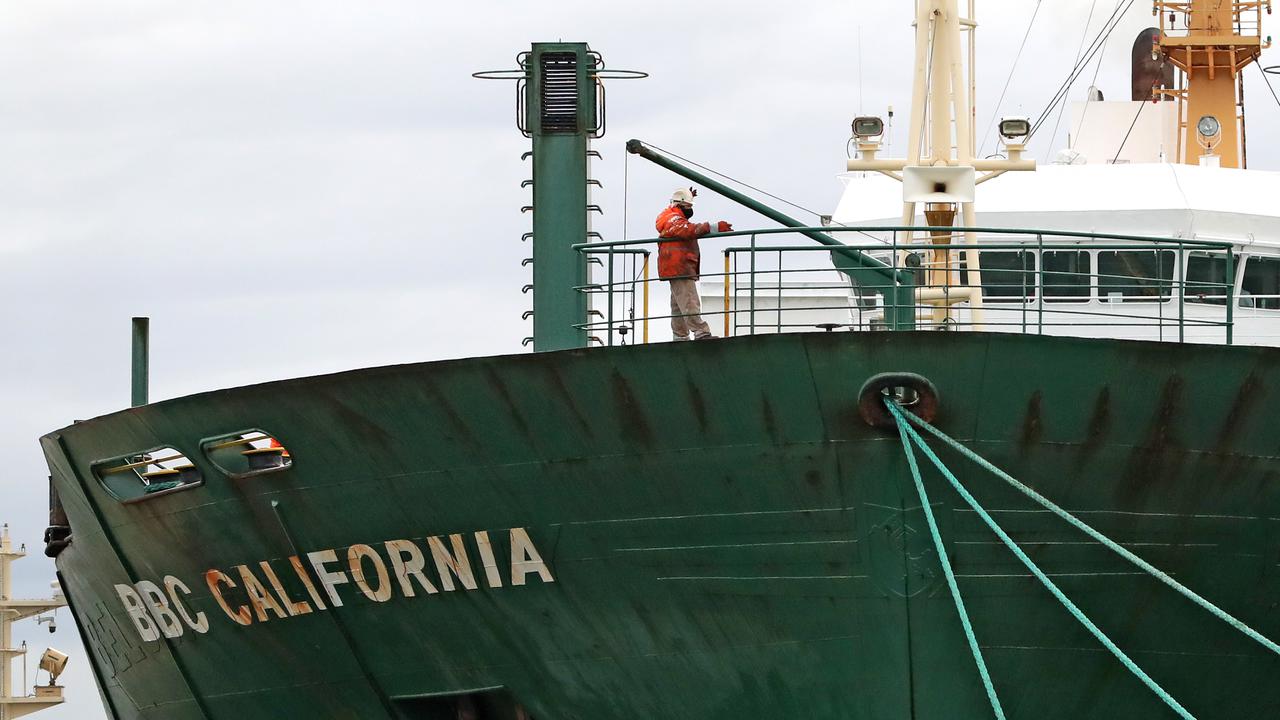 CANBERRA, Australia — Western Australian authorities are bracing for further possible coronavirus cases among the crew of an infected cargo ship docked in Fremantle.

Eight crew members aboard the BBC California vessel have tested positive after displaying symptoms of the virus.

They have since been isolating in separate cabins aboard the ship.

Results are pending for a further six non-symptomatic crew members who were due to be tested on July 19.

Western Australia’s health department said the group would also receive serology tests to determine whether any had previously had the virus.

The BBC California vessel left Egypt on June 8 and has since visited three ports in Indonesia. A number of crew members became unwell last week, prompting the ship’s captain to seek assistance.

The ship docked at Fremantle Port on July 19, allowing crew members to disembark in small groups so they could be tested inside a shed.

They were met by health workers and police, clad in personal protective equipment, and returned to the ship a short time later.

Premier Mark McGowan insisted “every precaution” was taken to ensure the safety of port workers and the West Australian community.

“Anyone who needed medical treatment would be hospitalized, but doing so would increase the risk of community infection,” he said.

“If the crew can remain on board the ship and they can quarantine there, it reduces the risk to all of us.”

Authorities are closely monitoring the situation in South Australia, which has imposed widespread restrictions after detecting three new local cases.

Western Australia has a hard border for the southeastern state, New South Wales, Victoria, and northeastern state, Queensland, but South Australia travelers currently do not have to quarantine unless they have been to exposure sites.

“Travel is permitted into and around Western Australia from interstate and New Zealand, depending on where travelers have come from and who they have had contact with in the 14 days prior to travel,” said the Western Australian Government in a statement.

“They are also subject to conditions, including completing a G2G PASS  declaration prior to entry.”

The Chief Health Officer continues to closely monitor community transmission in other jurisdictions and will advise the Western Australian Government if any changes to our borders are required to keep Western Australians protected.

An updated list of exposure sites was published by South Australian Health on July 19.

“It does not necessitate a change to the rules at this point in time, but if we have to, obviously we will,” said McGowan.

“You would have to say of all the states in Australia, we have been the toughest on all these sorts of things to try and keep the virus out, and our measures have largely worked.”