“Mimi” is a quirky tale of a feisty girl played by Kriti Sanon who becomes a surrogate mom to make money. 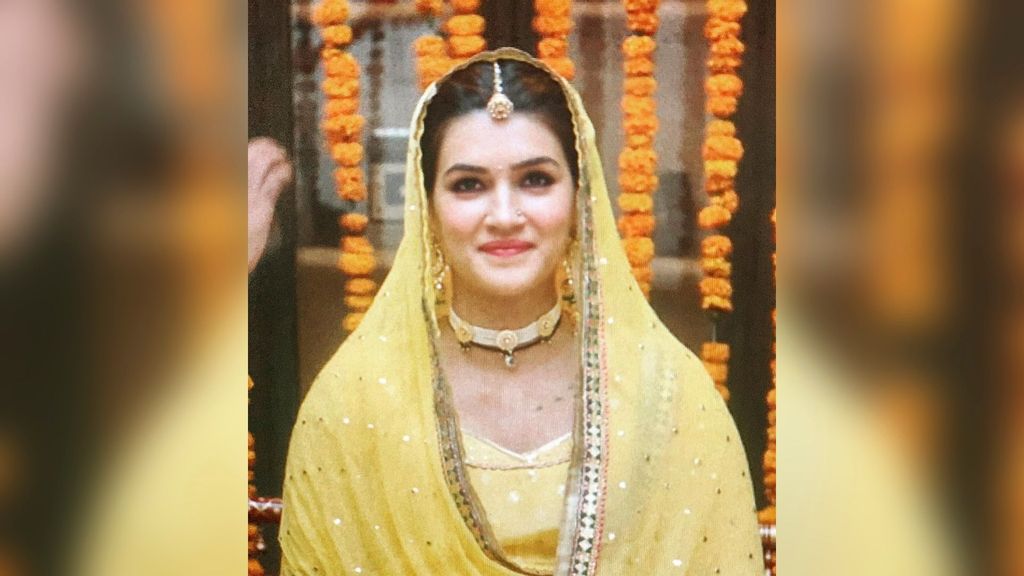 Ahead of the release of "Mimi", actor Kriti Sanon has shared her "chubbiest" look from the movie. (@Kritisanon/Instagram)

MUMBAI, India — Ahead of the release of “Mimi,” Bollywood actress Kriti Sanon has shared her “chubbiest” look from the movie.

“Mimi,” which is directed by Laxman Utekar, is a remake of Samroudhhi Porey’s National Award-winning Marathi film “Mala Aai Vhhaychy!” (2011). In the movie, Sanon will be seen essaying the role of a young surrogate mother.

The recently released three-minute-long trailer narrates a quirky tale of a feisty and carefree girl (Sanon) who becomes a surrogate mom to make money. It also touches upon the challenges of surrogacy and how society looks at it.

The makers have tried to impart meaningful messages through comic situations, leaving viewers emotional and amused at the same time.

To fit in the role of the protagonist, Sanon had to put on 33 pounds.

“This was my chubbiest day of ‘Mimi’! And coincidentally happened to be my ‘god bharai’ (pre-delivery ritual) scene. Could not recognize myself (sic),” said Sanon in the post.

“Those cheeks,” a fan wrote.

Sanon is seen wearing a yellow ethnic suit in the particular scene from “Mimi,” which also features actors Manoj Pahwa, Supriya Pathak, and Pankaj Tripathi. The movie is scheduled to release on July 30 on the streaming platforms Jio Cinema and Netflix.

Sanon has been basking in praises since the release of the trailer of her much-anticipated film.

Actress Kangana Ranaut also sent her best wishes to the actor. Taking to her Instagram handle, Ranaut posted Kriti’s picture from one of her promotional day looks.

“How amazing you look; all the best for #Mimi. Trailer looks amazing @kritisanon (sic),” said Ranaut.

Overwhelmed by receiving a positive response, Sanon opened up about how “Mimi” shaped her as a person.

“It is so gratifying to see; I cannot even express it. This film is just super special to me. I have believed in it and given it my all as an actor, ‘Mimi’ helped me explore so many various emotions within myself, and to now see the trailer being unanimously loved with everyone praising it and appreciating what the entire team has done, is just really overwhelming,” she said.

Sanon began her career as a model before making her Telugu film debut with “Nenokkadine” (2014). In 2014, she received the Filmfare Award for Best Female Debut for her performance in Sabbir Khan’s action-comedy “Heropanti,” which was her first production in Hindi cinema.

Sanon has since starred in the commercially successful romcoms “Bareilly Ki Barfi” (2017) and “Luka Chuppi” (2019), the humorous action romance “Dilwale” (2015), and the comedy “Housefull 4” (2019) that count among her highest-grossing films. Sanon has a degree in engineering, but she says she switched to acting because she wasn’t sure she wanted to work as an engineer for the rest of her life.