Scientists discover DNA in the dirt of a cave that shows human presence at the site 10,000 years earlier than previously known.
By Georgina Jadikovskaall July 20, 2021
Facebook
Twitter
Linkedin
Email 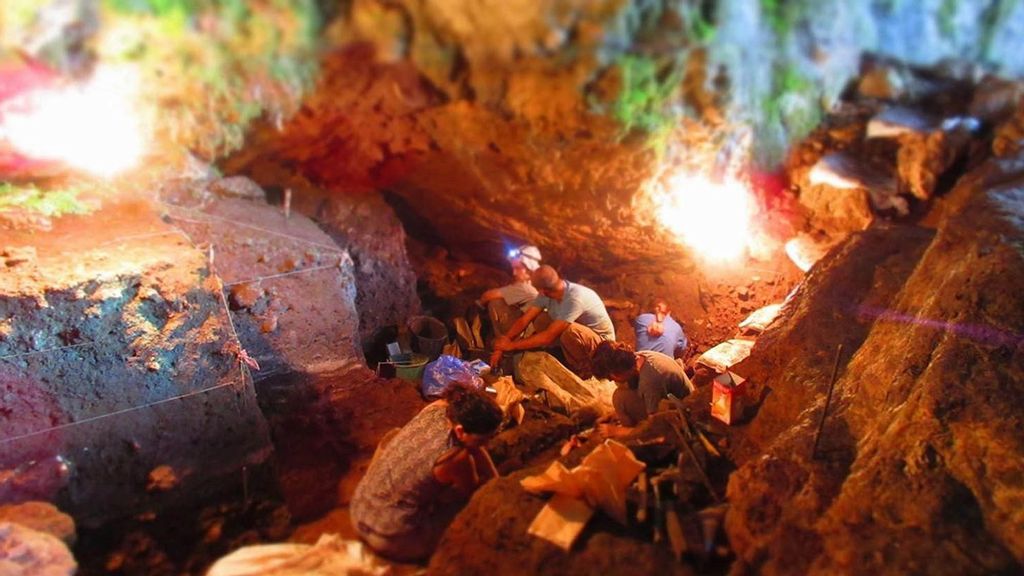 Excavations in the Satsurblia Cave in Georgia. (Anna Belfer-Cohen/Zenger)

Ancient dirt has provided DNA samples that revealed evidence of a previously unknown human population that resided in a Georgian cave more than 25,000 years ago.

A few genome sequences called SAT29 obtained from a single soil sample from the Satsurblia Cave in the Caucasus region in Georgia revealed an unknown population that had inhabited the area.

The researchers used an innovative approach that “permits the identification of DNA in samples of environmental material by applying extensive sequencing and huge data analysis resources,” according to a press release about the discovery.

The technique has allowed the recovery of an environmental human genome from a layer of the cave that dates to before the Ice Age, about 25,000 years ago.

“This new approach has evidenced the feasibility of recovering human environmental genomes in the absence of skeletal remains,” the release states.

The Satsurblia Cave, formed in Sataphlia-Tskaltubo karst massif, was inhabited by people at different times in the Paleolithic Period. Until that time, the oldest sequenced genome of a human individual from the cave was 10,000 years younger than the current one.

Further, “the analysis of the genetic material has revealed that the SAT29 human environmental genome represents a human extinct lineage that contributed to the present day West-Eurasian populations,” the release states.

In order to confirm the results, the researchers compared the recovered genome and the genetic sequences from bone remnants from Upper Paleolithic Dzudzuana Cave in the same area, which provided clear evidence of genetic similarity.

In addition to the identified human genome, other mammal genomes including wolf and bison species were also recovered from the soil samples. The researchers used these sequences to reconstruct the wolf and bison populations in the Caucasus region and upgrade the collected knowledge of the population dynamics of these species.

The next project of the international research team will be to collect samples of ancient fauna and humans from the Satsurblia cave in order to determine their mutual interactions.

Through the extraction of DNA from soil samples, the scientists hope to reconstruct the evolution of past ecosystems and evaluate the effect of climate change on mammal populations.

The research was conducted by an international team led by professor Ron Pinhasi and Pere Gelabert with Susanna Sawyer of the University of Vienna in collaboration with Pontus Skoglund and Anders Bergström of the Francis Crick Institute in London.

An earlier version of this article stated that an unknown human species was identified. It was a previously unknown population present at the site, and the genome represents a human extinct lineage that contributed to present West-Eurasian populations.