Sarah Klein and Amanda Smith speak out in hopes of protecting others from predatory behavior. 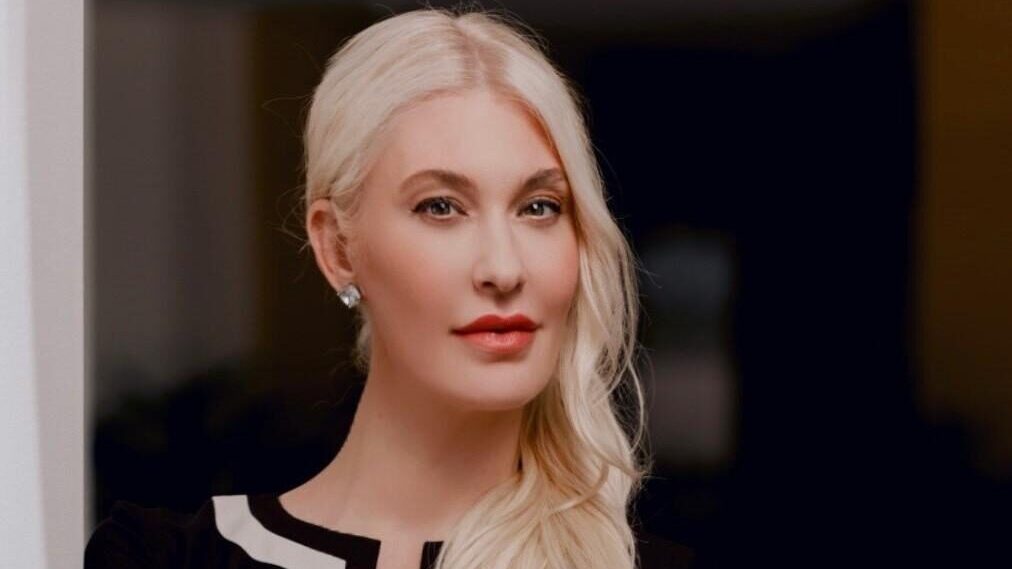 Former gymnasts and survivors of sexual abuse Sarah Klein (pictured) and Amanda Smith are opening up about their experiences and calling out the institutions they say were complicit in the ongoing abuse by Dr. Larry Nassar. (Courtesy of Sarah Klein)

Days before the 2020 Tokyo Summer Olympics get underway, two former Olympic gymnasts who survived sexual abuse at the hands of a Team USA doctor are criticizing the institutions they say were complicit.

Sarah Klein and Amanda Smith are among hundreds of known victims of Larry Nassar, a former USA Gymnastics doctor. He is serving several federal and state sentences amounting to life in prison for the sexual assault of young women and minors, including molesting female gymnasts in his care.

Klein and Smith, now both mothers, spoke with Zenger about how powerful people and organizations normalized and enabled Nassar’s perverse behavior — to such a great degree that Klein didn’t realize he was abusing her.

“You equate it to a cult. All you know from childhood, before your brain is biologically fully formed — you don’t know anything else. You just think that’s how they do it here, and your red flags don’t get raised,” said Klein, the first-known survivor of Nassar’s abuse.

Klein and 140 other women received the Arthur Ashe Courage Award at the 2018 ESPYs.

“The other piece of that is, I loved this guy [Nassar]. He was the nicest part of the entire gymnastics experience,” she said. “It’s a brutal, nasty environment that’s based on tearing you down and scaring you. It’s extremely fear-based. And then you go to the back room and there’s this sweet, nerdy, laughing warm doctor who says he’s going to help you. That sounds great. And you’re a child, so you really don’t know any better.”

“It’s sort of the perfect storm for a serial pedophile to get away with it for three decades like Nassar did,” she said.

Smith’s abuse started at age 9 while she trained at the Twistars competitive gymnastics gym in the early 2000s. She said Nassar’s chief enabler was John Geddert, who coached the gold medal-winning U.S. women’s gymnastics team during the 2012 London Games. Geddert took his own life in February after prosecutors charged him with enough counts of human trafficking and sexual abuse to face life in prison.

Geddert was professionally and socially linked to Nassar for a quarter-century and employed him at two gyms he operated. The pair worked the 2012 Olympics together, at a time when Team USA’s “Fierce Five” dominated the competition. Several of them would later come forward as Nassar victims.

As a coach, Geddert regularly used fear and intimidation as tools, verbally berating young athletes. He was also accused of assault and battery in some instances.

His pattern of mentally and emotionally tearing the girls down put Nassar in the role of comforter, a welcome reprieve, according to Smith.

“Larry always made himself our safe space. … He was the shining light at the end of the day,” Smith said. “Every Monday night was like, ‘Yes, Larry’s here. We don’t have to listen to John [Geddert] scream at us for an hour.’ Usually John’s demeanor changed when Larry was around. … He didn’t physically harm other girls in front of Larry. Larry’s presence put this fake hope in the gym.”

Law enforcement’s failure to act, despite knowledge of serious allegations against Nassar, permitted him to continue abusing girls, according to a report released this month by U.S. Justice Department Inspector General Michael Horowitz.

In his 119-page report, Horowitz accused two FBI officials of lying and covering up “numerous and fundamental errors” in the agency’s investigation into the sex abuse scandal.

Horowitz said the FBI’s field office in Indianapolis “failed to respond to the Nassar allegations with the utmost seriousness and urgency they deserved and required” by neglecting to conduct any investigative activity for eight months after the probe began in 2015. The office also did not notify state authorities or the FBI office in Lansing, Michigan.

Other reports have pointed to USA Gymnastics and the U.S. Olympic Committee, concluding that they looked the other way.

USA Gymnastics, named in several lawsuits related to the scandal, came under fire for mishandling Nassar following a 2016 Indianapolis Star report. The newspaper concluded that the organization routinely dismissed sex-abuse accusations, failed to alert authorities and did not adequately track fired coaches or alert athletic organizations when the men surfaced with employment.

USA Gymnastics lost corporate sponsors and the confidence of several U.S. senators, who criticized the organization for waiting five weeks to report Nassar to authorities after learning of sex-abuse complaints in 2015.

The U.S. Olympic Committee also faces dozens of related lawsuits, and a “cover-up” allegation form members of Congress. Lawmakers claimed in a 2019 report that the committee “knowingly concealed abuse by Nassar,” and pointed to a year’s delay between when it first received information about Nassar’s behavior and when it took action.

Both organizations have denied responsibility, and have since adopted policies aimed at preventing future abuse.

Klein, is now an attorney, representing survivors of sexual abuse. She says that present in most cases is “this paradigm of people in a position of authority. A coach, a teacher, a priest, a doctor, Boy and Girl Scouts of America, taking advantage of that authority.”

“And the institution this person is supposed to represent,” said Klein, “chooses the cover-up, protecting their brand and protecting themselves from [legal] liability approach. Things get swept under the rug or hidden.”

“The work we do is not only holding the predator accountable, of course, but also holding the entity accountable that knew or should have known that this person was a predator and still gave access,” she said.

Smith said that like many survivors of sexual abuse, she is on a long path toward repair.

“It’s been a full healing journey to try to make baby steps,” said Smith. “There are pitfalls. As bad as my abuse was with Larry and as horrifying and invasive as that process was, it’s almost like I was getting healed from that portion.”

“And then the stuff with USAG [USA Gymnastics] and John Geddert came out. It was a whole other downfall. I actually spent more time at Twistars with John than I did with Larry. It was a bigger scab getting ripped off. That part has been a little more difficult to deal with because it’s newer to people. I lived through it, but the world didn’t know about it, so that’s been another process.”

Klein said helping other victims find their voices is one result of her own healing.

“With that said, healing is a journey. It’s a couple of steps forward and 10 steps back. Childhood trauma is one of those things that never fully resolves itself. But you learn to manage it. And with the right resources and support, you can lead a full and happy life,” she said.

The Olympics opening ceremony is set for Friday, but the U.S. women’s gymnastics team made early headlines when an alternate gymnast, not publicly identified in an announcement on Monday, tested positive for COVID-19 during training. She and another alternate gymnast are in quarantine.

One of the stars expected to attract a global spotlight this weekend is Simone Biles, a favorite to take home the all-around gold medal. She, too, survived Nassar’s abuse.

Klein said Biles’s success and continued domination of her sport is an inspiration to other women who are overcoming abuse.

“She has definitely risen above and conducted herself with such class and such resilience. Watching her succeed in the way that she is says so much about her character,” said Klein.

“I could not love and respect that woman more. We call each other ‘sister survivors’ — those of us who were abused by Nassar, the institution that is USA Gymnastics and the United States Olympic Committee.”