Loss of stony coral species could have devastating consequences for marine ecosystems. 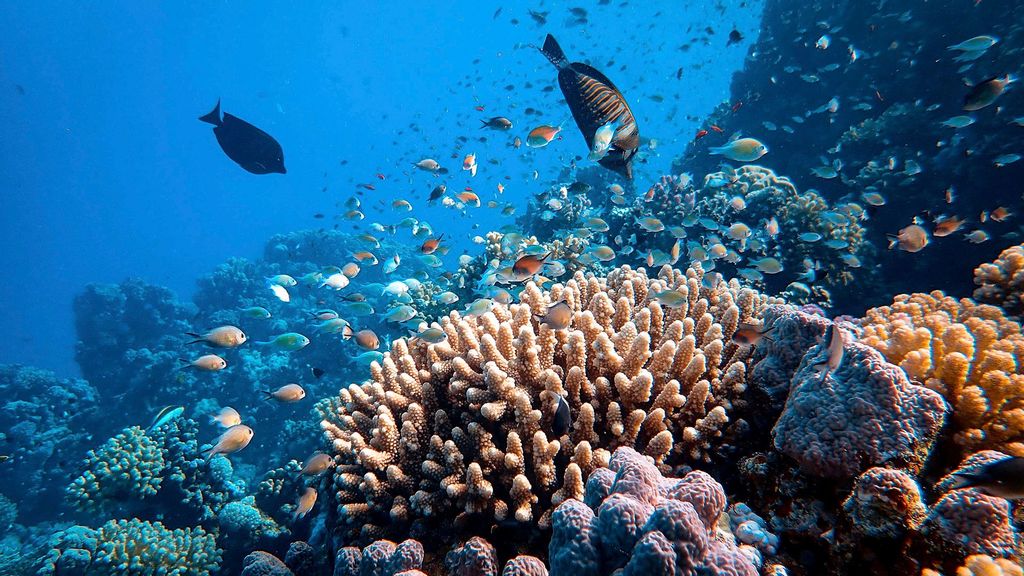 (Representative image) The results of a new study show that the loss of stony coral species could have devastating consequences for the marine ecosystems they inhabit. (Francesco Ungaro/Unsplash)

SAO PAULO — A new study reveals that the loss of stony coral species to have devastating consequences for the marine ecosystems they inhabit, which further points towards an urgent need for coral reef management in the Atlantic.

The climate crisis will lead to changes in distribution and habitat loss of such corals in the tropical Atlantic shows a new study published in the journal Frontiers in Marine Science.

Researchers at the University of Sao Paulo projected current and future distributions of three key reef-building corals of the tropical Atlantic (Mussismilia hispida, Montastraea cavernosa, and the Siderastrea complex).

They conclude that all three species will experience changes in range due to the climate crisis, which will elicit negative cascading effects on the biodiversity of reef ecosystems.

Mussismilia hispida, Montastraea cavernosa, and the Siderastrea complex are stony corals of the eastern and western Atlantic. They are ecosystem engineers: much like beavers who contribute to the structure of their terrestrial habitats by building dams, stony corals help build reefs by depositing calcium carbonate.

They are vital for the health and function of these reefs, which are among the most diverse ecosystems on Earth.

“If species that are important in structuring the coral reefs are lost, the provision of all those services is consequently also threatened.”

Human activity has long harmed corals worldwide, and coral reefs are already some of the most threatened ecosystems on the planet. Intense and long-lasting mass bleaching events, ocean acidification, pollution, urbanization, fisheries, and tourism are all leading to the reduction and loss of coral cover. Now, the climate crisis is adding to those threats.

Climate change leads to changes in coral distribution, with key coral species moving within the tropics or towards temperate waters at higher latitudes.

Changes in distributions of these key species may have unprecedented cascading effects on entire marine wildlife communities, such as drastic changes in the structural complexity of reef ecosystems.

Researching possible changes in stony coral distribution is important for the planning and management of coral reef conservation.

The researchers collected data on M. hispida, M. cavernosa, and the Siderastrea complex from different databases and used species distribution models to model their suitability on their current habitat.

They also modeled future changes in the range under three different climate change scenarios (most pessimistic, most optimistic, and moderate).

They found that, even in the most optimistic scenario, all three species could experience changes in their distributions.

Especially in the western Atlantic, decreases in the abundance of stony corals are expected under all three scenarios. Several areas along the Brazilian coast and the Caribbean will lose habitat suitability.

These projections are especially critical for the Brazilian coast, where there are fewer habitat-building coral species.

The researchers urge conservation and management efforts to be focused on regions such as the Abrolhos region, northeast coast of Brazil, western Caribbean, and the Gulf of Mexico.

“We show that important reef builder species of the Atlantic will face shifts in its distribution due to climate change,” Principe said.

“Certain areas, such as the Abrolhos region in the coast of Brazil, will completely lose at least one of its species in any of the future scenarios. Major areas in the Caribbean will also lose species in the future, although in the coast of Africa some species may expand their current range.”

But the results also indicate that there is hope for the Atlantic stony corals.

“Although our results predict major negative impacts on the Atlantic shallow reefs, we also identified several areas where none or fewer changes are predicted. Managers and policymakers can use this to support the planning process of conservation areas.”

He said researchers and conservationists can use these results to focus research efforts on the so-called ‘refuge areas’ that may constitute safe areas for coral species in the future.