Cinnamon Is Much More Than A Sweetener 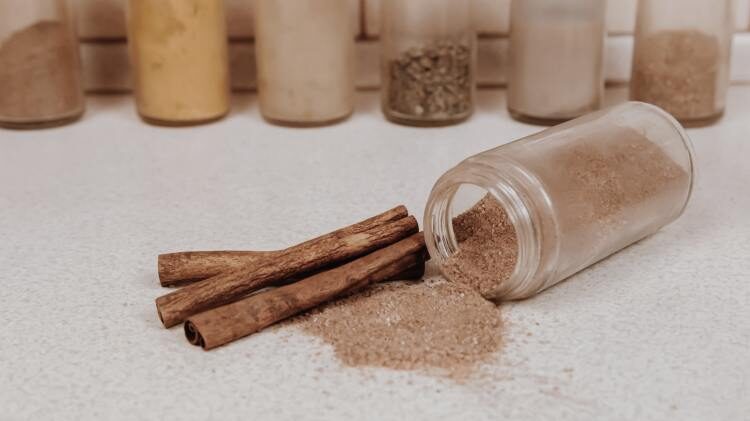 Mexicans use cinnamon in pastries, but it is also an important part of traditional dishes, such as mole. (Diana Polekhina/Unsplash)

International cooks use cinnamon widely, especially when working in confectionery.

“Cinnamon’s taste highly improves the flavor of a dish, but people use it more in pastries,” said Elvia Prieto Mendoza, a gastronomy graduate from Le Chef College in Boca del Río, Veracruz.

In Mexican cuisine, “there are countless desserts that include cinnamon, including rice pudding, apple pie, pumpkin candy, teas, horchata, and atole, Christmas punch, or the so-called café de olla. Without this spice, they would be incomplete. Without question, cinnamon gives that touch that many chefs look for in the kitchen.”

This spice is the bark of the cinnamon tree, which grows in tropical and humid climates. States such as Veracruz, Chiapas and Puebla are its leading producers in Mexico, and they export cinnamon to different parts of the world.

Cinnamon is not originally from Mexico. It came from Asia, specifically from India. However, the tree quickly adapted to Mexico’s weather, and the country’s population became one of the primary consumers of this bark.

Cinnamon is a source of fiber, calcium, natural antioxidants and manganese. It may help prevent circulatory diseases and various types of cancer. Cinnamon may also strengthen the immune system and aid in bone growth and regeneration.

Regular consumption of cinnamon has an energizing effect and increases appetite. It has wound-healing properties and is a natural antiseptic. It can also prevent stomach cramps since it acts as an antispasmodic and serves as an antiviral.

Researchers are trying to find out the benefits of cinnamon in people with diabetes. Some tests link it with lower blood glucose levels, but the American Diabetes Association dismisses its use in diabetes treatment.

In addition to all its health properties, cinnamon is popular as a sweetener.

“I buy cinnamon powder or sticks at the grocery store. I sprinkle cinnamon powder in cookies and rice pudding, and my family loves it. I also add it to horchata,” said Ernestina Soto Candelario, a housewife living in Veracruz.

“In the morning, I put some cinnamon sticks in my coffee or, to vary it a bit, I drink cinnamon tea. The truth is that cinnamon is a condiment that I use a lot in my kitchen.”

In markets or grocery stores, it is easy to find cinnamon sticks and powder. Cinnamon is affordable and, in Mexico, people can buy it all year round.