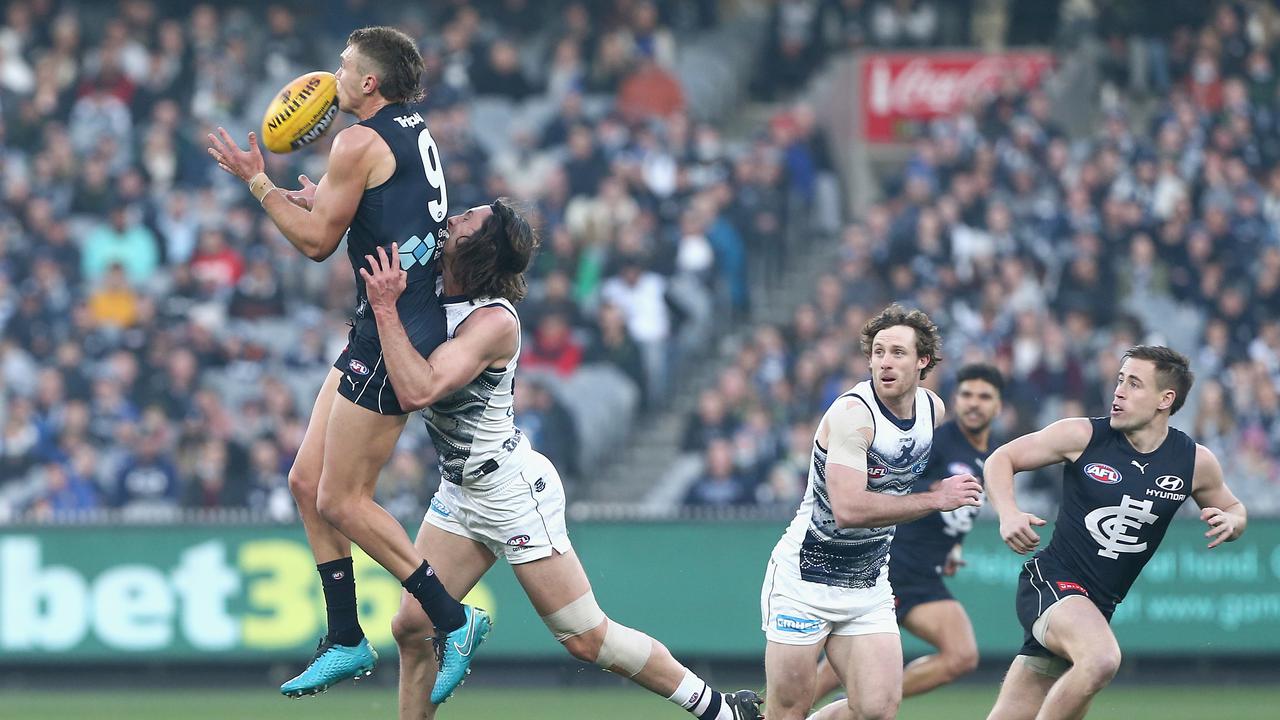 A man who attended the Carlton-Geelong Australian Football League clash at the Melbourne Cricket Ground on July 10 has tested positive. (Rob Prezioso/AAP Image)

MELBOURNE, Australia — The Melbourne Cricket Ground and AAMI Park in Australia have had their exposure site statuses expanded over fears of more “stranger-to-stranger” Covid-19 cases.

Two of Victoria’s 13 new local cases reported in the 24 hours on July 19 were linked to the major sports stadiums.

One involves a man from the northwestern city of Victoria, Mildura, who attended the Australian Football League clash between Carlton and Geelong at the Melbourne Cricket Ground on July 10.

He was on the margins of the already listed exposure site sections on level two in the members’ reserve, where an unknowingly infected Ariele Apartments resident had been seated.

It has prompted authorities to list another two sections, 40 and 46, as tier-two exposure sites and ask contacts within the five other affected bays to get retested as a precaution.

The other new case was in the stands at AAMI Park for the Australia-France international rugby clash on July 13.

Sutton suspects the spectator caught the virus from the initial case at an entry “pinch point,” given neither were seated anywhere near the other.

As such, sections 81 to 91 of the rectangular stadium have been added as tier-two sites, and patrons must get tested and isolate until they receive a negative result.

With more instances of “stranger-to-stranger” transmission, Sutton is unsure whether southeastern state, Victoria, will be able to return to the 75 percent outdoor capacity crowd limit in place prior to the state’s fifth lockdown.

“I have always said that needs to be a national consideration. We shouldn’t be going out alone on that,” said Sutton.

“But all of those things should be in play.”

Premier Daniel Andrews would not be drawn on if the current outbreak of the more infectious Delta variant would force the Australian Football League grand final to move from the Melbourne Cricket Ground for a second straight year.

“It is far too early to be speculating about those things,” he said.

There are 32,120 Covid-19 cases and 915 deaths in Australia, as per Worldometer. Currently, there are 1,462 active cases in the nation, out of which 1 percent (18) are in serious condition, and the rest are in mild condition.