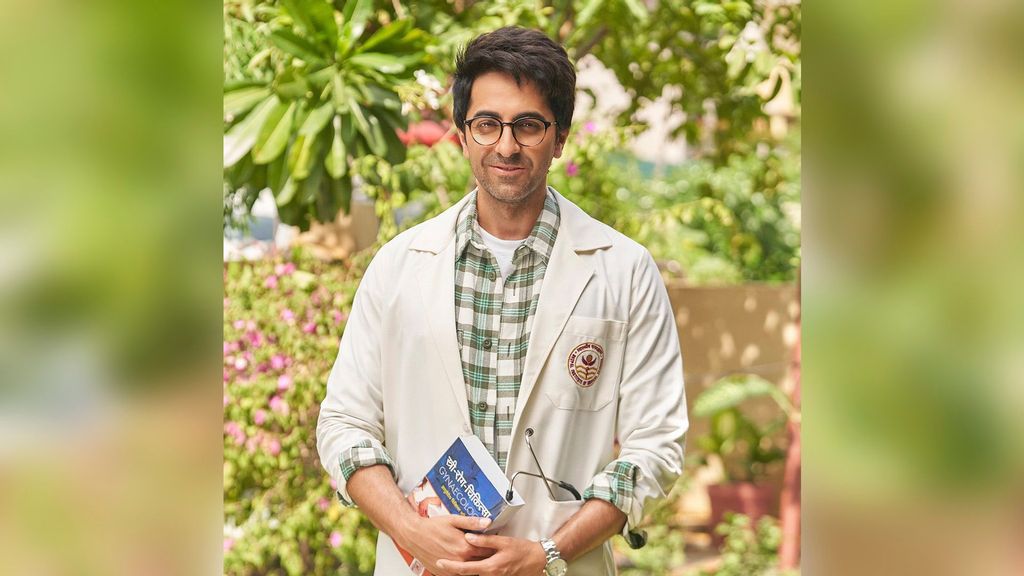 In the image shared by the actor, he can be seen sporting dorky glasses, a lab coat, and a sheepish smile, with a book in hand and a stethoscope in his pocket.

Produced by Junglee Pictures, the upcoming movie will be based on a campus of a medical institute. While Khurrana will be playing the role of Dr. Uday Gupta, Singh will be seen as Dr. Fatima, a medical student who plays Khurrana’s senior in the film.

“Looks like the doctor’s treatment is already creating some buzz Ayushmann Khurrana has hit the ground running as Dr. Uday Gupta in our latest production #DoctorG #DoctorGFirstLook,” tweeted Junglee Pictures.

Shah will essay the role of a senior doctor — Dr. Nandini, in the forthcoming film, which Anubhuti Kashyap is helming.

Kashyap, who is director Anurag Kashyap’s sister, will be making her debut as a feature film director with the upcoming project. She has in the past directed the dark comedy mini-series “Afsos” and the critically-acclaimed short film “Moi Marjaani.”

Essaying the character of Dr. Uday Gupta, Khurrana shared his excitement of working on the film, which went on floors recently in Bhopal.

“The subject of ‘Doctor G’ is very close to me. Considering the lockdown restrictions, we all have been waiting to start shooting the film, and we are glad that the day has finally arrived.” said the actor of “The Vicky Donor.”

Khurrana made his debut in the Indian film industry as an actor through “The Vicky Donor,” which also marked Indian actress Yami Gautam’s debut in Bollywood.

“It’s an honor to portray a doctor on screen for the first time. I’m truly excited to start shooting the film, also because it’s going to allow me to relive my memories of being a student and living the hostel life. I’m looking forward to collaborating with my director Anubhuti.”

The film has been written by Kashyap, Sumit Saxena, Vishal Wagh, and Saurabh Bharat. In December, Khurrana had announced the film with a photo of himself posing with the movie’s script.

Apart from ‘Doctor G,’ Khurrana has several upcoming projects in his kitty, including “Anek” and “Chandigarh Kare Aashiqui.” He was last seen in Shoojit Sircar’s “Gulabo Sitabo,” alongside Amitabh Bachchan.

«Previous Post
Emily Blunt Opens Up About What Her Daughters Think Of Her Acting Projects»Next Post
Jennifer Lopez To Develop, Star In Broadway Musical Projects