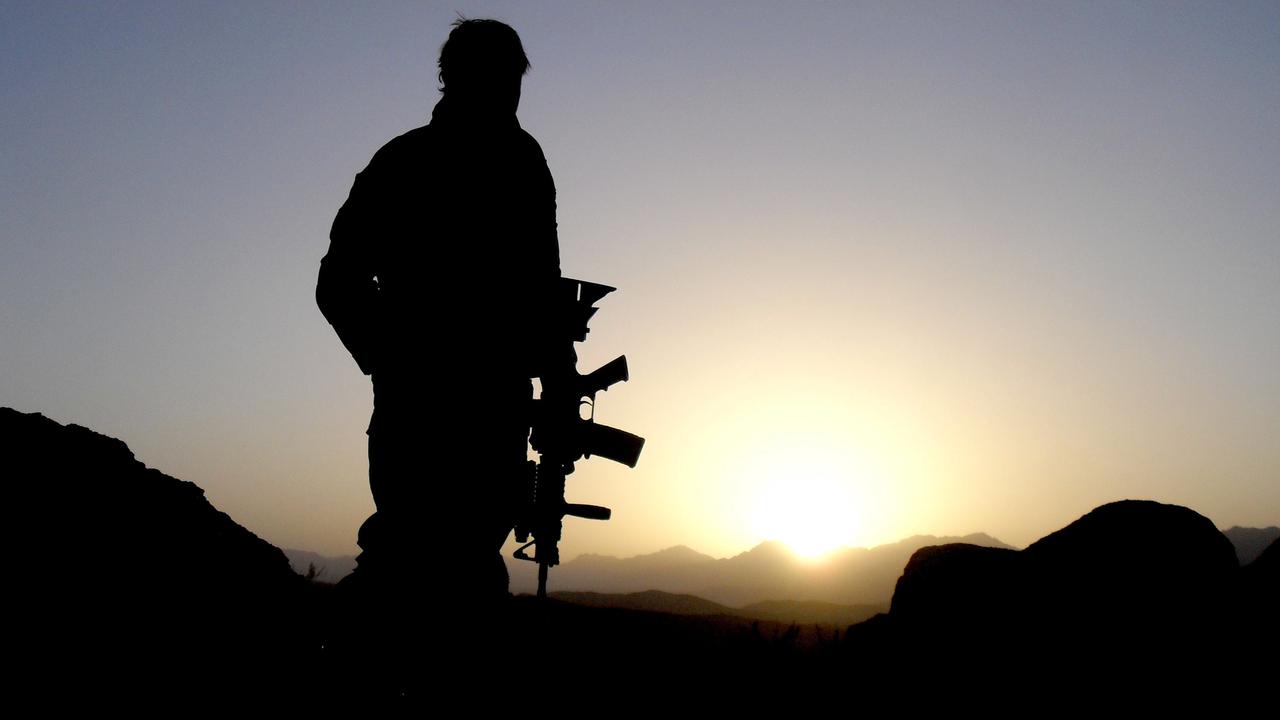 An Afghan war veteran has accused the federal government of a cowardly betrayal of the Anzac spirit. (AAP Image)

BRISBANE, Australia — A retired Australian army major who served in Afghanistan has burnt his service medal in disgust, saying dozens of civilians who worked with Australian forces have already been slaughtered by the Taliban.

Stuart McCarthy has accused the Scott Morrison government of betraying the Anzac spirit of always looking after your mates.

He posted a video on Twitter showing flames licking at the ribbons attached to his Afghanistan service medal.

“The Morrison government’s conscious decision to leave hundreds of our former Afghan civilian interpreters, other loyal allies, and their family members behind to be slaughtered by the Taliban — the same terrorist organization we were sent to fight for two decades — now renders this medal a badge of shame,” he said in a related YouTube clip.

“The Morrison government’s hands are awash with blood … Dozens of our civilian staff have already been brutally murdered.”

He did not elaborate or provide specific details.

Hundreds of Afghan interpreters, contractors, and security guards who worked for Australia are seeking protection as the Taliban reclaims control of the country following the withdrawal of Western forces.

Earlier this month, the Prime Minister said his government was doing all it could to bring Afghans who worked alongside Australian troops to safety.

“Hundreds are in that process right now. We’re doing that as fast and as safely as we can,” he said.

Defense Minister Peter Dutton later warned Australia must be wary about which Afghans are allowed in.

“We will bend over backward as we’ve done to support those people who have helped our defense personnel out, but it’s not a blanket approval process,” he said last week.

“Somebody who was loyal and faithful to us in 2012 or 2013 might now be friends with the Taliban or switched allegiances.”

Dutton raised the hypothetical prospect of bringing somebody out with question marks over their security, only for the individual to commit a terrorist attack in five or 10 years.

“People would rightly condemn us, and we’re just not going to compromise on the checks and balances we have got in place.”

He also raised concerns about the scope of some applications, saying Australia would not be taking in cousins and great aunts.

“It is immediate family,” he said.

Some protection visa requests have been rejected because the Afghan workers were subcontractors, and not directly employed by the Australian government.

Foreign Minister Marise Payne has said Australia won’t leave behind any Afghans who are “properly eligible”.

The government has said that 1500 Afghan locally engaged employee visas have been granted since 2013, with more than 300 of those in the past three months.

About 100 such applications are currently being assessed by the home affairs department.

Afghan interpreters who helped Australian troops are seeking protection down amid death threats from the Taliban. The Australian deployment is set to retreat in September following the United States’ decision to end the two-decade-long war with the Taliban by the 20th anniversary of the September 11 attacks.