The man, aged in his 30s, contracted the virus at the Geelong-Carlton game at the Melbourne Cricket Ground on July 10. 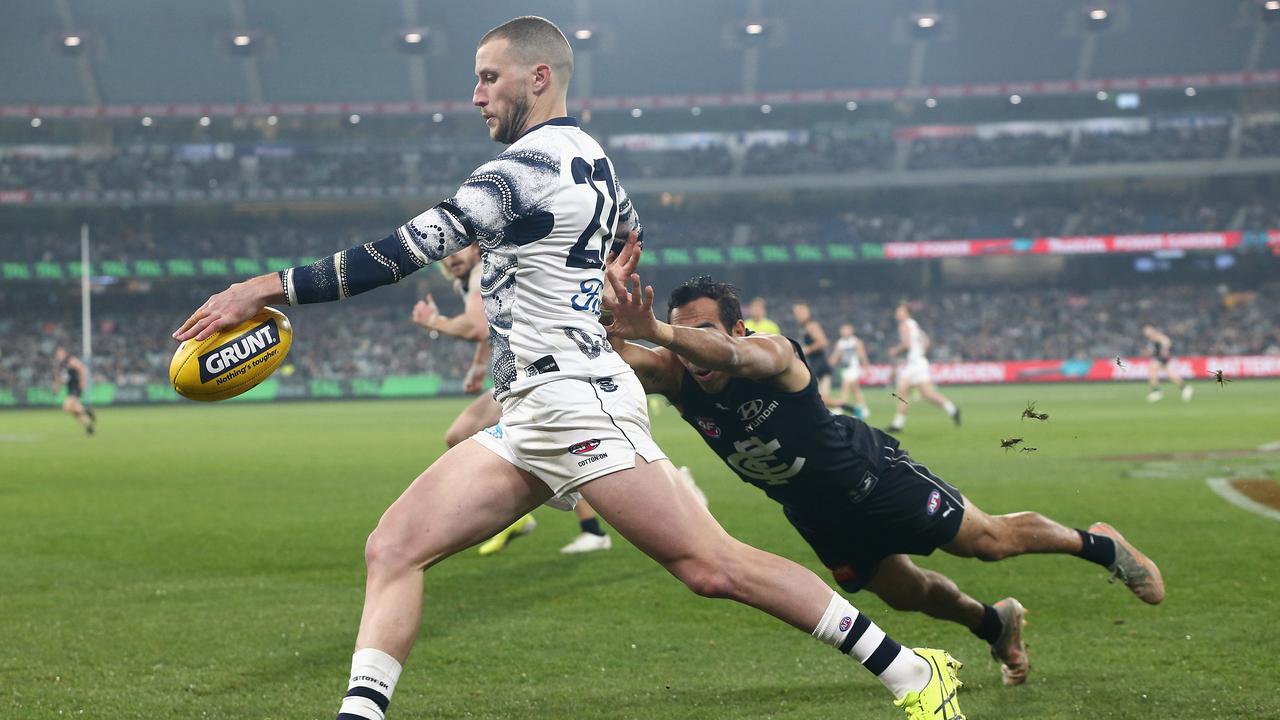 A third of Victoria's local Covid cases can be traced back to a school teacher who went to the Melbourne Cricket Ground. (Rob Prezioso/AAP Image)

MELBOURNE, Australia — Almost a third of southeast Australian state, Victoria’s, locally acquired coronavirus cases can be traced back to a sports fan who attended an Australian Football League match, a Euro 2020 viewing party, and the rugby while unknowingly infectious.

The man, aged in his 30s, contracted the virus at the Geelong-Carlton game at the Melbourne Cricket Ground on July 10.

He was seated in the MCC Members’ Reserve near a man in his 60s who lives at the Ariele Apartments in Maribyrnong, which had been visited by a Covid-infected removalist crew from the southeastern state, New South Wales, a day earlier.

About 30 hours later, the younger man was at a viewing party at the Crafty Squire in Melbourne’s CBD, watching Italy beat England in a penalty shootout to win the Euro 2020 championship.

He left the event and headed to Trinity Grammar in Kew, where he works as a teacher.

The next day, he had dinner at Frankie in Cremorne with 12 friends before heading to the Australia-France rugby union test match at AAMI Park.

The man had no idea he was infected with the Delta variant and was not presenting with symptoms at the time.

Twelve staff and patrons of Frankie, six students and staff at Trinity Grammar, three people at AAMI Park, and one person at the Crafty Squire have since tested positive for Covid-19, sparking their own chains of transmission.

Brett Sutton, Victoria’s Chief Health Officer, said it proved the speed and ease with which the Delta variant spreads.

“It is absolutely an example of how quickly this variant is moving, and the short time we’re seeing between exposure and then being infectious,” he said.

“Last year, we would not have seen any circumstances where someone who had been exposed was transmitting to someone else a day and a half later.”

Covid-19 Commander Jeroen Weimar said the latest outbreak was being fuelled by people under 40 with busy social lives.

The majority of people in this group remain ineligible for a Covid-19 vaccine.

“It is a younger group of people that are really socially active; they go out and do loads and loads of stuff in quite constrained places,” he said.

“You can see that kind of activation where you’re going to Frankie, and then people who are at Frankie are going on to other pubs and clubs, and suddenly you’ve got almost 300 exposure sites for a very small number of cases.”

More than 15,800 close contacts are self-isolating, and more than 300 exposure sites are associated with the current outbreaks.

The man in his 60s is believed to have infected a dozen people at the Melbourne Cricket Ground, including his friend, who went on to spark outbreaks at Bacchus Marsh Grammar and Barwon Heads Primary School.

The duo attended Young and Jacksons pub in the CBD prior to the match, where seven people also tested positive for Covid-19.

“The state’s contact tracers were moving faster than ever before to stamp out the outbreak and have been aided by the lockdown, which came into effect on July 15,” said Weimar.

But he conceded there were still “far too many” cases of community transmission for the lockdown to lift as planned on July 20.