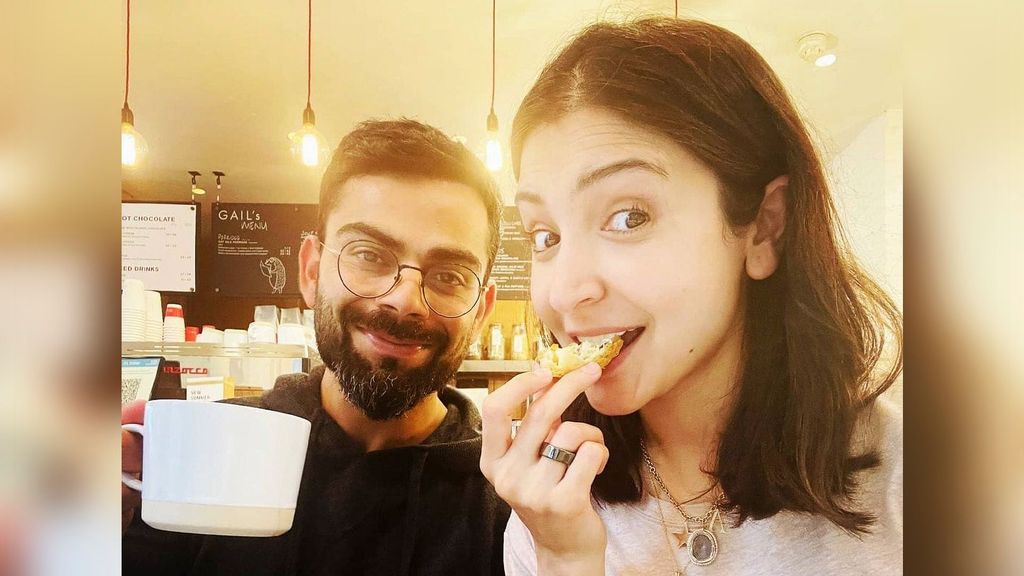 NEW DELHI — Bollywood star Anushka Sharma posted a series of pictures, with a few of them featuring her “fan” husband, Virat Kohli.

The “Jab Tak Hai Jaan” actor took to her Instagram handle and shared the photos.

“Was just casually prancing around town,” said Sharma in the post.

“Running a hand through my hair. A fan spotted me. I obliged for a picture. He seemed happy. Anything for my fans!”

In the post, Sharma could be seen exploring the streets when Kohli photobombed the pictures. Sharma was dressed casually for her day out, wearing blue jeans, a white T-shirt, and an olive cardigan over it.

Sharma and Kohli got married in a fairy-tale wedding attended only by the couple’s family and friends on Dec. 11, 2017. After their wedding in Italy, they hosted grand receptions in Delhi and Mumbai. The couple had reportedly first met on the sets of a commercial and dated for four years before getting married.

Their daughter, Vamika, turned six months old on July 11, 2021. The family celebrated with a picnic in England. They flew to England in June for the World Test Championship.

Sharma shared a few pictures from the celebration on her Instagram handle.

“Her one smile can change our whole world around! I hope we can both live up to the love with which you look at us, little one. Happy six months to us three,” said Sharma in the post.

In the first picture, Sharma can be seen lying down on the picnic bedsheet with her daughter on her chest while the actor points at something in the sky. Sharma can be seen dressed in a pink shirt with blue jeans. The second picture shows Kohli hugging the little one. Vamika is seen wearing a pink and peach striped dress with pink boots. The “Sultan” actor also shared a picture of the cake, decorated with flowers.

Last month, on Father’s Day Kohli, described being a father as the greatest joy and blessing in his life.

“Happy Father’s Day to all the fathers all across the world. Of all the wonderful things that God has blessed me with, being a father is by far the greatest joy and blessing. As I miss my old man this day, I also celebrate our memories together,” said Kohli in a tweet.