Biden and Abdullah are expected to discuss the Israeli-Palestinian conflict, as well as a recent purported “coup” attempt. 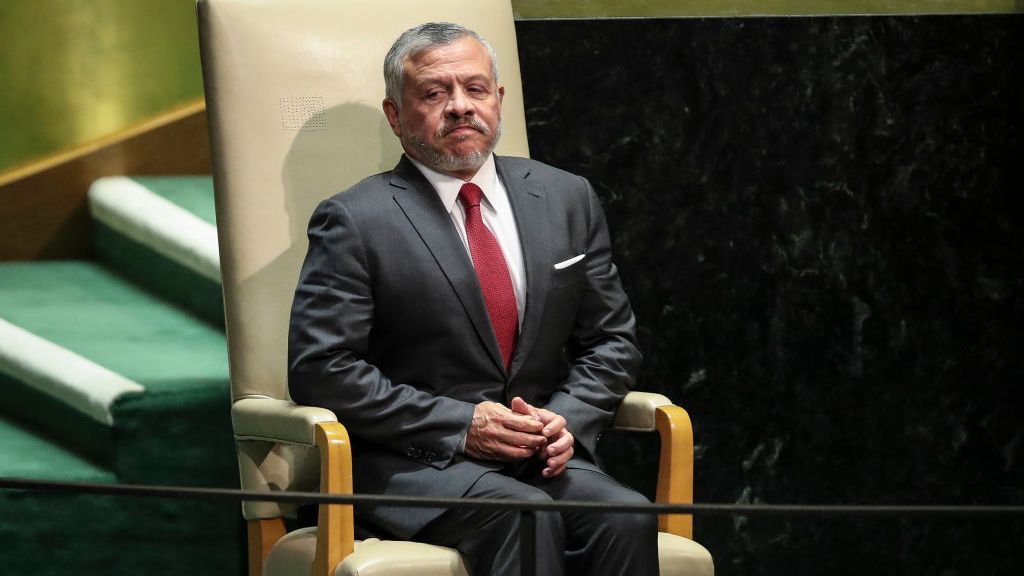 “Donald Trump ignored King Abdullah and Jordan,” Bruce Riedel, a former Central Intelligence Agency (CIA) analyst and counter-terrorism expert, told Zenger. “Biden’s decision to host the King as the first Arab leader in his administration is a dramatic way to show Jordan is back in the White House and American Middle East policy.”

Jordan, an established U.S. partner in global counter-terrorism operations going back decades, has also long been viewed as an important interlocutor with the Palestinians in the long-running Arab-Israeli conflict — and one viewed as trustworthy.

“Abdullah is happy that Biden is in the White House — more than half the Jordanian population is Palestinian, so the last thing Abdullah wants to see is a crisis over Jerusalem and the West Bank,” James Gelvin, a professor at the University of California Los Angeles and author of “The Modern Middle East: A History,” told Zenger.

Biden and Abdullah are expected to discuss the recent war between Israel and Hamas in Palestine, peace plans, and a recent purported coup attempt in Jordan. But what will be most important to the Jordanian side, Gelvin said, will be his country’s economic malaise, which has worsened with the onset of the COVID-19 pandemic.

“Since 2011, Jordan has experienced wave upon wave of popular protest, mainly over economic issues. Abdullah has attempted to mollify protesters by blaming and firing his prime ministers — there have been seven since 2011,” Gelvin said.

Yet that strategy wore thin, with protestors now no longer “falling for this trick.”

“What Abdullah has to do on this trip is drum up support for investment in Jordan and see what he can get from the Biden administration,” he said.

Many expect Biden to be forthcoming with some help for an old U.S. ally — the question will just be how much, and what form it will ultimately take.

“The relationship with Jordan has been among the most consistent, reliable, and stabilizing aspects of U.S. Middle East policy,” said Douglas London, a retired CIA senior operations officer who served as its counter-terrorism chief for South and Southwest Asia and the author of “The Recruiter: The Lost Art of American Intelligence.”

“They remain warm, productive, and critical for advancing peace and stability in the region,” London told Zenger. “I was therefore encouraged that King Abdullah was the first Arab head of state invited to the White House.”

Ever since the British carved out the country that became Jordan in 1921, its government has lived off of help. At first, it was from the British. However, as the U.S. eventually eclipsed the British as the dominant power in the Middle East in the 1950s, America took on a growing responsibility to a rare friend in the polarized region.

Today, the U.S. also sends about $1.5 billion a year to the kingdom.

In military terms, Jordan and the U.S. are very close. The countries established diplomatic links in 1949, and Jordan became a U.S. major non-NATO ally in 1996.

Jordan has also played a significant role in the Israel-Palestine conflict, with King Hussein washing his hands of the neighboring West Bank in 1988, and then signing a peace treaty with Israel in 1994. However, King Abdullah, his son, strongly opposed Trump’s “Peace to Prosperity” plan proposed in 2020. The plan was a non-starter for the Palestinians, who said all concessions in the deal would come from their side.

Jordan was also crucial in helping the U.S. set up its Military Operations Command in Syria. The command coordinated various anti-government militias and provided them with material assistance. This became a model emulated by anti-government militias elsewhere in Syria and briefly helped turned the tide of the civil war — until Russia upped its support for the Syrian government, and turned the tide the other way.

“Jordan remains critical to all parties given the direct impact present circumstances have on its own stability,” London said. “Jordan is clearly bearing the increased costs of refugees, for example, which the international community should support.”

With a population of 10 million people, no oil reserves, and an economy in dire straits, Jordan will likely remain a bit player in the Middle East for some time to come. Yet with Abdullah being the first Middle Eastern leader invited to the White House under the Biden administration, it shows the importance placed on it by the new president.

The visit ultimately suggests “a return to the shared vision of a two-state formula for Israel and the Palestinians, achieved through peaceful means that advances the interests of all concerned and lends stability to the region,” according to London.

Amid protests in Jordan, though, the benefits for the king are even more obvious.

Serosurvey Does Not Cover Granularity At State Level For Covid-19: Indian Government