Homebuyer finds a labyrinth of tunnels filled with bat colonies beneath his house. 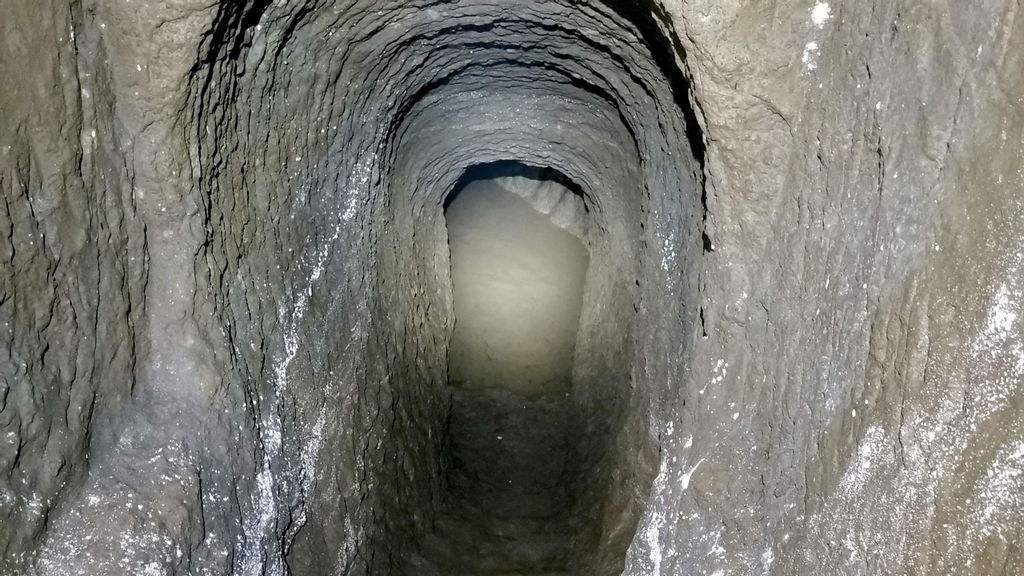 The stairway to the second underground floor. (NetAtraX/Zenger)

While cleaning his new home, a man uncovered a mysterious staircase leading to an underground tunnel labyrinth that possibly originated before the Middle Ages.

The homeowner, known to Reddit users as NetAtraX, decided to move to Italy and buy the six-bedroom, two-bathroom house in Velletri, about 18 miles outside of Rome, in October 2020.

While enjoying his Mediterranean-style house with “olive trees, oranges, lemons and grapefruit trees, vines, wood and a lot of land,” the owner did not realize a bat herd had been hiding underneath him in a hidden tunnel system initially described as storage by the previous owner.

“The house itself is old, however, it was never clear how old,” the owner said.

He said the oldest plan he had of the house indicated the presence of a canteen, a barn that was originally connected to the main house, and a stairway listed as a “dining room.”

The owner started to clean the house and was amazed to discover the so-called dining room was a stairway that led to a tunnel full of bats.

The owner asked a friend to accompany him on an exploration of the tunnels.

“It goes about eight meters (26 feet) down,” the owner posted on Reddit. “Then one tunnel leads straight ahead until it ends at one point. To the right, it continues for about 100 meters (328 feet) and ends.

“It is about 1.6 meters (5 feet) high, then it goes five to six meters (19 feet)  down, and then there comes a pond through which I had to find my way around.

The owner also wrote that several parts of the tunnel were impossible to get through because the structure had collapsed in some places.

To discover the tunnel gaps which he failed to note at first, the owner bought a drone. He said the filming is still a work in progress.

After talking to several of his neighbors, the owner learned there are more such tunnels in the area.

“Some say that they were used during the Second World War, which is possible, but they must be older,” he said. “They are literally hand-carved with some simple tools out of stone, meaning they must be here for a long time. One guy told me that they are from the time of the Romans. But who knows!”

The owner could not tell whether the Romans used the tunnels for wine aging or as shelters in times of war.

“I found one theory from an archaeologist saying these tunnels were interconnected even before the Middle Ages and were used for transporting water.”

Since the tunnels have a humidity level of 99 percent, the owner has set up equipment to collect the excess water in barrels. It will be discharged in an old Roman fountain on the property.

“All this is solar-powered, so I would literally use these tunnels to turn air into water for my olive trees,” he said.