The artificially made microrobots were able to swim and even harvest energy.
By Zenger News Desk July 19, 2021
Facebook
Twitter
Linkedin
Email 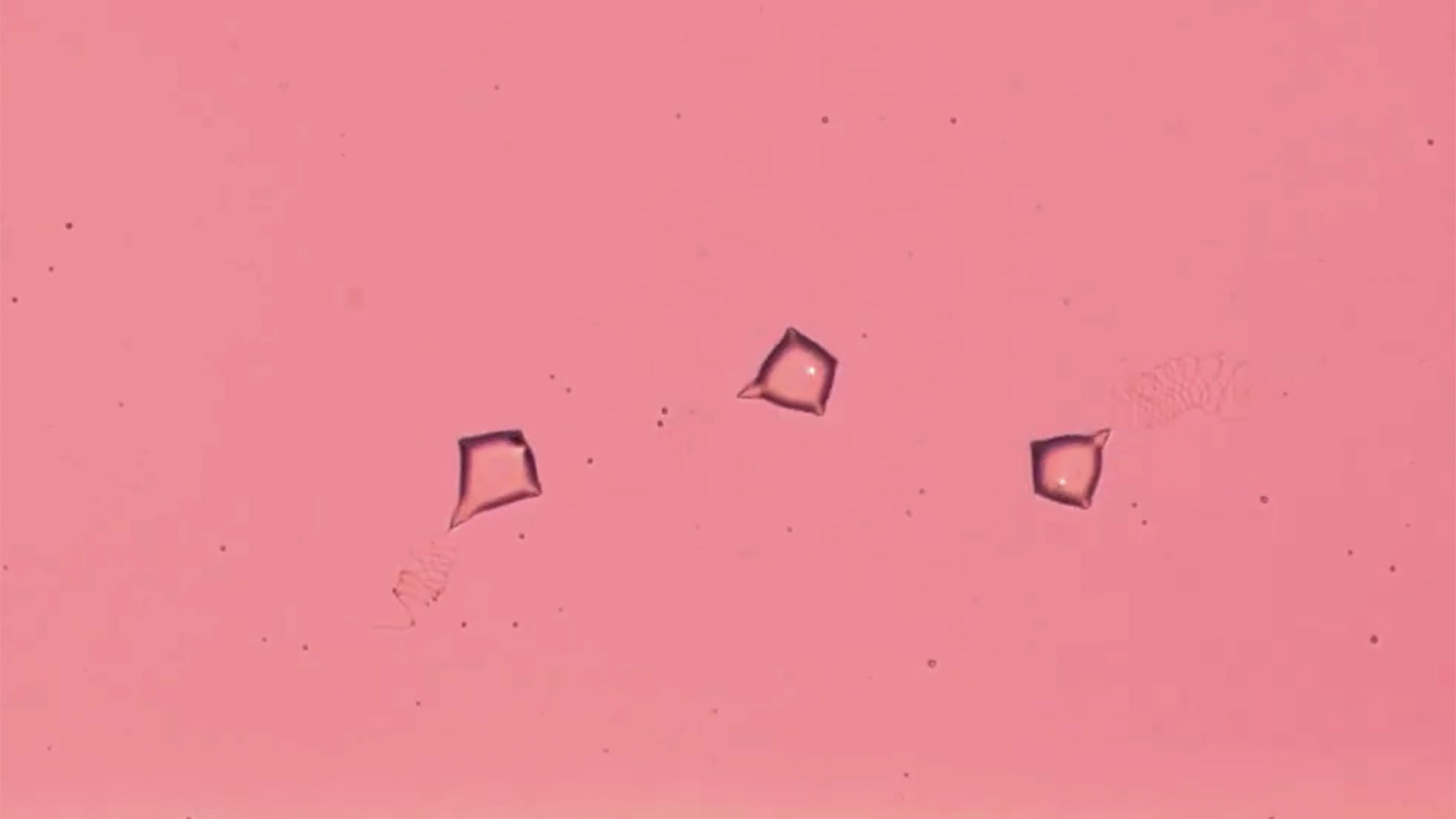 By combining oil drops with water containing a detergent-like substance, scientists found they could produce artificial swimming microbots that are able to swim independently and even harvest energy to recharge. (QMULOfficial/Youtube)

LONDON — British scientists produced artificial swimming microrobots by combining oil drops with water containing a detergent-like substance. The microrobots were able to swim independently and even harvest energy to recharge.

The study was published in the journal Nature Physics.

The oil droplets use fluctuating temperature changes in their surrounding environment to store energy and swim. When cooled, the droplets release thin tail-like threads into the environment, as per the study.

“The friction generated between the tails and surrounding fluid pushes the droplet causing them to move,” the Queen Mary University of London said in a press release.

“On heating, the droplets then retract their tails returning to their original state and harness the heat from their environment to recharge.”

The researchers showed that the droplets recharge multiple times and are able to swim for periods of up to 12 minutes at a time.

“In biology, research shows that to create even the simplest artificial cells, we need over 470 genes,” said Stoyan Smoukov, Reader, Chemical Engineering at Queen Mary University of London and author of the study.

“However, through this international collaboration, we show that just by using a few simple and inexpensive components we can create a new type of active matter that can change shape and move just like a living thing.”

Other types of artificial swimmers exist however, their movements are either driven by chemical reactions, which create bubbles that propel the swimmers through fluids, or by physical forces such as magnetic or electric fields.

Instead, this new class of swimmers, which are around the size of a red blood cell, are able to spontaneously assemble and move without using external forces.

“We hope that this study will open up the opportunity for people to engage in cutting-edge science,” said Smoukov.

“As the only equipment needed is a simple optical microscope, people could create these microswimmers with the most basic laboratory set-ups, or even at home. With thousands of swimmers per drop of water, it’s a world in a drop situation. And when it costs 7P ($0.10) per teaspoon, there’s plenty for everyone.”

As the swimmers are not harmful to other living things, the scientists hope they could be used to study the basic interactions between living organisms such as bacteria and algae.

“In nature, we often see large numbers of organisms such as bacteria, grouping together, but our understanding of how these organisms interact with each other is incomplete. By mixing our simple artificial swimmers with groups of living organisms, we could develop a clearer picture of how biological microswimmers communicate with each other,” Smoukov said.