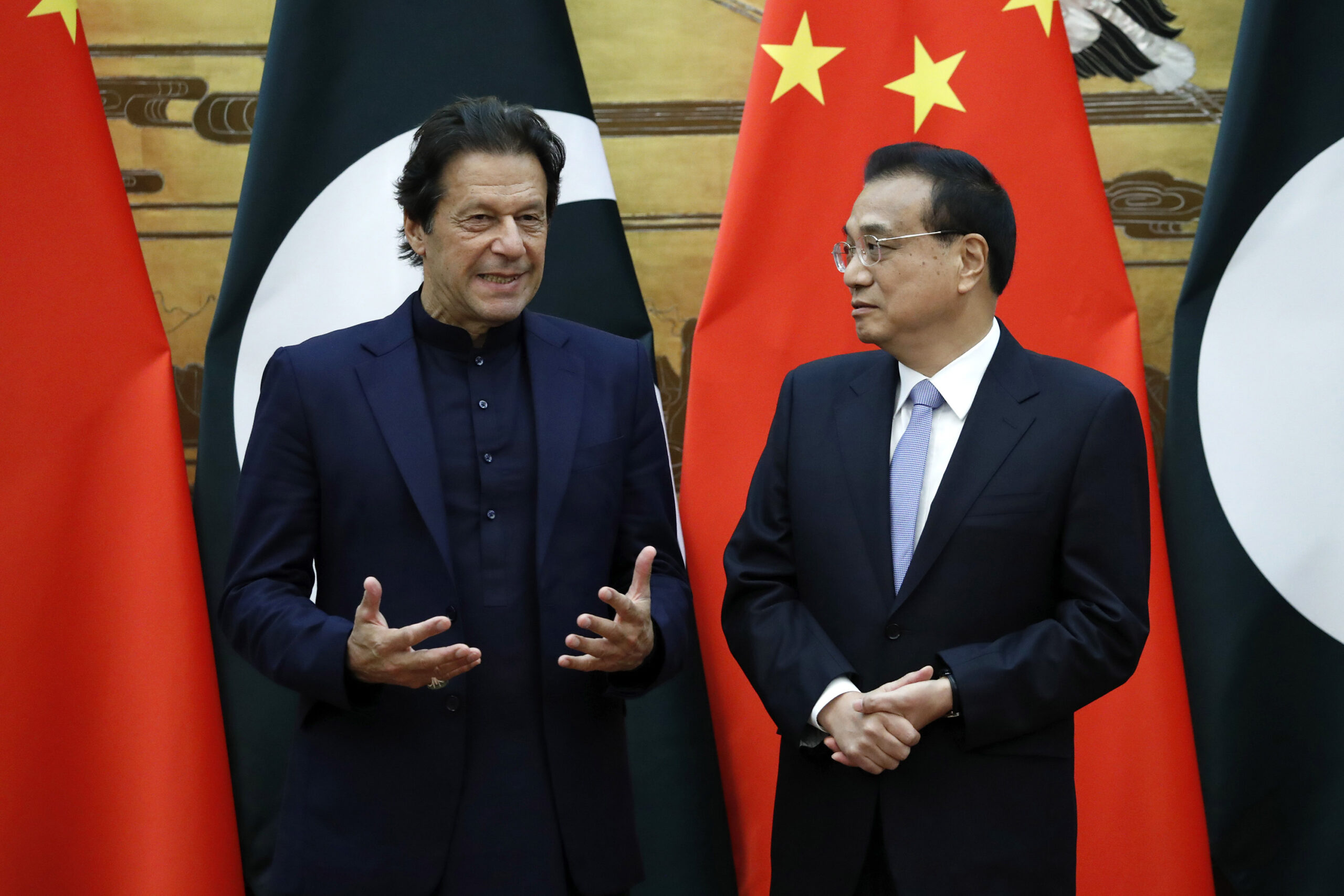 Chinese Premier Li Keqiang raised the issue with Prime Minister Imran Khan during a phone call, where he stressed the need for Pakistan to "use all necessary measures" to probe the incident and hold the culprits accountable. (Yukie Nishizawa - Pool/Getty Images)

ISLAMABAD — Following the blast that occurred in Pakistan’s Khyber Pakhtunkhwa, the Chinese company that was constructing the Dasu dam said that they are putting the construction on a halt. The blast in the northern province had killed several engineers.

The incident took place on July 14 in the Dasu area of Upper Kohistan district of the restive Khyber Pakhtunkhwa province, where Chinese engineers and construction workers are helping Pakistan build a dam, which is part of the $60 billion China-Pakistan Economic Corridor.

“Owing to the explosion attack that occurred on July 14, 2021, which has caused extremely heavy casualties, CGGC DASU HPP Management has been forced to suspend the construction of the DASU Hydropower Project,” said the Chinese company China Gezhouba Group Company in a statement.

The project envisages the construction of a hydroelectric plant on a river near Dasu as part of the China-Pakistan Economic Corridor (CPEC).

On July 16, China asked Pakistan to bring to justice perpetrators of “terrorist attacks” in the neighboring country. Chinese Premier Li Keqiang raised the issue with Prime Minister Imran Khan during a phone call, where he stressed the need for Pakistan to “use all necessary measures” to probe the incident and hold the culprits accountable.

Earlier on July 19, Pakistan Interior Minister Sheikh Rasheed Ahmed said the perpetrators of the Dasu bus explosion would be exposed and brought to justice at any cost.

Addressing a press conference in Islamabad, he said a high-level investigation into the incident was underway. He also informed that a 15-member Chinese team had also arrived in Pakistan to probe the Dasu blast.

Meanwhile, China has decided to step in to assist its ally in probing the matter. Chinese foreign ministry spokesperson Zhao Lijian on July 15 announced that the country is set to send a cross-department workgroup to assist Pakistan on the case.

“China has asked Pakistan to lose no time in conducting a thorough investigation into the incident that caused heavy Chinese casualties to ensure the safety of Chinese personnel, institutions & projects,” tweeted Lijian. “A joint working group will set out today to help with relevant work.”

Night of July 16, the Chinese Ambassador to Pakistan Nong Rong visited the injured in the hospital. Nong also urged that the truth of the incident be found, and he called for severe punishment for anyone responsible.

The Chinese probe is being allowed despite the fact that the Imran Khan government has repeatedly stated that it won’t allow foreign security set up on its land.