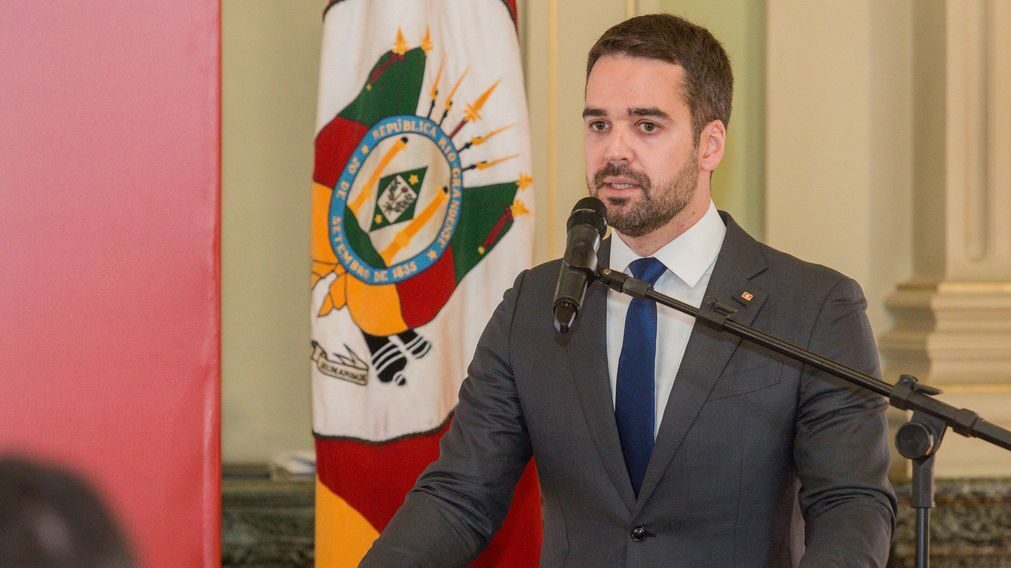 PORTO ALEGRE, Brazil — The governor of Rio Grande do Sul, Eduardo Leite (Brazilian Social Democracy Party-PSDB), came out as gay on the television show “Conversa com Bial” on Red Globo on July 1. Leite is the first governor in Brazil to openly accept his homosexuality, a gesture that comes with great political repercussions at a time when candidates for next year’s presidential election are being decided.

“I am gay, I am gay, and I am a gay governor. I am not a gay governing, as much as Obama in the United States was not a black man working as president. He was a black president. And I’m proud of that,” said Leite, 36.

Leite intends to run as a presidential pre-candidate for the center-right PSDB. A pre-candidate is one who runs for the nomination of a party, in a similar process to that of the U.S. primary elections. The general election and potential runoff election will be held in October 2022.

“We are living a moment in Brazil where we need, more than ever, integrity. I received a call from my fellow party members — mainly because of the prominence our government has acquired — and I put my name at their disposal to help build an alternative for Brazil. When I’m in front of the country, I consider it fair that they know me completely. I have never hidden my sexual orientation,” he said.

Born in Pelotas, the gaucho — a traditional horseman iconic in South America — said that talking about the topic avoids malicious comments and inferences about him. According to the politician, the gesture of openly accepting being gay can help other people feel less stressed out when opening up about their identity with friends and family.

Zenger asked if the announcement about his sexual orientation on national media was a marketing strategy, and Leite said emphatically that the statement’s effects are unpredictable, which is why there was no calculation from the political-electoral perspective.

“I have received numerous messages of affection and respect, which moved me a lot, but I do not, and did not, intend to get electoral benefits from it. I just felt like I needed to present myself, say who I am fully,” he said.

During the interview, Leite said he is sure that his sexual orientation will not interfere with his political career within the PSDB. “A lot of people around me already knew it. I had never tried to deny or hide it, so I don’t see how this could lead to any change in the way people treat me,” he said.

The day after the governor’s interview, President Jair Bolsonaro (independent) said to his supporters outside Brasília’s Palácio da Alvorada that Leite is looking to give out his “business card” in the upcoming election and that his gesture is self-aggrandizing.

In response, Leite said that President Bolsonaro’s stance was prejudiced and intolerant.

“The president has made homophobic comments in previous moments, targeting not only me but other people as well. As for the way I run my government, the president’s prejudiced opinion does not affect me at all. People can be whatever they want: gay, lesbian, trans, without this affecting their ability to work,” said Leite, who has served as Rio Grande do Sul’s governor since January 2019.

Zenger sought comment from President Jair Bolsonaro on July 10, in Porto Alegre, while he attended a motorcycle parade that brought together thousands of people. Attendees were not wearing face masks and did not follow Rio Grande do Sul’s sanitary measures, even as COVID-19 deaths in the country climb over 530,000.

However, Bolsonaro, surrounded by security guards, did not take questions from the press.

After his announcement, Leite received numerous messages of support on social media, mainly from politicians, both from the government and the opposition.

“I have many disagreements with Rio Grande do Sul’s governor, Eduardo Leite, currently a PSDB presidential candidate. But we have to admire his position and the political importance of himself accepting he is gay. Especially being from a center-right party, he will face many prejudices,” Luciana Boiteux, a professor of criminal law and criminology associated with the Socialism and Liberty Party, posted on Twitter.

“In the Brazil of hatred and intolerance, accepting one’s sexual orientation is a courageous gesture. My hug to Governor @EduardoLeite, with whom I have kept a respectful relationship for years, regardless of the political positions that distance us. May we be free to be who we want to be!”, Manuela Davila, a journalist associated with the Communist Party, posted on Twitter. Davila was Rio Grande do Sul’s federal deputy from 2007 to 2015, a deputy from 2015 to 2019, and a candidate for vice president in 2018.

Célio Golin, the founder of the NGO Nuances, which advocates for free sexual expression, evaluated as positive the fact that Rio Grande do Sul’s governor came out as gay to all of Brazil. “I think it was a political move, but I agree that it was symbolically very important for the LGBT agenda, although I do not consider Eduardo Leite a militant. He is a liberal man and has supported the LGBT agendas since he was mayor of Pelotas [2013–2017],” he said.

Golin says that a person’s sexual orientation goes far beyond Leite coming out. “It is still very controversial in Brazil to discuss homosexuality. Leite represents an idealized scheme of sexuality: he is a white, middle-class, handsome gay, and he moves within this universe. He is not going to represent poor gays, or gays from the periphery, who have different behavior, a more marginal one, whom we activists will defend.”

Governor Leite has been committed to public policies supporting the LGBTQ+ community since he was councilor and mayor in Pelotas. His government created a department within the police specializing in crimes of intolerance, homophobia and transphobia. It was the second in the state, which now has just seven federal units. He also created a department to protect vulnerable groups and developed specific cultural policies for the LGBTQ+ community, including training officials to serve its members.

“I am an advocate for equality, for respect between different people, respect not only for sexual orientation diversity but also for gender, race, culture and religion,” he said.

In the first half of 2021, 80 transgender persons have been murdered in Brazil, according to the National Association of Transvestites and Transsexuals. In 2020, 175 transgender people were killed in the country. The figure represents a 29 percent increase compared to the 124 deaths registered in 2019. One of the most recent cases of transphobia occurred on June 24 in Recife, in the state of Pernambuco. A teenager burned Roberta da Silva, a 32-year-old trans woman, who suffered burns on 40 percent of her body.

Da Silva died on July 9 at the Hospital da Restauração with respiratory and kidney failure. Before she died, the doctors amputated both her arms due to the severity of the injuries. The 17-year-old youth was detained immediately and sent to Recife’s Socio-Educational Services Foundation, where he is awaiting a sentence.