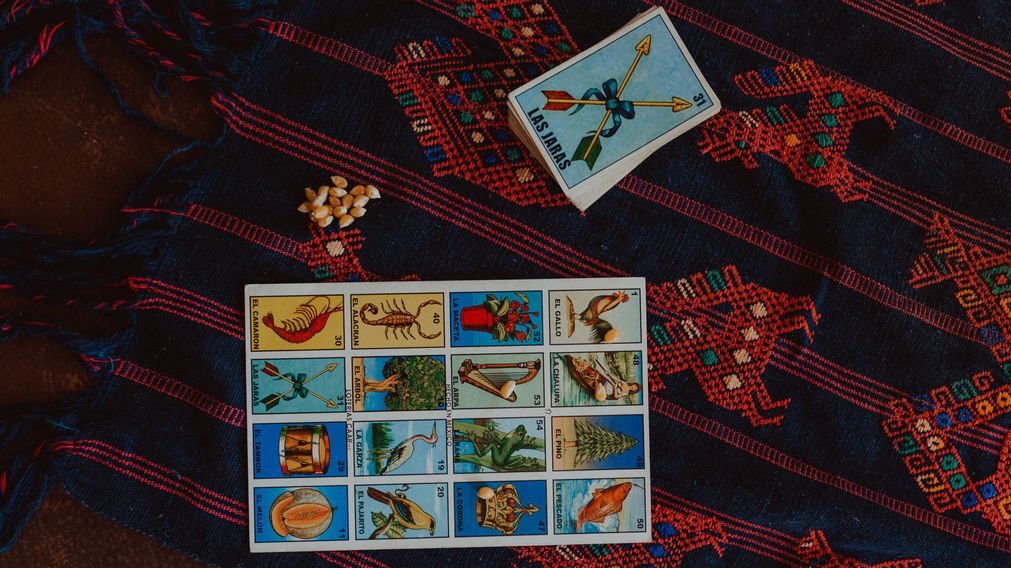 The cards of the Mexican lotería feature characters or objects that every Mexican recognizes. (Irvin MacFarland/Unsplash)

The Mexican lotería is a popular board game in the country. Winning depends on luck. Lotería is similar to the American bingo, but it has characters and objects instead of numbers. Over time, the cards have become symbols of Mexican identity.

“It is still common for neighbors to invite you to play lotería. We all have our own game, our cards,” said Cristina Rebolledo Velazco, a housewife living in Veracruz, Mexico.

Each player receives a board with a 16-image grid and the game leader keeps a 54-card deck. The images in the cards match those of the board.

During the game, the leader or “caller” draws cards from the deck. Often, people name the leaders “singers” because they “sing the cards,” which means they tell folk verses, riddles, puns or double-entendre jokes describing the images.

If a player’s board has the image that the caller sang, the player marks the image’s box with a token, a pinto bean, a grain of rice or a coin. The winner will be the first to mark all the boxes on their board and to yell, “lotería!”

In Mexico, lotería is a deeply rooted game. However, it is not a Mexican creation. Games of chance have been popular in many societies, and authorities often forbade them.

Lotería’s modern version might have been born in Italy, with the “lotto” game, where five numbers out of 90 were chosen, and each one was associated with a specific image.

The Spaniards brought the game to Mexico at the end of the 18th century, but it only became popular when soldiers fighting for Mexican Independence began playing it. The game spread throughout the country, becoming popular at street fairs, where people sometimes made bets and exchanged money.

“Lotería came to us during colonial times, but it was not as we know it today. … However, we can say that, despite its European origin, lotería is considered Mexican to the point of becoming a Mexican symbol abroad,” said Ricardo C. Montalvo, a history graduate living in Veracruz.

Today, people usually don’t make bets, or they may use plastic coins. Its primary purpose is to unite families.

In the old days, lotería boards and cards were hand-painted. Cartoonists or folk painters gave them their style and personality, which made each lotería game unique.

The cards still used today are: the rooster, the tree, the heron, the watermelon, the world, the sun, the little devil, the melon, the bird, the drum, the Apache, the crown, the lady, the brave man, the hand, the shrimp, the prickly pear, the chalupa (a boat), the gentleman, the hat, the boot, the arrows, the scorpion, the pine, the umbrella, Death, the moon, the musician, the rose, the fish, the mermaid, the pear, the parrot, the spider, the skull, the palm, the ladder, the flag, the drunkard, the soldier, the bell, the clay pitcher, the bottle, the mandolin, the black boy, the star, the little song, the harp, the barrel, the cello, the heart, the deer, the pot and the frog.

“Lotería is not only a game of chance; it is also an element of family union. … It not only allows family playtime, but also enables conviviality with friends and neighbors,” said Rebolledo Velazco.