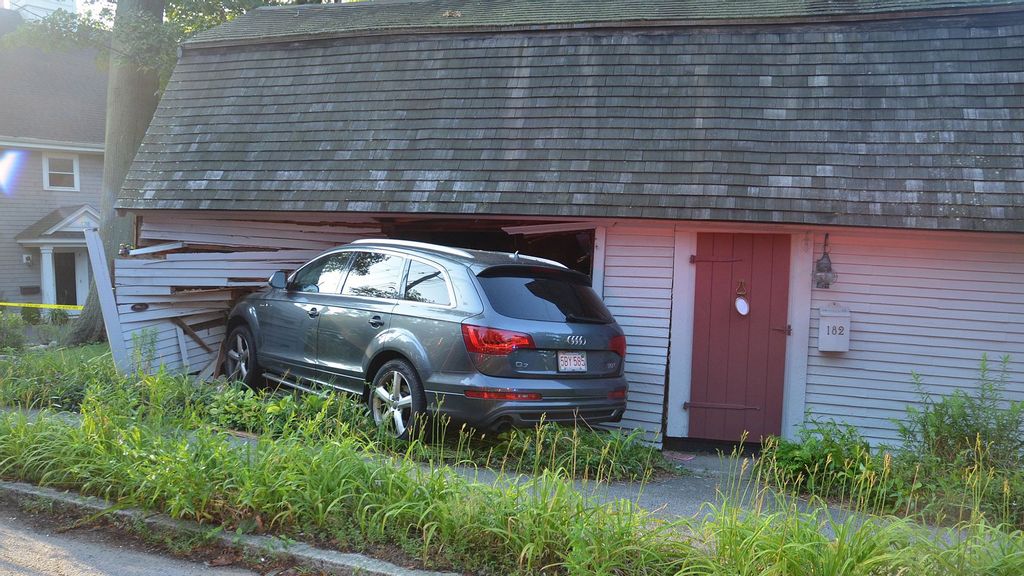 An historic house built in 1650 by President Abraham Lincoln’s great-grandfather was severely damaged by a teenage driver who crashed into it to avoid hitting a squirrel on a New England road.

The 19-year-old woman’s car came to rest inside the 370-year-old house in Hingham, Mass., south of Boston, on the morning of July 15.

First responders at the scene found a 2014 Audi Q7 lodged in the home’s living room. About half of the car crashed through the wall, according to the Hingham Police Department.

The Hingham Fire Department responded at around 6:30 a.m., and the road was closed for several hours as teams cleared the scene. The driver suffered only minor injuries.

“The driver said she swerved to avoid a squirrel in the road and drove off the right side of the road, over the sidewalk, and into the front of the house,” the Hingham Police Department said.

The police department issued the driver with a citation for failing to stay in marked lanes.

The Samuel Lincoln House’s owners were asleep in their upstairs bedroom when the impact of the Audi SUV shook the home. Various trimlines of the vehicle sold for between $50,000 and $80,000 when it was new.

The homeowners said they will repair the historic house and hire a team of specialists to repair a sign that the Audi knocked off the home.

Samuel Lincoln was one of eight early English settlers in Hingham; he purchased the land in 1649. The house was constructed in 1650, and it housed seven generations of President Lincoln’s ancestors. The historic location was dedicated in 1930.

Samuel’s fourth son, Mordecai Lincoln, would become a distant uncle to the future president Abraham Lincoln, who was born in 1809 to Thomas and Nancy Hanks Lincoln. Samuel Lincoln died in 1690, and his wife Martha Lyford died three years later.

Abraham Lincoln’s own adult home, a cottage in Springfield, Illinois, is maintained with much of its original structure, walls and foundations by the National Park Service. It became a National Historic Site in 1972.