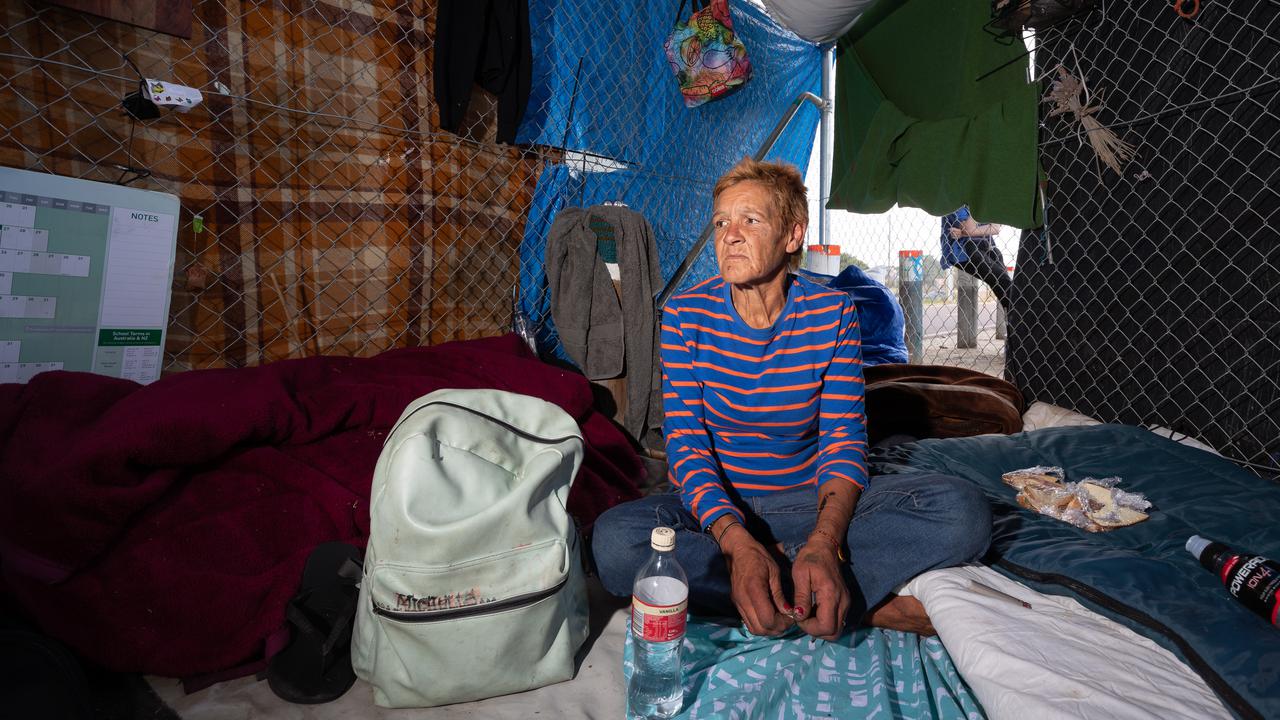 A lack of long-term social housing is blamed for more than 9000 women a year becoming homeless. (Richard Wainwright/AAP Image)

CANBERRA, Australia — Homelessness is projected to surge across Australia by nine percent this year, and housing stress could increase by 24 percent.

The two are joint symptoms of a broken national system, said advocacy coalition Everybody’s Home. Instead of treating the issues separately, the organization suggests a holistic approach with five prongs.

It wants more first-home buyer support, more low-cost properties, a better deal for renters, immediate relief for stressed households, and a plan to end homelessness by 2030.

The group, which counts the Salvation Army, Vincent de Paul, and Sydney and Adelaide city councils among more than 300 partner and support organizations, is adamant owners, tenants, and the needy are in the same boat.

“We cannot have a situation where house prices rise at close to 10 percent a quarter in some cases while social housing declines,” said Kate Colvin, campaign leader.

“That is a recipe for more housing stress, more homelessness, and deepening inequality. On the current trajectory, housing stress is only going to worsen for people on low and middle incomes, which is why we need the federal government to make an urgent investment in social housing.”

In June, the federal minister for homelessness, social, and community housing Michael Sukkar rolled out the latest in a series of projects: AU$30 million ($22.1 million) to build more than 100 social housing dwellings in Greater Hobart by 2022.

Australian Institute of Health and Welfare data shows the proportion of social housing has declined nationwide between 2014 and 2020 from 4.6 to 4.2 percent.

House prices jumped by up to 9.3 percent between January and April, as per CoreLogic’s report.

The national rental market is also supercharged, with rents for houses increasing 15.1 percent on average and those for units up 8.1 percent in the past year.

7500 more people are expected to become homeless this year, up from 83,000, and mortgage and rental stress rates will advance by a quarter, as per the modeling by analytics firm Equity Economics.

At the top of the Everybody’s Home wish list is 30,000 new public housing units as a first step in addressing what it estimates is a national shortfall of more than half a million affordable dwellings.

It said the deficiency across a mixture of apartments, townhouses, and free-standing residences is evident in every suburb and town in the country.

“Homes that ordinary families can afford are critical infrastructure for every community,” said Colvin.

“With a home, everybody has the ability to live, work and raise their families, but surging prices and low vacancy rates mean ‘a place to call home’ is increasingly out of reach for many Australians.”

In a report to the national Women’s Safety Summit, it found the AU$7.6 billion ($5.6 billion) cost of the federal government investing in 16,800 extra social housing units would be dwarfed by economic benefits of AU$15.3 billion ($11.3 billion) and creation of 47,000 jobs.

The additional accommodation would also generate savings of AU$122.5 million ($90.1 million) a year due to women not returning to violent partners and AU$257 million ($189.1 million) due to them not having to experience homelessness.

The federal government said it has committed more than AU$72 million ($53 million) since September to the Safe Places Emergency Accommodation Program to support women and children escaping violence.