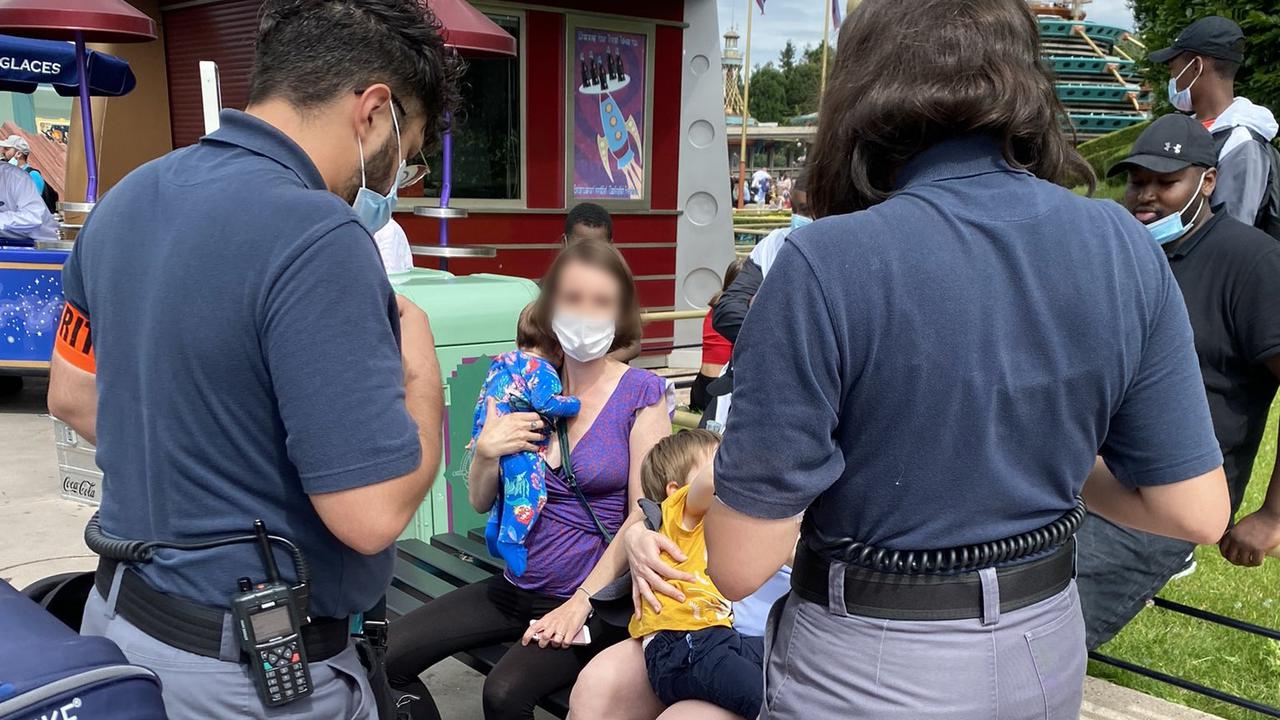 CANBERRA, Australia — When Australian mum Laura took her young family to the ‘happiest place on earth,’ she did not expect a fight for her right to breastfeed.

Laura, who does not want her surname published, is based in Paris with her French husband, and the couple had promised their five-year-old her first trip to Disneyland after months of coronavirus confinement.

During their visit, while her husband and daughter went on a ride, Laura breastfed her two-month-old on a bench.

Soon, she had two guards standing over her and another, undercover and sitting next to her, telling her to cover up.

When Laura said ‘no,’ they told her to move on or use the park’s only baby care room, arguing her breastfeeding was offensive to other patrons.

“They were trying to make me feel shame,” said Laura.

“At the beginning, I felt humiliated; I felt so vulnerable in this really intimate time and something that I considered completely normal and natural.”

The commotion drew the attention of a pregnant woman who started breastfeeding next to Laura in solidarity.

It stirred a social media storm in France, where there is debate about legal protections for breastfeeding mothers in a country with some of the lowest rates in the first world.

Laura, who was herself raised in Alice Springs, is speaking out because she does not want others being confronted.

Talking to loved ones in Australia, they have told her it was not unusual for them to feel uncomfortable feeding in public.

“Although Australia’s laws do support and protect women, I think there needs to be more done in terms of education about breastfeeding and normalizing it,” she said.

Australian Breastfeeding Association’s Miranda Hull said it is hard to know attitudes in Australia because they have not been surveyed since 2010.

As recently as March this year, a Gold Coast mother was asked to move on after she began breastfeeding at a shopping center in front of luxury designer stores.

“Unfortunately, of course, we really only hear about this topic when someone is challenged about breastfeeding in public,” said Hull.

August 1 to 7 is World Breastfeeding Week with the theme of “a shared responsibility.”

Hull said small things can help a lot when someone is trying to breastfeed, such as offering to cut up food so they can eat with one hand, asking if they need water, or volunteering to help contain a toddler.

“We deeply regret this situation and once again apologize to the mother in question,” said Disney.