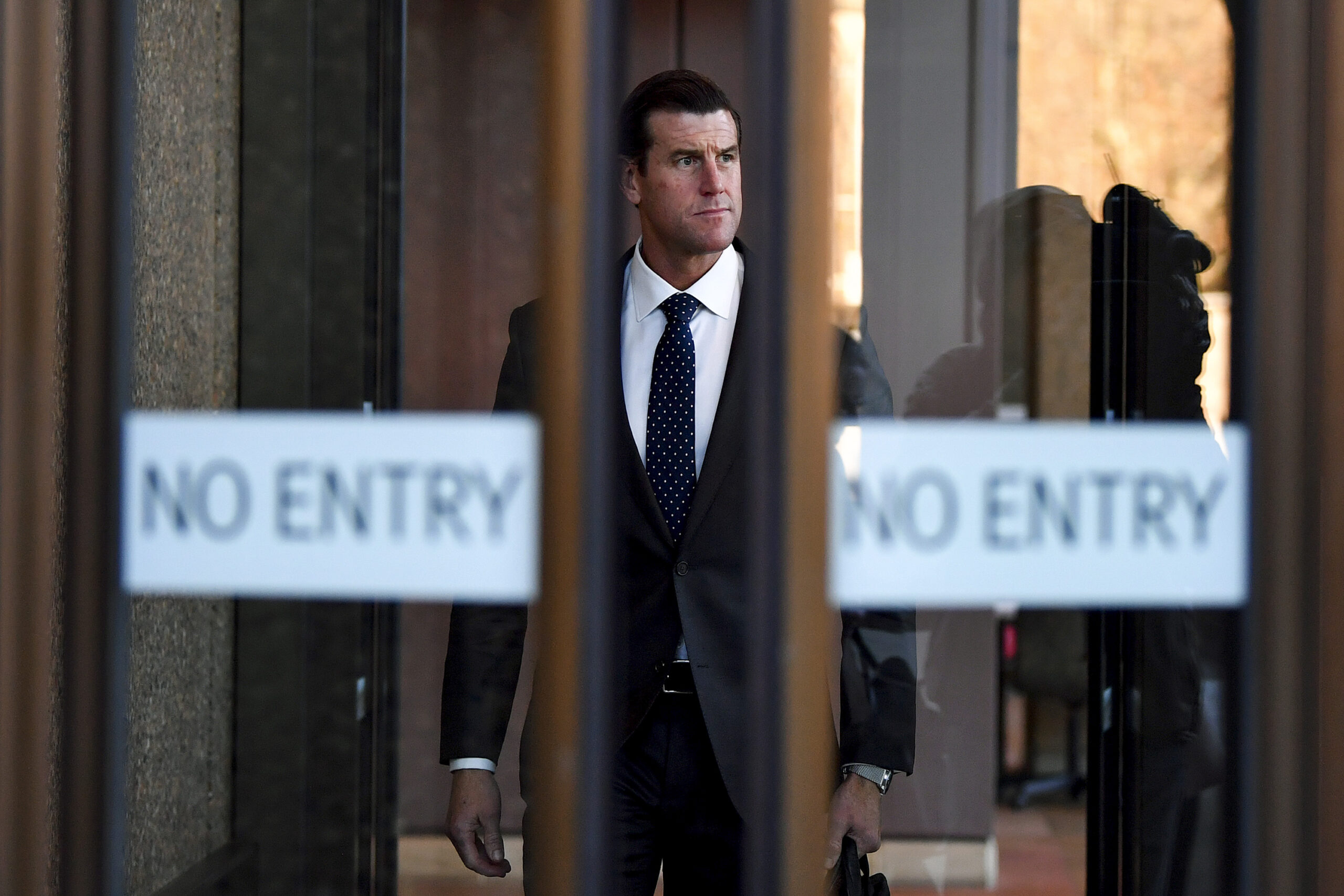 Ben Roberts-Smith, a highly decorated former SAS soldier, is suing three newspapers over reports alleging he was involved in war crimes, murders and bullying during the war in Afghanistan. (Joel Carrett/AAP Image)

The Federal Court will sit in person next week to take evidence from four Afghan villagers about their encounters with Australia’s Special Air Service Regiment.

Roberts-Smith, a highly decorated former Special Air Service soldier, is suing three newspapers over reports alleging he was involved in war crimes, murders, and bullying during the war in Afghanistan.

The villagers are due to give evidence from Afghanistan’s capital, Kabul, the court was told on July 19.

But fighting between the national government and the Taliban in regional areas meant the villagers’ ability to travel to Kabul was becoming increasingly risky, said Nicholas Owens, a barrister.

“The situation in regional areas may change very quickly, and terrorist attacks on the capital are a credible risk,” he said.

“In the event, the Afghan witnesses’ evidence was delayed beyond July 26, the increasing domestic risk may cause the villagers to take the understandable position that it is not worth their while to potentially harm themselves for proceedings that do not provide any direct benefit for them.”

The court was told that Roberts-Smith took a position of “studied neutrality” on the brief resumption.

Bruce McClintock SC said they understood the issues from the newspapers’ side but emphasized there were “very real public health issues” in Sydney that had, on his information, “materially worsened over the weekend.”

He also submitted it was “imperative” to get the entire trial restarted as soon as possible, with his Sydney-based client under “stress.”

“He is separated from his children, he has stood down from his job, he has come from Queensland, his parents (have come) from Perth,” said McClintock.

“His life is, in effect, on hold until this case is over.”

McClintock raised the possibility of the court relocating to Adelaide and Canberra.

A number of witnesses were from Western Australia and faced being locked out of their state if they went to Sydney to give evidence.

“The alternative of letting the case go off in limbo is extremely concerning,” said McClintock.

But the Commonwealth, which is observing the case to protect classified information and other matters of national security, said any relocation would be a six-to-eight-week operation.

That was because any new person who became involved in the case, including transcribers and court staff, must be vetted, as did legal premises and courts that would hold any classified files.

The classified material and need for closed court hearings also removed the option for the trial proper to operate in a work-from-home environment.

Sydney recorded 98 new coronavirus cases and will be in a citywide lockdown until at least July 31.

Justice Anthony Besanko ordered the trial resume for the Afghan witnesses for one week from July 26.

A directions hearing will be held concerning when to resume hearing from Australian witnesses.

Roberts-Smith, Australia’s most decorated soldier, is suing over claims in media reports from 2018 he said paint him as a criminal who broke the moral and legal rules of engagement during his military deployments in Afghanistan.

Already delayed a year due to Covid, the landmark trial was adjourned in late June, its fourth week — before the newspapers were able to open their defense case.