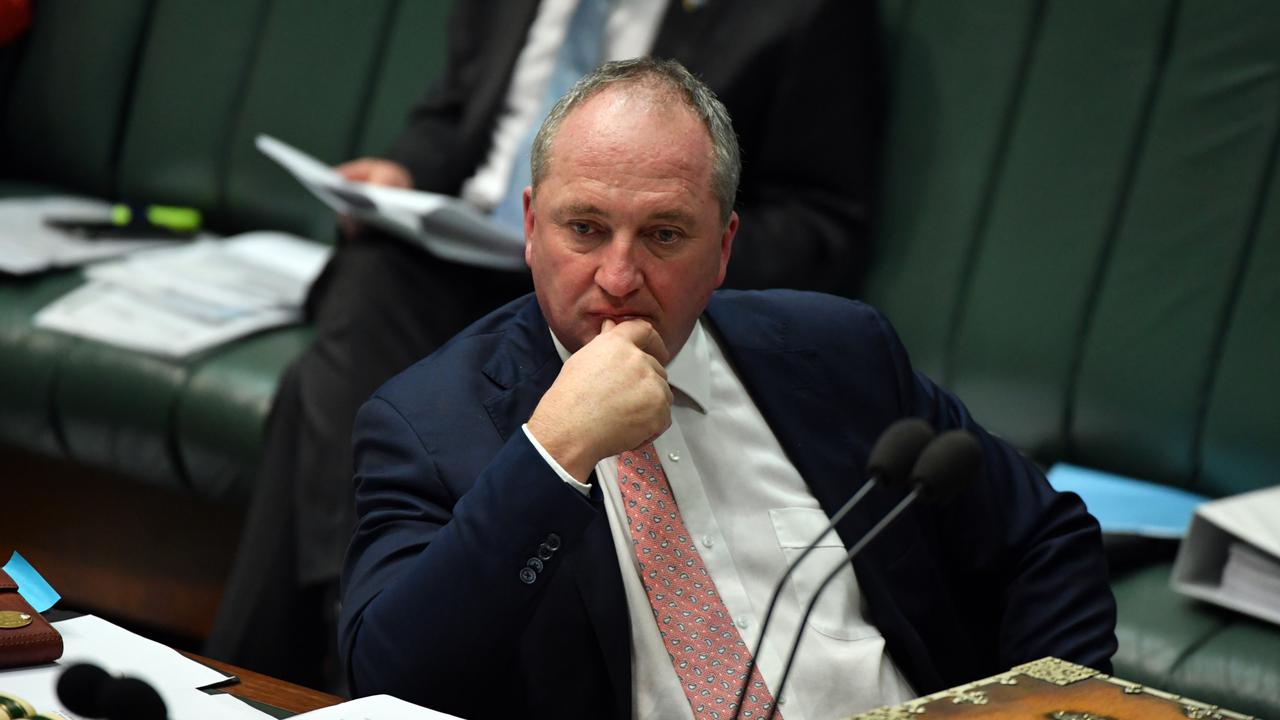 Barnaby Joyce signalled he would consider net zero emissions by 2050 only if more detail was given. (Mick Tsikas/AAP Image)

CANBERRA, Australia — The deputy prime minister of Australia, Barnaby Joyce, has likened agreeing to a policy of net zero emissions by 2050 to going into a restaurant and ordering a meal without knowing what you are getting and how much it will cost.

The coalition government has yet to formally agree to a 2050 target but talks about being on a path to one.

But Joyce, who recently returned to the leadership of the Nationals party and the role of deputy prime minister, has yet to be convinced.

Joyce was asked whether he supports a 2050 emissions target.

“Generally how restaurants work is you go in and have a menu and they have what is on the menu for lunch and what the price is,” he said.

“That is how a competent decision is made and that is what we are looking for. What is on the menu and what the price is.”

He said that is the rational process and how you go about anything, but the Labor party’s approach is that they do not care what is on the menu.

“They do not care what is the price and when what turns up is sauteed gherkins and sashimi tadpoles, they will accept anything for lunch,” said Joyce.

He said that he could not be clearer whether he is in favor of net zero by 2050.

“I am quite happy to consider the menu when you tell me what is on it and what it costs,” said Joyce.

Last week the European Union announced a proposal to introduce a tax on energy-intensive imports from countries without a carbon price.

It would mean Australian exporters would have to pay more to sell into the European Union compared with producers from countries that have more ambitious climate policies.

Joyce was unimpressed, saying the European Union is bringing in arbitrary tariff barriers which will impede the economic recovery from Covid if the world goes down that path.

“What is happening to Europe with the so-called carbon tariff is just a tariff,” he said.

“Forget about the adjective, it is just a noun. It is a tax.”

To reach net zero emissions by 2050, annual clean energy investment worldwide will need to more than triple by 2030 to around $4 trillion, as per reports by the International Energy Agency.

“This will create millions of new jobs, significantly lift global economic growth, and achieve universal access to electricity and clean cooking worldwide by the end of the decade,” states the report.