A Star Is Born: New Deep Space Images Could Reveal How Stars Are Created

Scientists are studying new clues to unlock the deepest mystery of space. 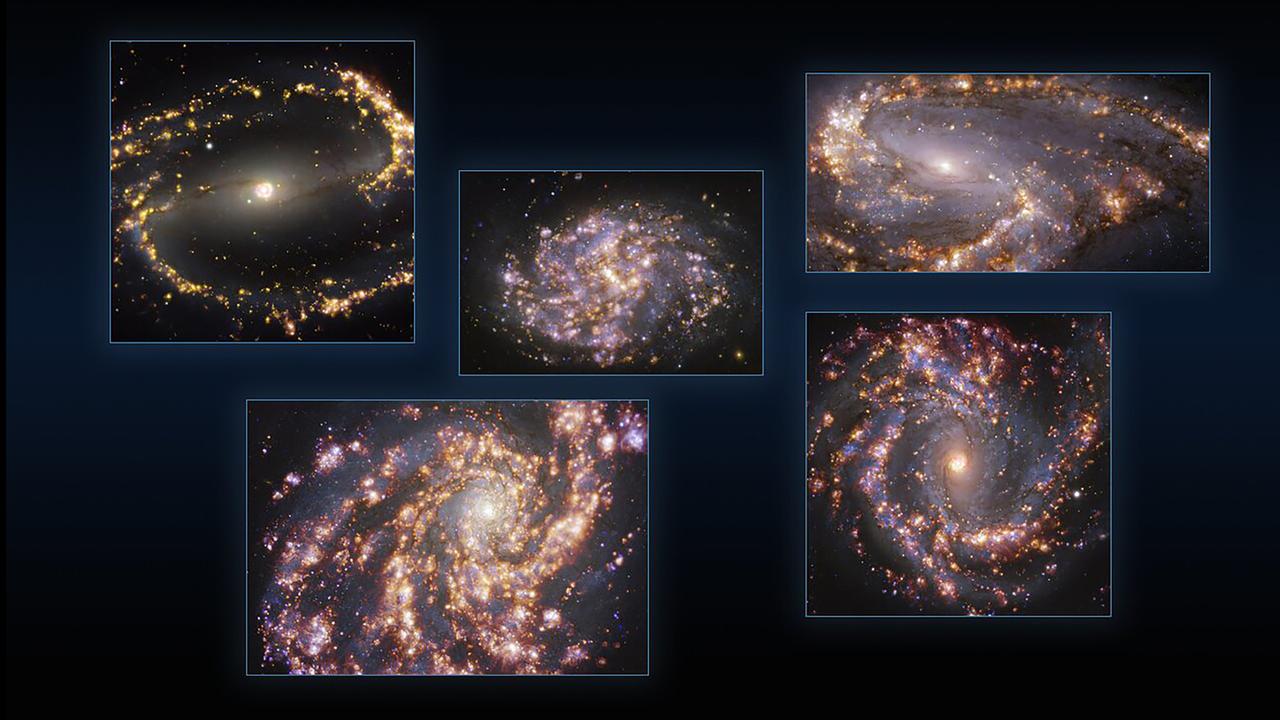 More than 90 scientists are trying to solve the mysteries of how stars are formed. (AAP Image)

SYDNEY — While Hollywood has its own ideas about how a star is born, astronomers have released a series of images helping to reveal why the brightest lights form in space.

Using observations from the world’s most powerful telescopes, scientists examine parts of space where star formation is happening compared to where it is expected to happen.

“This will give us a chance to better understand what triggers, boosts, or holds back the birth of new stars,” said Rebecca McElroy from the Sydney Institute for Astronomy.

The images show different components of galaxies near the Milky Way in distinct colors, allowing for the pinpointing of young stars and the gas they warm up around them.

This looks a little like fireworks to the untrained eye, but scientists say the stellar nurseries hold the secrets of how clouds of cold gas ignite to become stars.

While it is known stars are born in gas clouds, the catalyst for their formation and the role played by galaxies is a mystery that more than 90 scientists are trying to solve.

One of the ways they are doing so is with the use of the Multi-Unit Spectroscopic Explorer.

The high-tech instrument collects spectra, the “bar codes” of light that can be scanned to show the properties and nature of objects in the cosmos.

The Multi-Unit Spectroscopic Explorer observations have been used in combination with radio wavelength signals from 66 dish-shaped antennas that form the Atacama Large Millimeter/submillimeter Array in Chile.

“Multi Unit Spectroscopic Explorer has given us an unprecedented view of what is going on inside galaxies,” said Brent Groves from the University of Western Australia.

“By combining these observations with those from Atacama Large Millimeter/submillimeter Array, we are able to see newborn stars while they are still surrounded by the blanket of gas they have formed from. The resulting images are absolutely stunning; they allow us a spectacularly colorful insight into the stellar nurseries of our neighboring galaxies.”

The work is part of the Physics at High Angular Resolution in Nearby Galaxies project, which also features NASA’s Hubble Space Telescope observations.

Observatories were selected so the team could scan earth’s galactic neighbors at different wavelengths; visible, near-infrared, and sub-millimeter.

NASA has returned the science instruments on the Hubble Space Telescope to operational status, and the collection of science data will now resume.

“Hubble is an icon, giving us incredible insight into the cosmos over the past three decades,” said Bill Nelson, NASA Administrator, in a statement.

“I’m proud of the Hubble team, from current members to Hubble alumni who stepped in to lend their support and expertise. Thanks to their dedication and thoughtful work, Hubble will continue to build on its 31-year legacy, broadening our horizons with its view of