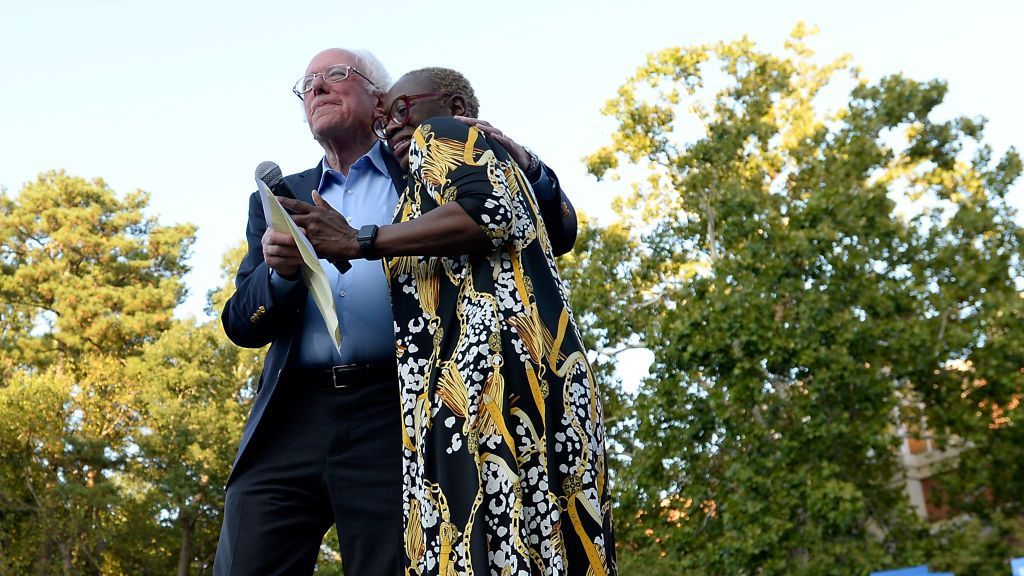 CLEVELAND — The moderate and progressive wings of the Democratic Party may have put aside their differences last year to get President Joseph R. Biden Jr. elected and keep Donald J. Trump a one-term president, but that’s already a distant memory here in Ohio.

As nationwide primaries for next year’s midterms approach, the two wings are once again battling it out — this time for the Aug. 3 primary election for the state’s 11th congressional district, a safe Democrat seat held by Rep. Marcia L. Fudge from 2008 until she vacated it to become Biden’s Housing and Urban Development Secretary.

While thirteen Democrats are vying for the seat, Nina Turner, the co-chair of Sen. Bernie Sanders’ (I-Vt.) 2020 presidential campaign, and Shontel Brown, a county councilor endorsed by 2016 presidential candidate Hillary R. Clinton, are the clear favorites, reigniting a battle for the future put briefly on hold by Biden’s rise.

“Party control is built one vote at a time. So the outcome could impact the future of the Democratic Party, and in turn American politics,” Joel Lieske, a politics professor and American government specialist at Cleveland State University, told Zenger.

Lieske, himself a former Republican candidate, described the battle as between a group of ascendant “socialists” — led by Sen. Sanders and “the Squad,” including Rep. Alexandria Ocasio-Cortez (D-N.Y.) — and a “liberal establishment” led by Biden, Senate majority leader Chuck E. Schumer (D-N.Y.) and House Speaker Nancy P. Pelosi (D.-Calif.).

With early voting underway, both candidates have been aggressively campaigning for the seat, which covers a long stretch between Cleveland and Akron, and have, in fact, so far mostly touted similar policies, including support for universal health care.

The divide so far has been between their proposed approaches to achieving those policies with a Democrat in the presidency — and the focal points of their rhetoric.

“Why should people who have more wealth get more voice than any of us?” Turner asked supporters gathered outside a polling location in Akron on July 9, calling for a Democratic Party that actively elevates the voices of the poor and the left behind.

“I’m not trying to drown out their voice,” she said of the wealthier people represented by both major parties, “but I don’t want them drowning out our voices either.”

Key aspects of Turner’s campaign platform include legislating generous state-provided healthcare through “Medicare for All,” as well as affordable housing options, a mandated living wage for all workers, and deep reform of the criminal justice system to decrease incarceration rates and increase accountability for law enforcement.

“I am running to be a voice for change, to uplift the downtrodden, including the poor, the working poor, and the barely middle class,” Turner said during the Democratic Party’s primary debate at the City Club of Cleveland on June 22.

“You send me to Congress, and I will make sure that we tax the wealthy, to make them pay their fair share, and to center the people who need it most in this district,” she pledged. “You will always know whose side I am standing on.”

Brown, meanwhile, made history in 2017 as the first woman and first black person to be elected chair of the Cuyahoga County Democratic Party. She has also been endorsed by Clinton, and has campaigned by emphasizing her alignment with Biden’s approach.

Other key aspects of Brown’s campaign platform include making education more affordable and accessible to residents of the 11th district, and fighting gun violence by requiring universal background checks on gun sales and by banning assault rifles.

Though Brown has said she is also in favor of a universal healthcare system, she says she wants to work constructively with Biden’s administration to reach that goal. Unlike Turner, Brown has said she prioritizes the value of working collaboratively with willing Republican colleagues in Congress, rather than trying to go it alone.

“We have to be able to compromise so that we can get some things done,” Brown said at the primary debate, arguing there was a self-interest for Democrats in negotiating.

She said finding areas of agreement across the aisle on issues like education, health care, housing affordability and gun safety would mean more robust and future-proof legislation, even if it did not end up being exactly what the Democrats wanted.

“Do we just reverse course on every progress we’ve made? No. So we have to be able to work collaboratively and figure out how to get things done, so we can have legislation and policy that’s built to last, not just some short-term quick fix.”

While once controversial policies such as universal health care appear to have won the battle of ideas among Democratic voters, the Turner-Brown battle shows that the skirmishes in the party are today more about willingness to negotiate, and according to Christopher Banks, a political science professor at Kent State University in Ohio, moderates seem to have the upper hand.

“A real tension in the Democratic Party is whether it needs to be as extreme as the Republican Party, in general Trumpian terms,” Banks told Zenger. “So far, with Biden’s election nationally, who of course beat Bernie Sanders for the nomination, the more centrist Democrats’ position seems to be more viable electorally, at least for the moment.”

Banks pointed to the current New York mayoral election as another example, with the “moderate” Democrat, Eric L. Adams, winning the Democratic primary.

Adams and Kathryn A. Garcia, another establishment Democrat, led the race and easily disposed of Maya D. Wiley, who was endorsed by Rep. Ocasio-Cortez.

A win for Turner in Ohio would mean, on the other hand, a victory for the progressive left and carve out an easier path for more progressive candidates in the future.

“In some ways, character comes into play as well, and Turner’s ads have been generally more negative, and she has criticized Biden,” Banks said. “How voters judge that, along with more progressive positions on local issues, is what this race is all about, and it sends a signal nationally as to what Ohio is thinking in a very Democratic district.”

However, Justin Buchler, an associate professor at Case Western Reserve University in Cleveland who specializes in Congress, elections, and political parties, noted that the differences between Turner and Brown were, in the end, relatively insignificant.

“The fact that the contest is the focus of attention for the political world makes it tempting to exaggerate differences that are not that large, when the bigger difference is the difference between the highly polarized parties,” he said.

At the end of the day, while Brown may have expressed more interest in working across party lines, both would likely just cast votes along party lines most of the time, he said.

“Mostly, Representatives cast roll call votes, and I am not certain when Brown and Turner would vote differently on any real piece of legislation,” Buchler said. “In the hypothetical case of a close contest over a leadership position, they might vote differently, but such contests are rare, and mostly resolved behind closed doors.”

The primaries for Ohio’s 11th congressional district, which has been held by Democrats since 1983, is scheduled for Aug. 3, ahead of the special election for the seat Nov. 2.