VIDEO: Robochop: The Robot Chef That’s Taking Over The Kitchen 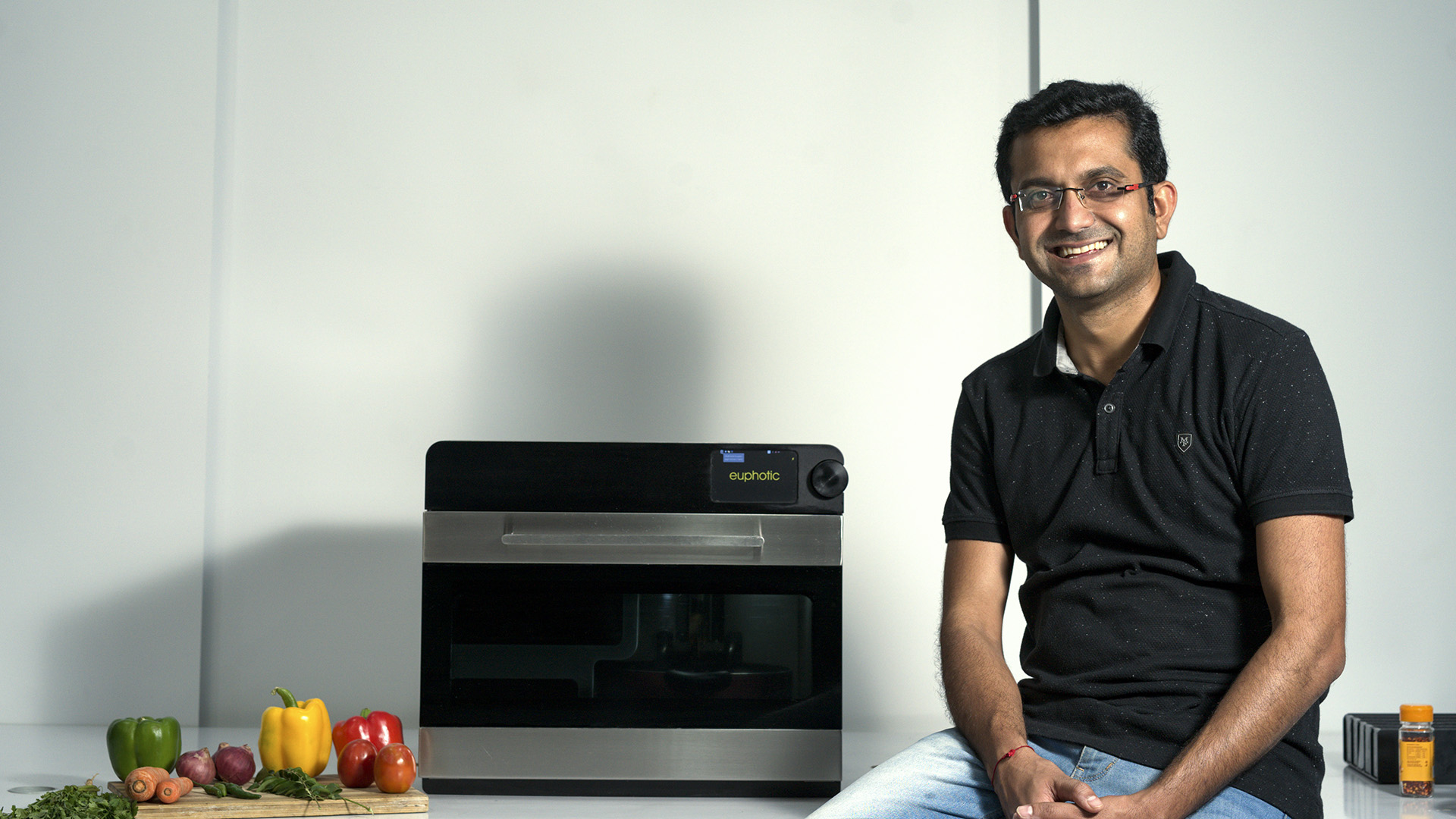 NEW DELHI — Imagine returning home from a busy day at work and not having to cook yourself a meal. Well, that is exactly what “NOSH”, your friendly kitchen robot, will do if you treat it well.

Yatin Varachhia, 35, co-founder of Euphotic Labs, and his friends Pranav Raval (51), Amit Gupta (31), and Sudeep Gupta (31), who are also a part of the start-up based in the southern Indian city Bengaluru, have developed a one-of-its-kind robot that cooks called “NOSH”.

The invention was born out of necessity.

“It was a struggle for my wife and me, a Gujarati couple living in Bengaluru, to find the kind of properly cooked and hygienic food that we liked,” Yatin told Zenger News. “We just couldn’t find anyone who could cook according to our taste.”

This was when he thought of contributing to kitchen chores not with his cookery skills but by his knack for robotics and automation.

The project was initially funded by the friends who put in close to $9,389. Then they raised around $33,535 from other friends. They also got a grant from the ministry of micro, small and medium enterprises for around $20,121.

While the ideation over NOSH was going on, Yatin realized that he and his wife were not the only ones facing this problem.

“Most people either consume refrigerated food or order using online delivery applications, which basically deteriorates their health,” he said.

The Journey Of Developing NOSH

It took Yatin and his team three tumultuous years, multiple iterations and six prototypes, and a continuous process of feedback and readjustments to arrive at the finished product, which now is the size of a microwave oven and can easily be placed anywhere.

“When I showed my wife the robot for the first time, she said it looked like a satellite and not a kitchen cooking device. It was huge,” said Yatin.

Besides design, getting a robot to mimic human behavior in the kitchen was a challenge.

Amit Gupta, another co-founder of Euphotic Labs, says that since this is a first-of-its-kind product, it was difficult to make it as there was no reference.

“Everything has been implemented through personal experiences. Now NOSH cooks the way we cook food at home,” he told Zenger news.

“If the rava is not properly roasted, it won’t taste good, and if you make dosa [crêpes made of rice batter] or upma [roasted semolina] out of it, even that will taste bad,” he said.

Therefore, making sure that semolina was roasted properly was a task, but this challenge helped them improve the device.

Amit Gupta believes that this product will provide home-cooked food to people, cut down on packaged food, and decrease carbon footprint, as less packaging material will be used.

Raval, another co-founder at Euphotic Labs, says that the product is easy to control and does not require any particular expertise.

“It is a three-step process,” he told Zenger News. “The first step is to put the ingredients in the tray. The second step is to give it your commands, and the final step is eating.”

Currently, the robot can cook 120 dishes and perform functions like deep-frying to boiling to simmering—the only requirement is that it should be in the recipe list of NOSH.

The four friends plan on increasing the number of dishes soon. However, apart from cooking, the team is making sure that NOSH can handle other things. They are planning an app connected to NOSH that will remind people of when the groceries will be getting over and help people place orders.

“From ordering groceries to people being able to make dishes added by different people across the globe, NOSH is going to be a one-stop solution for all your cooking needs,” Yatin said.

We plan to test the market in India and then focus on the US market, which is home to more than 4 million Indians craving freshly cooked homely food with convenience.

The idea is to deliver the best possible experience to NRI consumers, achieve consumer trust, and expand to other Asian Americans and other geographies such as Canada, UK, Singapore, Australia, etc.

“Soon will be starting the trials in the US,” Sudeep Gupta told Zenger News.

“Our idea is to reach product life fit. The customers must feel the product is very well fit for her life during our trials. That’s when we will proceed to mass manufacturing of the product.”

Till now, Yatin and his team have conducted more than 150 demos of the product and have conducted eight trial runs, through which a handful of people have booked it in advance before the official launch.

Although the pandemic and the subsequent lockdown have thrown challenges at them by disrupting the supply chain, the NOSH has received good initial reviews.

Amit Sharma, an initial trial run user, based in Bengaluru and a friend of the founders, says the quality of food cooked by NOSH is similar to home-cooked food. Sharma has placed a pre-launch order.

“We live in a kind of era where we want contactless food which is hygienic, and this automated kitchen robot provides you that,” he told Zenger News.

Sharma also believes that with NOSH in place, he and his wife, Parul Jain, a working professional, were able to plan meals effectively, and this was the only method of cooking they used. They were also quite happy with the result.

Yatin believes that NOSH will provide a platform where people will upload their recipes, and they can be cooked anywhere in the world.

“NOSH will provide such a platform where one can just upload one’s recipe on our application the way people upload their recipes on Google and YouTube and can be cooked by anyone in any kitchen,” Yatin said.

“So, if you are missing your mother’s kadhai paneer [a dish made with cottage cheese] or chicken curry, you can ask her to add the recipe in the application and get cooked food.”