VIDEO: Owl’s About That? Leo The Long-Eared Owl Goes All Gooey Eyed As She Takes A Shower 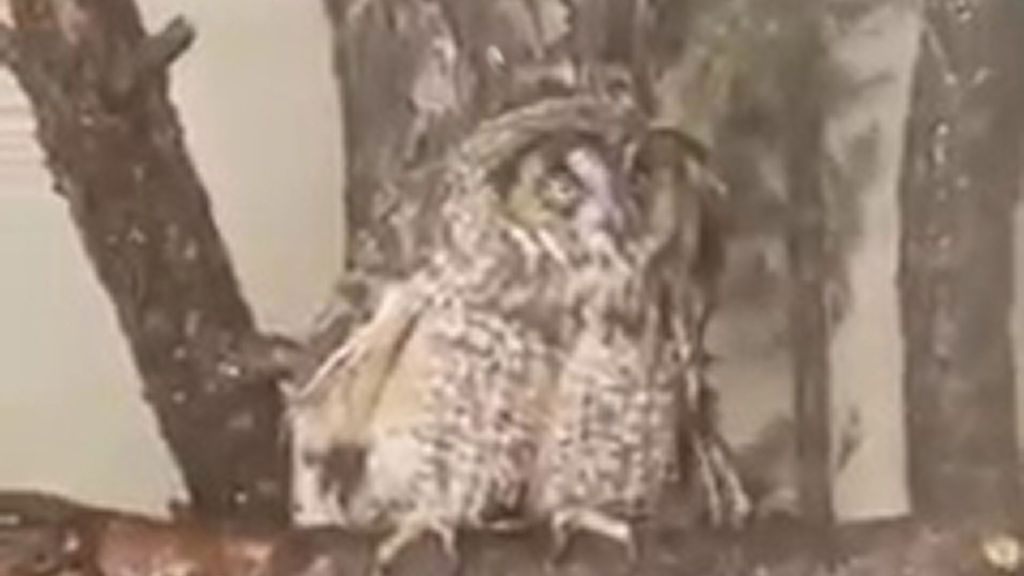 Refreshing shower for Leo, the long-eared owl in the BC Wildlife Park in Kamloops, British Columbia, in Canada. (@BCWildlifePark/Zenger)

An owl went googly-eyed while enjoying cool shower mists at a wildlife sanctuary in Canada.

The cute scene was filmed at the British Columbia Wildlife Park in Kamloops in the Canadian province of British Columbia, and shared on social media with the message: “Hot weather calls for cool shower mists for Leo, the long-eared owl.”

In the video, the long-eared owl (Asio otus), Leo, can be seen standing on a branch enjoying the cool mist. The bird stretches out slightly to the left or to the right as if not to miss a water drop.

“Falconer Jamie offered her a gentle mist — watch as she spreads her wings to get as wet as possible, as though she was sitting in a rain shower.”

“Leo is a wild-born, long-eared owl and was found as a juvenile at the base of a tree,” said Julie, a marketing and events manager at the British Columbia Wildlife Park.

“Upon admittance to the Fawcett Family Wildlife Health Center (in the wildlife park), it was determined she had sustained injuries to her wing, and it had not set properly prior to her arrival at the health center, making her ineligible for release,” Julie added.

Julie says staff believe Leo was likely born in September 2012. The owl has limited flight capabilities due to her previous injuries.

Long-eared owls can be recognized by their signature ear tufts, which “point straight up like exclamation marks,” according to The Cornell Lab of Ornithology. These tufts give the birds a surprised and comical appearance.

“Long eared owls have asymmetrical ears, meaning one is higher on the side of the head than the other, allowing for precision hearing,” Julie said of Leo’s appearance. “The long tufts of feathers on top of their heads are not actually ears, but are feathers that help to break up their outline, aiding in their camouflage.”

The long-eared owl, also known as the northern long-eared owl, can be found living in many areas in Europe as well as in North America. The birds range in height from about 14 to 16 inches and their wingspans can reach up to 3.2 feet.